As an independent non-profit performing a public service, JURIST relies on the contributions of our readers – people like you – who benefit from the unique mix of serious legal news and commentary that JURIST and its law student staffers provide 365 days of the year, for free.

Because your support is such a critical part of JURIST’s success, we want you to know all about how JURIST operates, who is responsible for managing the service, and ultimately how we spend your contributions.

Who’s on JURIST’s Board of Directors?

JURIST’s Board of Directors is composed of practicing attorneys, academics, and digital media experts who use their expertise to guide JURIST’s efforts. The majority of our Directors are also JURIST alumni, ranging from the first student staff member to recent graduates. 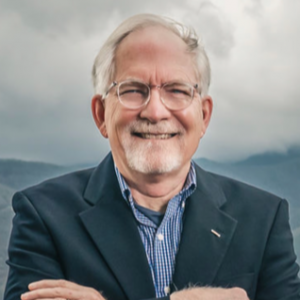 David M. Crane was the founding chief prosecutor of the international war crimes tribunal in West Africa called the Special Court for Sierra Leone. It successfully prosecuted those who bore the greatest responsibility for war crimes and crimes against humanity, including the first sitting African head of state in history, President Charles Taylor. He recently published a book on his experience there called Every Living Thing, the first time a prosecutor has written about his daily experiences seeking justice for victims of atrocity.
Dr. Crane served thirty years in the US federal government prior to his selection by Kofi Annan to be the Chief Prosecutor of the Special Court. A member of the Senior Executive Service of the United States, he retired from federal service as the Director of the Office of Intelligence Review in the Department of Defense. Since leaving West Africa, Dr. Crane has been a leading force in seeking justice for the people of Syria through the Syrian Accountability Project and assisting in creating the International, Impartial, and Independent Mechanism for the Republic of Syria. The Syrian Accountability Project is part of the Global Accountability Network (which he founded) that also houses the Yemeni Accountability Project and the newly created Venezuelan Accountability Project, as well as the Uyghur and Ukrainian Accountability Projects.  He recently retired as a professor at Syracuse University College of Law where he founded Impunity Watch. Dr. Crane is currently a distinguished scholar in residence at Syracuse University and an adjunct professor with the Washington College of Law of American University where he teaches international criminal practice. 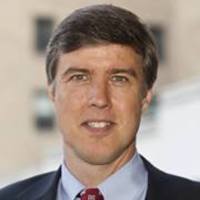 Professor Bernard J. Hibbitts is the Board’s Chairman and a Professor of Law at the University of Pittsburgh School of Law. Originally from Halifax, Nova Scotia, Canada, he studied law at Oxford as a Rhodes Scholar, at Dalhousie University, at the University of Toronto and at Harvard, where he was Associate Editor of the Harvard International Law Journal. He clerked for Justice Gerald Le Dain of the Supreme Court of Canada. Professor Hibbitts founded JURIST as a personal project in 1996. 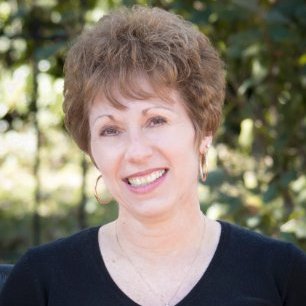 Professor Toni R. Locy is a Professor of Journalism at Washington & Lee University in Lexington, Virginia. For 25 years, she reported for many of the nation’s largest news outlets. She covered the US Supreme Court for AP, federal courts in Washington, DC, for the Washington Post and the Massachusetts State House for the Boston Globe. She also worked on an investigative team at US News & World Report. While earning an MSL degree at Pitt Law, she served as a student editor for JURIST. She is the author of Covering America’s Courts: A Clash of Rights, a journalism textbook on covering the courts and the law. Professor Locy previously served as the Donald W. Reynolds Professor of Legal Reporting at Washington & Lee from 2008 to 2013, and the Shott Chair of Journalism at the West Virginia University School of Journalism from 2007 to 2008.

Arjun Mishra is a Staff Attorney at KidsVoice in Pittsburgh, where he advocates in court for abused and neglected children. He received a BA in History and Political Science and a BS in Psychology from Syracuse University in 2012 and a JD from the University of Pittsburgh in 2015. During law school, Mr. Mishra served as JURIST’s Editorial Coordinator.

Devin S. Montgomery is an independent project management consultant in Pittsburgh. He is also the owner of Boilerwerks LLC, an outdoor equipment company. Mr. Montgomery served as Managing Editor for JURIST while at Pitt Law. He received his BA in Philosophy from West Virginia University in 2004, and both a JD and an MBA from the University of Pittsburgh in 2011.

Andrew Morgan is staff counsel at PNC Bank in Pittsburgh in the Technology and Intellectual Property Group. During law school, Mr. Morgan was the Chief of Staff for JURIST. He also served as JURIST’s Executive Director from January 2013 until May 2018. He earned a BA in Computer Science from New York University in 2002 and a JD from the University of Pittsburgh in 2011. 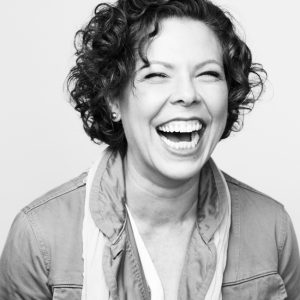 M. Alejandra Parra-Orlandoni is currently on Facebook’s Privacy & Data Public Policy team. She led the team’s strategy & planning for 18 months and now focuses on shaping policy on emerging topics like privacy enhancing technologies. Prior to that, Alejandra was lead counsel for QuantumBlack, the machine learning arm of McKinsey, where she partnered with business and technology leaders to redesign AI development and delivery operations and helped shape new client service offerings around responsible AI. Alejandra also served as an attorney at Gunderson Dettmer and Arnold & Porter advising sovereigns and companies from a broad spectrum of industries. Alejandra was a Harvard Graduate School Leadership Institute Fellow and conducted research for Harvard Law School’s Program on International Law and Armed Conflict. She also served in DoD’s Office of the General Counsel, where she advised on autonomous weapons policy, space law, and DoD’s sexual assault response program. Before attending law school, she served as a Surface Warfare Officer in the US Navy and completed two deployments. She also worked on a Navy-funded project designing behaviors for autonomous underwater vehicles.

Alejandra holds a JD from Harvard Law, MS in Mechanical Engineering from MIT, and BS in Control Systems Engineering from the US Naval Academy. When she isn’t working, she is spending time with family, working out, painting, and playing with her dog. 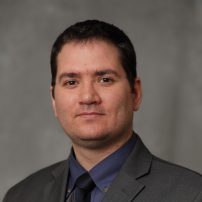 D. Wes Rist is the Deputy Executive Director at the American Society of International Law (ASIL), where he has worked since 2012, previously as the Director of Education and Research. At ASIL, he supervises the Society’s educational programming, including its Annual and Midyear Meetings, as well as its various Interest Group programs, the Society’s two Signature Topics, and general member activities. He also works with high schools, community organizations, and other public groups as part of the Society’s public education and outreach about international law. Mr. Rist is a member of the Prevention and Protection Working Group, a collection of civil society organizations that coordinate on genocide and mass atrocity prevention activities. In that capacity, he works with international, regional, and domestic government officials on atrocity prevention efforts through legislative compliance, education, and engagement. Previously, he served as Assistant Director of the Center for International Legal Education and Professor at the University of Pittsburgh School of Law. He holds a JD from the University of Pittsburgh School of Law and an LLM (with distinction) from UWE Bristol Faculty of Law in the United Kingdom. 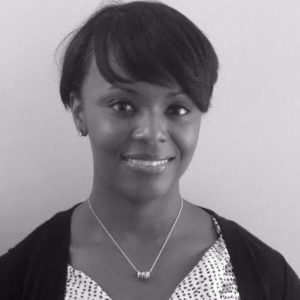 Alex Samuel is Managing Senior Counsel of Litigation at PNC Bank, N.A. Alex concentrates her practice on complex litigation, class actions, regulatory investigation and enforcement actions, and fiduciary litigation. Alex earned a BS from the University of Maryland and a JD from the University of Pittsburgh School of Law. In addition, Alex has served as a federal court law clerk, is a former LCLD Fellow (2015), and was a senior editor for JURIST.

Joshua T. Sanders is a former computer engineer and recent graduate of the University of Pittsburgh School of Law. He is involved with Wisconsin politics and served as a web developer for JURIST while at Pitt Law. He advises the Board on technical issues. 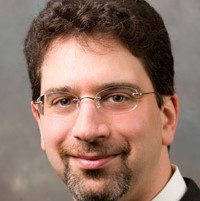 Matthew E. Shames is an attorney at Cohen & Grigsby, PC in Pittsburgh. He concentrates his practice on real estate development and financing, emerging business technologies and general transactional and corporate matters. In addition to his practice with Cohen & Grigsby, Mr. Shames serves as an adjunct faculty member at the University of Pittsburgh School of Law. During law school, he was a senior editor for JURIST and Editor-in-Chief of the law review. Mr. Shames also served as JURIST’s Executive Director from August 2011 until December 2012. He received his BA in American Civilization from the University of Pennsylvania in 1990, and his JD magna cum laude from the University of Pittsburgh in 2005. 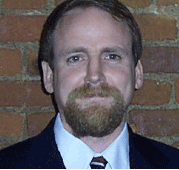 Tim Stanley is the CEO of Justia Inc., which provides free legal information for the online community. Based in San Francisco, California, Justia is involved in online public interest projects, legal aid, civil rights, free legal and consumer information, and educational projects. Mr. Stanley was the founder of FindLaw and has also served on the Board of Directors for Nolo. He received his BA and MS from Stanford University prior to attending the University of Michigan Law School and Harvard Law School. 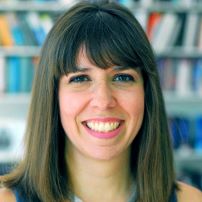 Dr. Justine N. Stefanelli is the Director of Publications and Research at the American Society of International Law in Washington, DC. Dr. Stefanelli obtained her PhD at Queen Mary University of London, where she examined the role that judicial review plays in safeguarding the liberty of individuals in long-term immigration detention in the EU, UK and US. She received her LLM in European law at Queen Mary University of London, and her JD from the University of Pittsburgh. 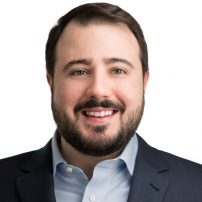 Zachary V. Zagger is Senior Marketing Counsel at the law firm Ogletree, Deakins, Nash, Smoak & Stewart, PC, where he develops strategy for the firm’s blog and other content. He serves as a lead writer for the firm’s Insights blog and produces relevant content for the firm’s webinars, publications, podcasts, and other media. He was previously a Senior Reporter for the online legal news publication Law360, covering legal issues in the sports and regulated gambling industries. Mr. Zagger has also served as JURIST Chief of Staff and as a Senior Editor. He earned a JD from the University of Pittsburgh School of Law and holds a BA in newspaper journalism, history and political science from Syracuse University.

How is JURIST funded?

Where JURIST does not currently get its funding:

Can I see your public filings?

Of course! JURIST is a 501(c)(3) non-profit and files reports about our finances annually with the US Internal Revenue Service. You’re welcome to look at our Form 990 filing from the 2018-2019 fiscal year.

I’ve still got questions. Who can I talk to about all this?

Frankly, we’d be shocked if we answered everyone’s questions in one fell swoop. If there’s anything you want to know about how we run JURIST, feel free to send an email to Executive Director Megan McKee at executivedirector@jurist.org.