The Sutin Prize is presented annually to the JURIST volunteer law student or students who best demonstrate outstanding commitment to the organization’s public service mission. The award is named in memory of Anthony L. Sutin (1959-2002), who dedicated his career to public service, legal education, and providing critical access to legal information. Sutin, an election law attorney, worked for the US Department of Justice and at Hogan & Hartson in Washington, DC, before going on to become a law professor at and eventually dean of the Appalachian School of Law in Grundy, Virginia. He was also the very heart and soul of JURIST’s Bush v. Gore 2000-election recount coverage and, even before the turn of the millennium, he was a great believer in JURIST’s ability to make critical and fast-developing legal issues accessible to a global audience. Tragically, Dean Sutin was killed in a shooting at the Appalachian School of Law in 2002. His widow, Margaret Lawton, very kindly consented to JURIST naming this award for him.

The 2021 recipients of the Sutin Prize are: 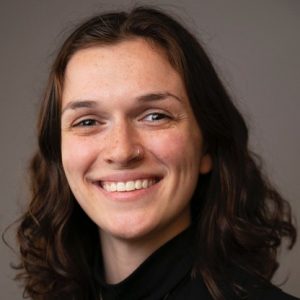 Gabby is a graduate of the University of Pittsburgh School of Law (J.D. 2022) and American University (B.A. 2015). Gabby served as an Assistant Editor, Senior Social Media Editor and Deputy Executive Editor over her three years with JURIST. Gabby applied to work for JURIST because, like Anthony Sutin, she wanted to make legal news and commentary accessible to a global audience. However, she experienced so much more. Gabby had the pleasure of collaborating with talented law students across the globe and working directly with judges, authors, film producers and prominent legal scholars. She looks forward to witnessing the continued success and growth of JURIST and its law-student staff.

JURIST is honored to acknowledge past recipients of the Sutin Prize.