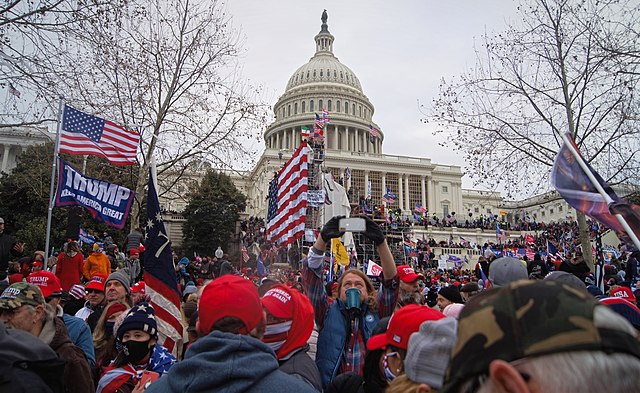 A US District Court for the District of Columbia jury Monday found four members of the far-right militia group the Oath Keepers guilty of seditious conspiracy and other charges related to the January 6 breach of the US Capitol.

Roberto Minuta, Joseph Hackett, David Moerschel and Edward Vallejo, all leaders and associates of the Oath Keepers, were found to have plotted to “oppose by force the lawful transfer of presidential power,” according to the press release by the US Department of Justice (DOJ). Evidence at the trial also showed that the four members and others planned an armed “quick reaction force” on the outskirts of Washington, D.C.

The federal law under which Minuta, Hackett, Moerschel, and Vallejo were charged was enacted during the US Civil War. It states that seditious conspiracy occurs when any two or more persons in any state or territory or any place within the jurisdiction of the United States conspire to overthrow, put down, destroy by force, levy war against, or oppose by force the authority of the United States government.

In addition to being found guilty on the seditious conspiracy count, the court also found the individuals guilty of conspiracies to obstruct the certification of the electoral college vote and to prevent members of Congress from discharging their duties.

The guilty verdict for Minuta, Hackett, Moerschel, and Vallejo comes after the November 29, 2022 conviction of Elmer Stewart Rhodes and Kelly Meggs, two leaders of the Oath Keepers, on the same charges.

Each of the four members of the Oath Keepers will be subject to a maximum sentence of 20 years in prison with potential financial penalties. US District Court Judge Amit Mehta is set to schedule sentencing hearings at a later date.