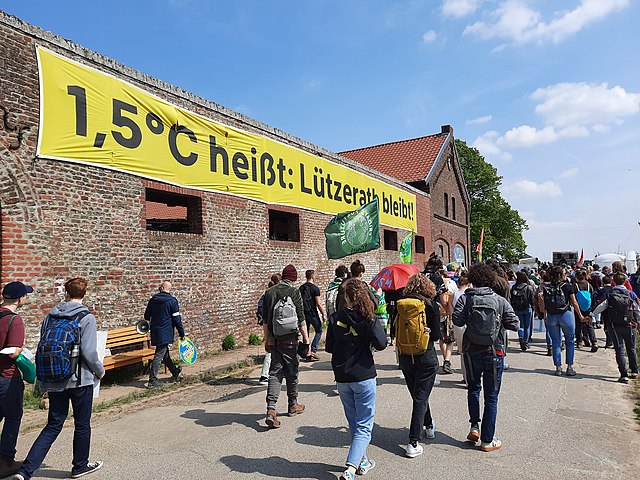 Swedish climate activist Greta Thunberg Tuesday was one of many protestors detained by police in Lützerath, Germany during demonstrations against the town’s demolition for the expansion of a nearby coal mine.

The detainment of Thunberg and other activists is part of an ongoing battle between climate activists and local police that began on January 15. Thousands of protestors joined together to protect the village from the demolition agreed upon between utility company RWE and the regional government. RWE agreed to end coal use by 2030 in exchange for being able to destroy the village.

According to an exclusive statement by a spokesperson for the Aachen police for Reuters, Thunberg was carried away by police after moving toward the Garzweiler opencast mine. Entering and standing near the opencast mine is prohibited. She was then held alone on a police bus.

Thunberg and the other activists are set to be released from detainment later in the day, the police spokesperson told Reuters, adding “There is no reason to hold them for days. It might take hours or they will go immediately.”