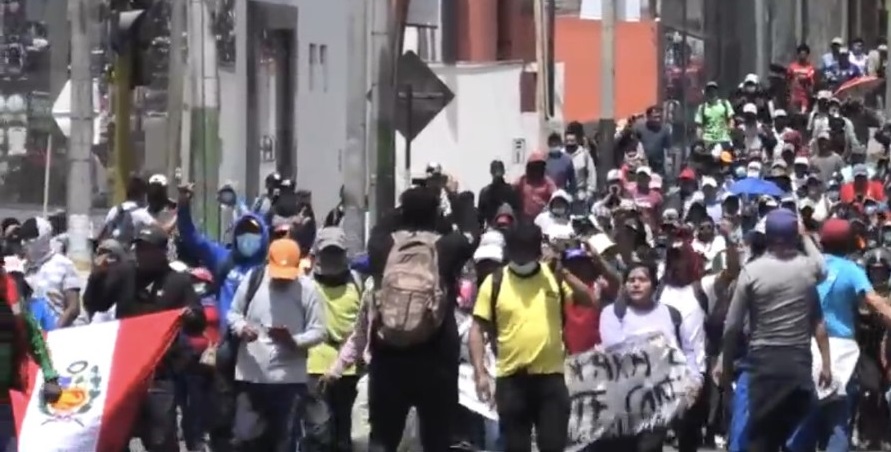 At least 17 people were killed Monday during anti-government protests in Peru, according to the Peruvian Ombudsman’s Office. The protests began in early December 2022 following the removal and arrest of former president Pedro Castillo, who is currently serving 18 months of pre-trial detention on rebellion charges after he attempted to dissolve Congress illegally.

President Boluarte, who succeeded Castillo a month ago, has been attempting to contain the widespread protests that erupted after Castillo’s removal. This has however proven difficult as Castillo’s supporters continue to protest and demand her resignation.

Peru’s Ombudsman’s Office urged police and the armed forces in a statement to act with restraint, saying “We remind the members of the Armed Forces (FF. AA.) and the Peruvian National Police (PNP) that they have a duty to comply with current regulations and international standards on the use of force.” The Ombudsmans Office also remarked:

We reiterate that it does not behoove the PNP or the FF. AA. to resolve conflicts that are occurring. It is the duty of the central government and the Congress of the Republic to find a realistic solution within a reasonable period of time that restores tranquility and peace to the country.

During a televised speech Monday Dina took the demands of the public, such as constitutional changes and the closure of Congress, into consideration. Dina asked citizens to reflect and emphasized her plan to move the elections forward. However, she also stated that she does not have the power to free former president Castillo.

In December Castillo addressed the Peruvian people on his Twitter account, saying he was “humiliated, (kept) incommunicado, mistreated and kidnapped,” but added that he was “still clothed with [their] trust and struggle.” Castillo also dismissed his successor as a “userper.”