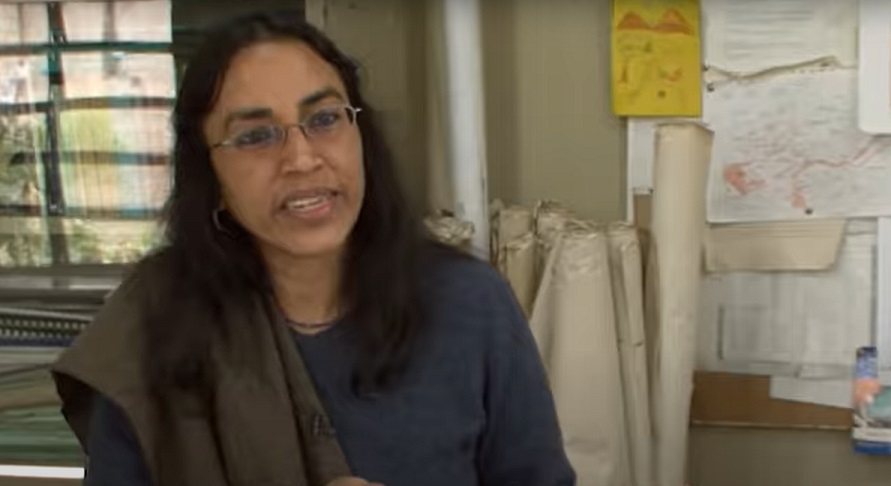 Law students and law graduates in Pakistan are reporting for JURIST on events in that country impacting its legal system. Rabia Shuja holds an LLM in International Human Rights Law from Griffith College, Dublin and is Chief Correspondent for JURIST in Pakistan. She reports from Islamabad.

In March of 2013, masked gunmen fatally shot renowned Pakistani social activist and Orangi Pilot Project (OPP) director Perween Rahman. For a harrowing eight years Perween’s friends, family, and activists demanded that her killers be brought to justice. Following a botched investigation, judicial inquiries, and the constitution of numerous Joint Investigation Teams (JIT), five men were convicted for the murder by an Anti-Terrorism Court (ATC) in December of 2021. However, within a year, the eight-year struggle to attain justice was undone, when last month the Sindh High Court (SHC) acquitted all five men.

The SHC effectively reversed the decision made by an ATC which convicted and sentenced Raheem Swati, Ahmed Khan, Amjad Hussain Khan and Ayaz Swati, to life imprisonment, while sentencing Imran Swati to a term of 7 years imprisonment. In its verdict, the Court declared that the accused had not been charged with ‘actually murdering’ Perween Rahman, but with “planning, instigating and…abetting the murder.”

Additionally, the Court asserted that the case did not fall within the jurisdiction of the ATC, since the motive behind Perween’s murder was related to land-grabbing, rather than terrorism. Therefore, the confession of prime suspect Raheem Swati, which was recorded under Section 21(H) of the Anti-Terrorism Act 1997 (ATA), should have instead been recorded under Section 164 of the Code of Criminal Procedure. Thus, the confession was held to be inadmissible in evidence. It was further stated that even if the evidence of the confession had been admitted, the prosecution failed to prove the charges against the accused beyond reasonable doubt.  The Court also held that Perween’s interview where she referred to Raheem Swati as a “land grabber and extortionist”, who wanted to illegally occupy the land where the OPP office was situated, had no legal standing and was therefore inadmissible. Setting the ATC’s verdict aside, the Court ordered the immediate release of all five men.

The verdict has received considerable backlash in Pakistan from lawyers and human rights organizations alike. In its decision the Court stated that the ‘object, intent, purpose and design of the murder of the deceased was NOT to create terror but rather grab some of the land.” However, under section 6 of the ATA, terrorism is where an act is designed to coerce, intimidate, or create a sense of fear or insecurity in the public or a section of the public. It may be argued that the actions of the land grabbers – including extortion, coercion, and Perween’s killing did indeed amount to an act of terrorism. The assassination of a prominent activist may be seen as an attempt to terrorise the employees of the OPP and other land owners within the area – which constitutes a section of the public. Therefore it may be argued that although the accused should not have been charged under the ATA, it was nonetheless applicable to them.

Following the ruling, Perween’s family stated that they would appeal the decision to the Supreme Court (SC). Perween’s sister Aquila Ismail and current chairperson of the OPP told the press that she was shocked by the decision and voiced her concerns about the safety of her family and OPP employees if the men allegedly responsible for her sister’s death are released. She urged the authorities to detain the men under the Maintenance of Public Order Ordinance, 1960 (MPO). The Human Rights Commission of Pakistan also voiced their displeasure over the acquittal, and its Chairperson Hina Jilani stated that considering the substantial evidence provided on record as well as the severity of the crime, Perween’s family was denied justice. Furthermore, the Commission called on the Sindh government to provide the victim’s family and OPP employees with security.

The verdict is the latest setback Aquila Ismail and her family have faced in their fight for justice. The investigation into Perween’s assassination has been marred with controversy from the outset. A day after the murder, police claimed that they had shot dead Perween’s killer, Qari Bilal, an alleged Tehreek-i-Taliban Pakistan operative in an ‘encounter.’ Before any forensic tests could be carried out, Deputy Inspector General, Javed Odho, had already claimed that the case had been solved. The pistol that was recovered from Bilal and the empty bullet casings that were reportedly found at the scene of the crime were sent to the forensics lab the next day. A forensics report released 4 days later revealed that the empty casings conveniently matched with the pistol.

The manner in which the investigation was carried out and the swift closing of the case by law enforcement were greatly questioned and heavily criticized. Many believed that the investigation was a cover-up, and that it was Perween’s activism, particularly regarding her resistance against land-grabbing that led to her death.

Perween was an architect who initially worked for a private architecture firm. However, her desire to advocate for Karachi’s marginalized communities led her to join the OPP, a non-profit organization which provides the residents of Orangi Town – the world’s largest informal settlement – with sanitation, housing, education, and health facilities.

Perween’s work included securing the land rights of communities living on the fringe of society, such as residents of goths (villages). Goths are not regulated and are therefore not recognised as legitimate by the government, which has emboldened land developers to illegally occupy and demolish them in order to build residential buildings. Perween had been compiling records of old goths that were being engulfed by development projects, and found that nearly 1,500 goths had been integrated into the city within a span of 15 years. She had also been documenting the illegal water hydrants run by the tanker mafia, who are responsible for stealing one-third of Karachi’s water and selling it to the rich, thereby depriving impoverished communities of their right to access water.

Perween’s fight to document goths in Karachi posed a threat to land developers, since the process of documentation eventually gives residents land title, thus preventing fraudulent transactions  and forceful evictions. Prior to Parveen’s murder, the OPP had documented more than 2,000 goths in Karachi, including 800 in Gadap town, where housing projects have consumed more than 30,000 acres of land. The process of identifying goths gained momentum after the Pakistan Peoples Party’s government announced its Goth-Abad Scheme. The recognition of large numbers of goths, as well as dwelling rights of its inhabitants over notable and highly profitable areas of land on the peripheries of Karachi presented a clear threat to the land mafia. This was especially dangerous as they often have the backing of government officials and thus are able to act with impunity. Many believe that Perween’s documentation of the land stolen by various criminal organizations and her relentless struggle to help locals secure ownership rights eventually led to her assassination.

Around 800 petitions to reopen the case were submitted to the SC by Perween’s family, colleagues, various human rights organizations and civil society. Consequently, a judicial inquiry took place that rejected the initial police investigation due to evidence tampering. The inquiry report also claimed that the police forces’ attitude towards the case had been extremely apathetic. Therefore, in April of 2014 the SC ordered authorities to conduct a new probe into Perween’s murder.

Over the next few years, numerous JITs [Joint Investigation Teams] were constituted to probe the high-profile murder. A JIT in its interim report indicated that the initial claims that Qari Bilal was responsible for Perween’s murder was in all likelihood false. The JIT also concluded it was highly likely that the land mafia was behind Perween’s murder, since her death directly benefited them. Indeed, since Perween’s assassination, the operations related to documenting goths ceased and have yet to resume. The various reports and continued calls for justice resulted in a fresh investigation which led to the arrest and conviction of the accused in the ATC – which was also eventually overturned.

In overturning the ATC decision, the SHC ordered the release of all five men. However, in a letter addressed to the Sindh Home Department, the Inspector General claimed that the individuals acquitted were ‘hardened criminals’ who posed an ‘imminent threat’ to the family of the deceased as well as the entire staff of the OPP. On the basis of this request, this past week, the Sindh Government decided to detain the men under the MPO for three months at the least. However, the detention is temporary, and offers no real solution.

For nine years Perween’s family and activists were unrelenting in their pursuit of justice and exhausted every legal avenue to ensure that a fair investigation and trial took place. Although it initially seemed that their efforts had resulted in Perween’s killer’s being held accountable, it is clear now that in the near decade since Perween’s death – no justice has been served. Each step of the way, the authorities were either grossly negligent or intentionally hindering the investigation.  In fact, Inspector-General Ghulam Nabi Memon recently acknowledged the police’s negligence in handling the case. Although the fresh investigation ordered by the court offered Aquila Ismail and her family a glimmer of hope, this too was squandered by law enforcement’s failure to charge the culprits under the appropriate statute, which played a factor in their release. The Court also failed to take into account that Perween’s killing could have been classified as a terrorist act against the OPP and the individuals they protect.

Perween’s case is a reflection of the immense protection granted to the land mafia by the State, as well as the dire condition of Pakistan’s criminal justice system. It is clear that at every turn the State has failed a woman who dedicated her life to serving the most vulnerable segments of society.