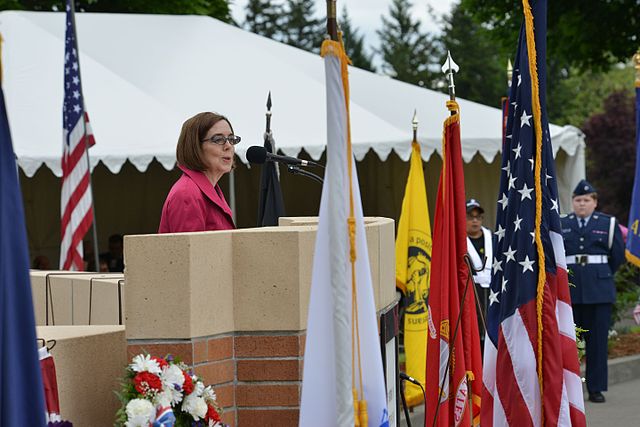 Oregon Governor Kate Brown Tuesday commuted the death sentences of 17 individuals to life imprisonment without the possibility of parole. In the commutation of sentence, Governor Brown argued “that the death penalty is dysfunctional and immoral in all circumstances.”

The 17 individuals were previously sentenced to death in the state of Oregon. In Article V, Section 14 of the Oregon Constitution, the governor has the power to commute all convictions other than treason. Governor Brown’s term expires in January 2023. She shared she wanted to commute the executions to build upon her administration’s actions. Former Oregon Governor John Kitzhaber ordered an execution moratorium in 2011;  Governor Brown’s administration has continued this moratorium.

Unlike previous commutations I’ve granted to individuals who have demonstrated extraordinary growth and rehabilitation, this commutation is not based on any rehabilitative efforts by the individuals on death row. Instead, it reflects the recognition that the death penalty is immoral. It is an irreversible punishment that does not allow for correction; is wasteful of taxpayer dollars; does not make communities safer; and cannot be and never has been administered fairly and equitably.

The Oregon legislature has also taken steps to reduce the use of the death penalty in the state. In 2019, Oregon enacted SB 1013, which raises the proof required to sentence an individual to death and removes consideration of the risk of future criminal acts from the jury’s deliberation during sentencing.