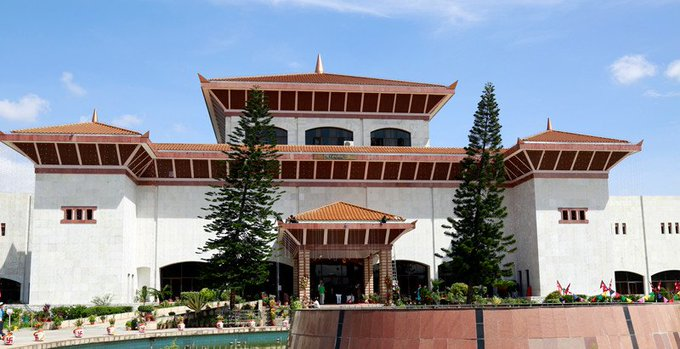 Jony Mainaly is JURIST’s Staff Correspondent in Nepal. She files this from Kathmandu.

In the past month, Nepal has witnessed a shocking but not surprising series of events in the aftermath of the federal and provincial elections held on November 20. The events were shocking because such acts yet again scorned rule of law. But they were not surprising because disdain for the rule of law is not a new thing in present-day Nepal.

The first event was related to a failed attempt of a government employee to invalidate an impeachment motion filed against the suspended Chief Justice, Cholendra Shumsher Rana. The second event was about unhealthy coalition and power-sharing negotiations to form a new government in the post-election context.

An attempt by the Secretary General of Parliament Secretariat—an employee of the Government of Nepal—to give a “clean chit” to suspended chief justice Cholendra Shumsher Rana was thwarted by the Supreme Court of Nepal. On December 7th, the Secretary General had written a letter to the concerned authorities (President’s Office, the Office of the Prime Minister and Council of Ministers, the Supreme Court, the Constitutional Council, and the Judicial Council) stating that the impeachment motion previously filed against Rana in the House of Representatives was invalid following the election of a new House of Representatives. A writ petition was filed against the act of Secretary General stating that the government’s employee cannot take over the right of the Parliament to decide on the matter and it is up to the Parliament to either take up or drop the impeachment motion. The Supreme Court issued an interim order against the decision of the Secretary General. The Court also gave seven days for the Secretary General to furnish reply on why his decision to nullify Rana’s suspension should not be cancelled.

This raised a question, however: was the decision of a government employee to make—prima-facie—an unconstitutional move his own decision without any political backstopping or was it a calculated move driven by political interest. Whatever the case be, it is a sheer violation of rule of law.

Cholendra Shumsher Rana, the Chief Justice of Nepal, was suspended on February 13th 2022 after almost 100 lawmakers filed an impeachment motion against him in the Parliament. There is a long list of allegations against Rana that led to an impeachment motion against him which ranges from his involvement in bench shopping, corruption, and failure to make recommended changes in the judiciary, to taking advantage of political appointments for his family members.

The Impeachment Recommendation Committee of the Parliament which was mandated to investigate allegations against Rana furnished a report stating that the House of Representatives should take up the case. The Committee took a suspiciously-long eight months to investigate and submit the report. It submitted the report when the election was around the corner. The Parliament’s session came to a conclusion and the new ‘after election’ parliamentary session was yet to begin.

With the interim order, the Supreme Court blocked Rana from re-entering the court. The court gave seven days to furnish the response to the Secretary General, however, Rana retired on 13th December before the completion of the seven days.

Rana’s 33 months tenure as Chief Justice passed mostly in controversy. Given his controversial background, he wasn’t considered an ideal pick for the position. Consequently, Nepal’s judiciary paid a huge cost as its public image is at all-time low. With Rana’s retirement, a dark chapter in the life of the country’s judiciary has ended. However, parliament’s lack of willingness to impeach him bears an enormous cost for the judiciary.

Formation of the Government and the conundrum of coalition

In some dramatic twists and turns, a left-led coalition government post-election has formed in Nepal under the leadership of Pushpa Kamal Dahal (Prachanda) of the Maoist Centre Party, dumping the Nepali Congress (NC), its pre-election major alliance.

No single party received a majority of seats in the House of Representatives (lower house of the parliament) election held on November 20. Hence, the president, as per Article 76(2) of the Constitution of Nepal, called all political parties to find a member of the HoR who could acquire a majority with support from two or more political parties. The deadline for the call was to expire on the 25th of December. Before the expiration of the call, Prachanda bid his candidacy for prime minister by siding with the disgruntled Communist Party of Nepal (Unified Marxist-Leninist) (CPN (UML)) and the other five smaller parties abandoning NC.

It is said the inter-party power-sharing deals over who is going to become the prime minister first remained inconclusive among Prachanda and Sher Bahadur Deuba of NC , and that led Prachanda to side with his estranged CPN (UML) and other political parties to gain him the position. In a power-sharing negotiation, both Prachanda and Sher Bahadur Deuba bid for being prime minister for the first two-and-a-half-years and then handing over the position to the other for the remaining two and a half years.

This is exactly what happened in the 2017 election that led to political upheavals later. Maoist Centre and CPN (UML) made a pre-election agreement that the leftist parties of Nepal will unite together for larger political stability and to achieve the socialist development imperative articulated in the constitution. They received a landslide victory in the election. After unification, their party was renamed the Nepal Communist Party. They reached an agreement that KP Sharma Oli will become prime minister for the first half term of five years term and Prachanda will become prime minister for the second half term. But Oli refused to hand over the position after the first 2 and a half years term. This led to series of political crises, including attempts to dissolve the House of Representatives twice, ultimately leading to the collapse of the Oli government. This has led to political turmoil in the country for the past three years where Prachanda sided with NC to break off UML government.

With heightened political opportunism, and with a similar history to repeat, the impending power struggle among leaders of the political parties will be at the cost of people yearning for rule of law, democracy, stability and development.