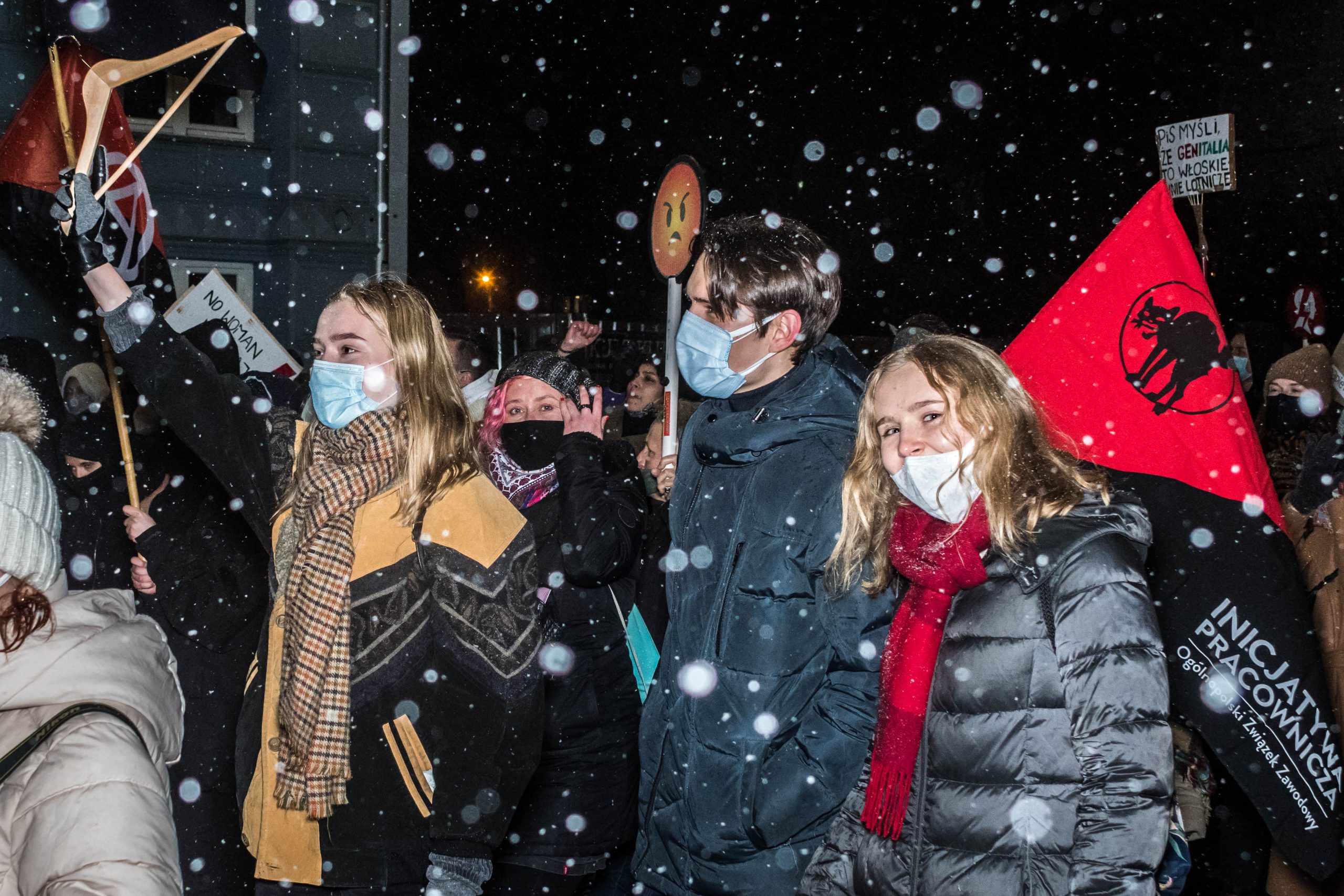 Scheuring-Wielgus, who participated in a pro-choice protest in October 2020, was charged with “offending religious feelings” and “malicious interference with religious worship” by the Torun prosecutors officer in late November 2022. The Labor Party member pleaded not guilty to the offenses, which both carry a penalty of up to two years jail time.

HRW highlighted the limited reproductive rights available in Poland. Access to abortion is now only permitted to save a mother’s life, or if the pregnancy is a consequence of rape or incest. The organization labeled these legal changes as a “sustained attack on sexual and reproductive rights” that they believe began in 2015, when the the Law and Justice party (Prawo i Sprawiedliwość, PiS) came to power in Poland. Since this time, there has been a significant increase in offenses of “offending religious feelings.” HRW urged the EU member states to “vote under [EU Treaty] article 7 to determine there is a clear risk of a serious breach of EU values in Poland.”

Hilary Margolis, senior women’s rights research at HRW, commented on the charges: “Bringing charges against a lawmaker for a peaceful protest is an undeniably alarming escalation in the Polish government’s efforts to criminalize not just abortion but anyone who openly supports reproductive rights.”

The protest Scheuring-Wielgus partook in was sparked by a Constitutional Tribunal decision that heavily restricted access to legal abortions in Poland. During the protest, the lawmaker and her husband held a sign reading, “Woman, you can decide for yourself,” opposing the court’s ruling.

Legal action for Scheuring-Wielgus’s participation in the event began in December 2020. In November 2022, parliament voted to strip Scheuring-Wielgus of her parliamentary legal immunity. In contrast, her husband was acquitted for “offending religious belief” for the same actions as his wife.