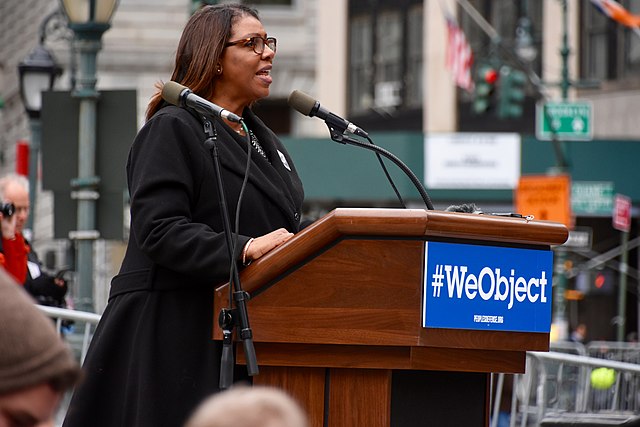 James requested that the court install an independent monitor at the Trump Organization as the civil lawsuit proceeds. After James presented evidence indicating that the Trump Organization took steps to restructure its finances to move assets out of James’ reach, the court ordered the installation of a monitor “for the purpose of ensuring compliance with” the court’s injunction barring the organization from “selling, transferring, or otherwise disposing of any non-cash asset[s].”

Trump appealed the decision, stating the installation of a monitor would cause severe prejudice and inflict irreparable harm. In a handwritten decision, Justice Angela Mazzarelli of the New York Appellate Division denied Trump’s appeal. Trump’s motion is denied pending determination by the full Appellate Division bench. Therefore, the lower court judge’s decision to install a monitor at the Trump Organization stands. According to the lower court order, both James and Trump have until November 10 to identify three potential monitors. From those six names, the court will decide who to appoint.

James filed the civil lawsuit against Trump and his organization on September 21. In it, James alleged that Trump, with the help of his children Donald Jr., Ivanka and Eric, “falsely inflated his net worth by billions of dollars to induce banks to lend money to the Trump organization.” The lawsuit alleges that, over the course of 10 years, Trump knowingly and intentionally entered more than 200 false valuations of assets on financial documents in violation of New York Executive Law 63(12).