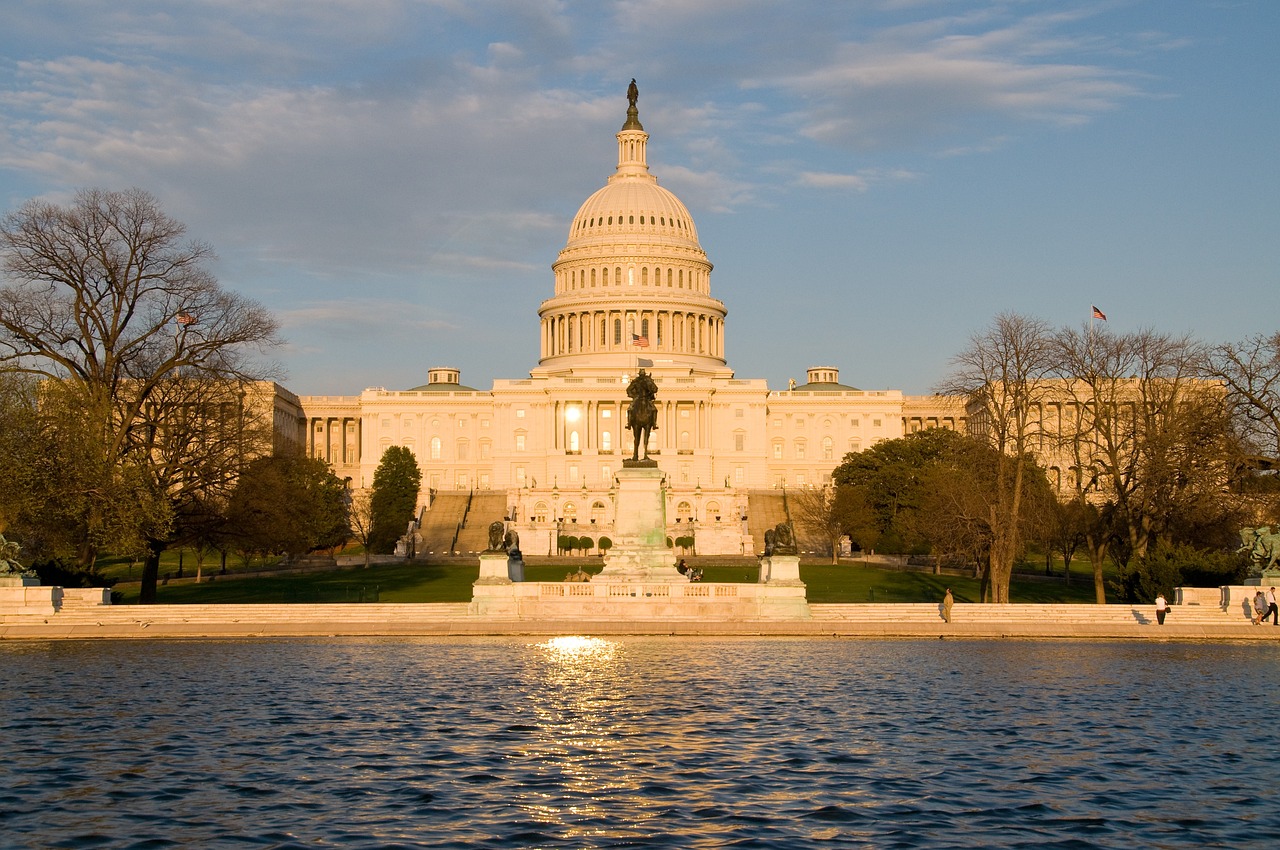 Law students from the European Union are reporting for JURIST on law-related events in and affecting the EU and its member states. Here Luisa Gambs, a German law student at the University of Augsburg doing her LL.M. this year at the University of Pittsburgh School of Law, offers her perspective on the upcoming US midterms.

Next Tuesday, November 8th, the citizens of the United States will cast their votes and elect a new House of Representatives, one-third of the Senate, and in many states new legislative officials and governors as well. The outcomes will certainly be important – but the American pre-election process is interesting as well. Being a German law student studying in Pittsburgh for one year, a lot of things seem surprising to me. This is my German perspective on the midterms.

The US election system in general is very different from what I am used to, coming from a country with six parties in its national parliament. The US two-party system seems logical in theory, but having heard people at law school talking about gerrymandering, I feel less confident about it. It seems designed to allow the party in power to influence the system in a way that increases their chances to defeat the other party in the next election.

Apart from the occasional sign in a front yard, the appearance of voter registration desks all over Pittsburgh some weeks ago was the first signal to me that elections would take place soon. In Germany, every citizen of at least eighteen years of age gets their invitation to vote automatically without any need of registration. I was not aware of there being any other way to define the electorate. But the US election system needs a high number of volunteers at nearly every step: to finance campaigns, to register voters, to observe polls and to monitor the process of counting ballots. It is apparently not the government’s responsibility to make democracy work, but that of politically engaged individuals.

Even though I  cannot vote, I met a woman who registers voters at a farmer’s market, and who enjoyed explaining the US system to me. There were a lot of things that surprised me, from not being able to register to vote on the actual election day in Pennsylvania to telling students from other states not to vote in their home states but in Pennsylvania if all possible, since it is a close race here and individual votes may not matter that much in states with clear Republican or Democratic majorities. Of course, that is how a two-party system is set up, but it is still an unsettling feeling when people tell you that voting in New York or Alabama hardly matters.

But it got even stranger for me. In class, I did a project with a student from Puerto Rico who is a big fan of the registration system, since it allows him to have a voice in federal politics in circumstances where he himself cannot vote. From my professors I learned that it is the same for Washington, DC, and other US territories – they basically have taxation without representation, which as far as I can recall from my history lessons was something Americans strongly opposed at some point in the past. The City of Washington as well as Puerto Rico apparently each have a larger population than some of the smallest states, and DC is even officially ruled by Congress – still, its inhabitants are not allowed to vote in federal elections.

And then there’s whether one should bother to vote, even if one can. One Asian-American I met at a Halloween party told me about all the political opinions he had, but that he would still not vote, as he does not feel even remotely represented by either of the two big parties. Talking to other people off-campus, and I heard other opinions that prompt me to question the stability of democracy here. For example one man told me he would not vote – and has in fact never voted – because election results have no influence on his life. This statement of an educated person in his 30s really shocked me. I tried to argue that starting a trade war would influence prices he pays on a daily basis and that investment in infrastructure would provide better streets, amongst other things. He did not really care about that, saying that every political act usually has a good and a bad side that balance each other, so it does not matter. He was also not convinced to vote for the benefit of other members of the society he lives in.

This conversation left me deeply worried. In Germany, people say democracy dies from radical extremism and social divides, but people simply not caring about politics is just as dangerous. The goal of democracy is that the people control the government, but how does that work if people do not care? The United States is probably the most influential actor on the global stage. Should its people not be held responsible on election day for the decisions they take that maybe have a big influence on other countries? Or does a large part of the US population truly not care what happens to other people because of what they do  – or do not do?

In general, I got the impression that a majority of voting Americans only care about a very limited set of issues. I completely understand that the economy (especially inflation) and abortion are main topics in the current campaigns. But watching the recent TV debate of Pennsylvania Senate candidates Oz and Fetterman, I felt like many things were missing that are vital elements in the political debates I have been used to in Europe. Apart from fracking, no environmental issue was mentioned; no word was lost on climate change, species extinction or pollution. There was also only one question regarding foreign politics, which asked the candidates to name the country posing the biggest threat to the United States. In the debate, the candidates also had a very limited time to answer, usually 60 seconds. It seems like a good idea to limit politicians’ long speeches to the essential, but it is not possible to truly give a detailed answer in this time, demonstrating that one knows about the situation and has a workable solution. However, that seemed not to be the intent of either party; most of their time was used to discredit the other candidate.

That also applies to nearly all the political advertisements of both parties I see on a daily basis, mainly on YouTube these days. They often show the opposing candidate, say that he/she is an extremist, and therefore, one should vote for the other party. The campaigns are not based on big political ideas about how one could improve this country, but feel more like a “the other one is terrible, so I must be better” logic – which, according to my teachers in elementary school, is not a solid argument. With only two parties to choose from, however, it seems to work. I met a member of the Democratic Party who told me that she does not like the personality of a certain Democratic candidate, but she would still rather elect “an a**hole” than a Republican.

My new voter-registering friend took me to a small Democrat event where a number of Democratic candidates spoke. Ironically, she commented on my personal favorite of these with “He does not have a chance, he isn’t charismatic at all”. I guess as a German, I feel like substance is more important. Germans have learned to mistrust charismatic politicians.

Of course, some of these points – especially the last one – are simply impressions I got due to cultural differences. However, I think that some elements of the American electoral system as it is currently working are meant to keep certain people from voting, and the combination of the two-party system and a divided and sometimes not caring society does not necessarily qualify the United States as a role model of democracy.