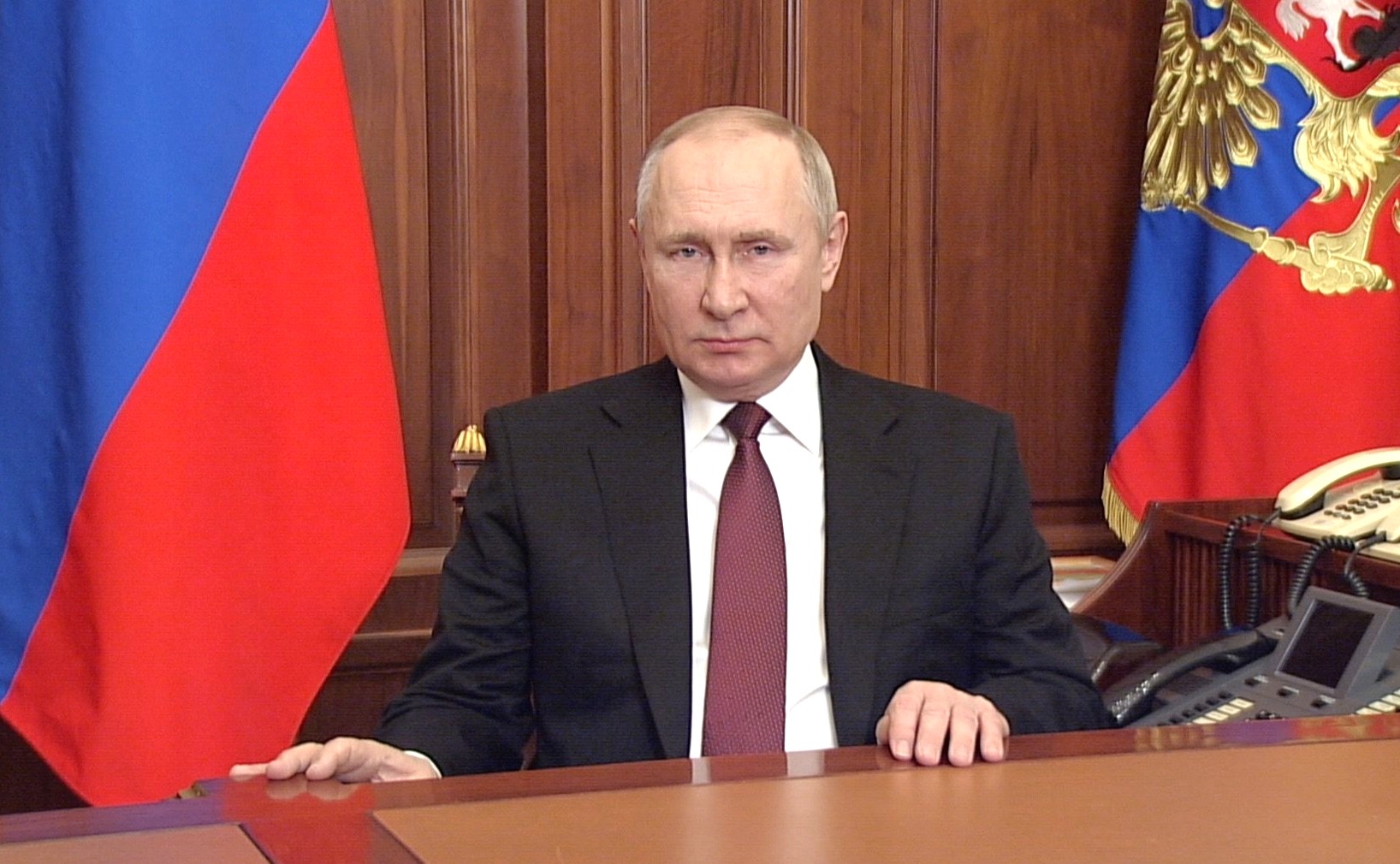 Putin’s announcement imposed martial law in the eastern Ukrainian regions of Donetsk, Kherson, Luhansk and Zaporizhzhia. Russian forces recently suffered setbacks in eastern and southern Ukraine, including the capture of Lyman and Kharkiv, and the attack on a Crimea bridge, cutting off Moscow’s military support through the peninsula.

At the meeting Putin said:

As we know, the Kiev regime refused to recognize the will and choice of the people, declining any proposals for talks. On the contrary, shelling continues and civilians continue to die. The neo-Nazis are using plainly terrorist methods, plotting sabotage at critical infrastructure, attempting to murder members of local authorities. Just like their ideological predecessors – Bandera’s followers and Hitler’s accomplices, they are trying to create a criminal underworld, sending sabotage groups to our territories.

Putin also reminded those listening that martial law had already been in place in the Donetsk, Lugansk, Kherson and Zaporizhzhia regions of Ukraine well before Russia formally annexed the four regions.