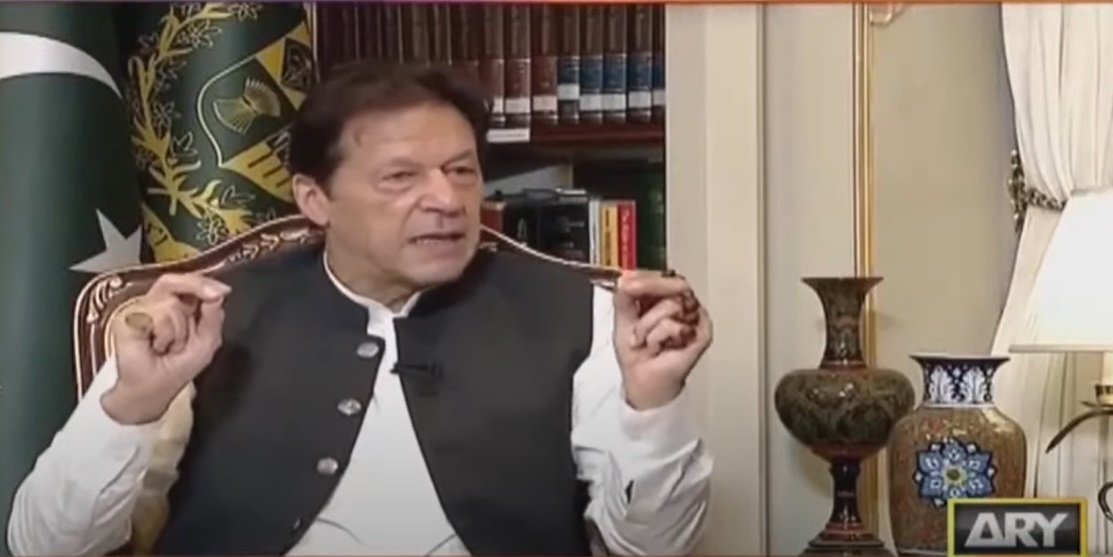 Law students and law graduates in Pakistan are reporting for JURIST on events in that country impacting its legal system. University of London law graduate Seemal Hameed files this dispatch from Islamabad.

On Friday, the Election Commission of Pakistan (ECP) disqualified Pakistan’s former Prime Minister Imran Khan from being a member of the Parliament and has ruled to initiate criminal proceedings against him for misdeclaration. A five-member panel of the commission issued an order stating that Khan had committed ‘corrupt practices’ by not disclosing the money he has earned from selling state gifts and by concealing assets while he was in power.

The ECP disqualified Khan in Toshakhana reference under Article 63(1)(p) of the Constitution of Pakistan for making “false statements and incorrect declaration”, triggering protests in various cities. Toshakhana is a department under the administrative control of the Cabinet Division that stores precious gifts given to rulers, parliamentarians, bureaucrats, and officials by heads of other governments and states and foreign dignitaries. The reference was filed against the PTI party chairman by the coalition government for “not sharing details” of Toshakhana gifts and proceeds from their alleged sale. In its hearing in August, the ECP sought a written reply from the leader who had admitted to having sold at least four presents he had received during his tenure as the Prime Minister of Pakistan.

Under Friday’s verdict, Khan is barred from elections for five years. Although the administration of current Pakistan Prime Minister Shebaz Sharif has consistently said that an early election is out of the question, Imran Khan has been persistently campaigning across the country to hold free and transparent elections. The decision comes days before he was expected to announce a march on Islamabad to force the government to hold snap elections. Ever since his removal as the Prime Minister, Khan has been holding successful rallies across the country against the current government and has galvanized popular support throughout. Moreover, he won big in polls across the country recently, and also secured a majority of seats in Pakistan’s July by-elections which validates that the ousted Prime Minister has immense public support.

The supporters of PTI have condemned the decision, and the Tehreek-e-Insaf party has urged everyone to protest peacefully against the ruling. PTI leader team has also questioned the commission’s scope to deliver such a verdict and has claimed to challenge their “jurisdiction and mandate” in issuing this decision.

Many have claimed the disqualification temporary as it has already been challenged in Islamabad High Court. The chief advocate in his appeal stated that the ECP had no power to make decisions on corrupt practices or disqualify people, requesting the court to suspend the body’s ruling until the final decision on the appeal.

Soon after the decision, PTI protestors and activists staged various protests nationwide. It is evident that this current legal battle will only add to the already ailing political situation and economic distress in the country.

Seemal Hameed is a JURIST Staff Correspondent from Pakistan. A University of London law graduate, she has worked as a Research Associate at a reputable law firm in Pakistan as well as for an NGO for the protection of children’s rights.