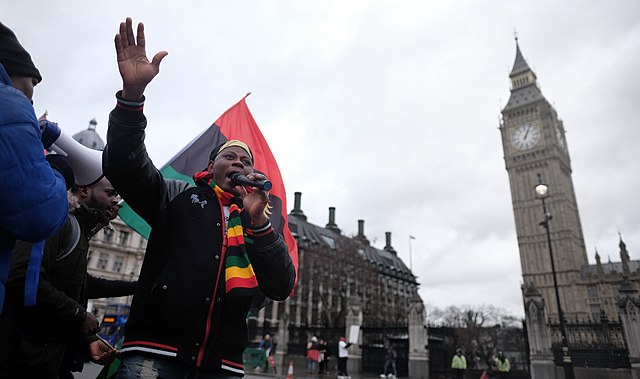 The Nigerian Court of Appeal (CoA) Thursday discharged all terrorism charges against Nnamdi Kanu, the leader of separatist group Indigenous People of Biafra (IPOB). Led by Justice H. Sankey, a panel of three judges unanimously discharged all charges of terrorism brought against Kanu by the Nigerian government. Nigerian authorities have identified IPOB as a terrorist organisation, but international organisations like the Council of Foreign Relations disagree with the designation.

Kanu, a British-Nigerian citizen, faced previous arrest in 2015 but fled the country before he facing the court. He was then extradited to Nigeria in June 2021 to appear before a trial court and was charged with seven counts of terrorism. The CoA held that Kanu’s extradition and subsequent trial was illegal, and the lower court had no jurisdiction to hear the case. Amnesty International welcomed the judgement, highlighting that Kanu’s right to a fair hearing was violated. According to Amnesty, Nigeria must now “abide by the ruling, in compliance with its human rights obligations.”

Since Kanu’s extradition to Nigeria, his family brought a judicial review claim against the British government for its failure to intervene. The order was granted in early October.