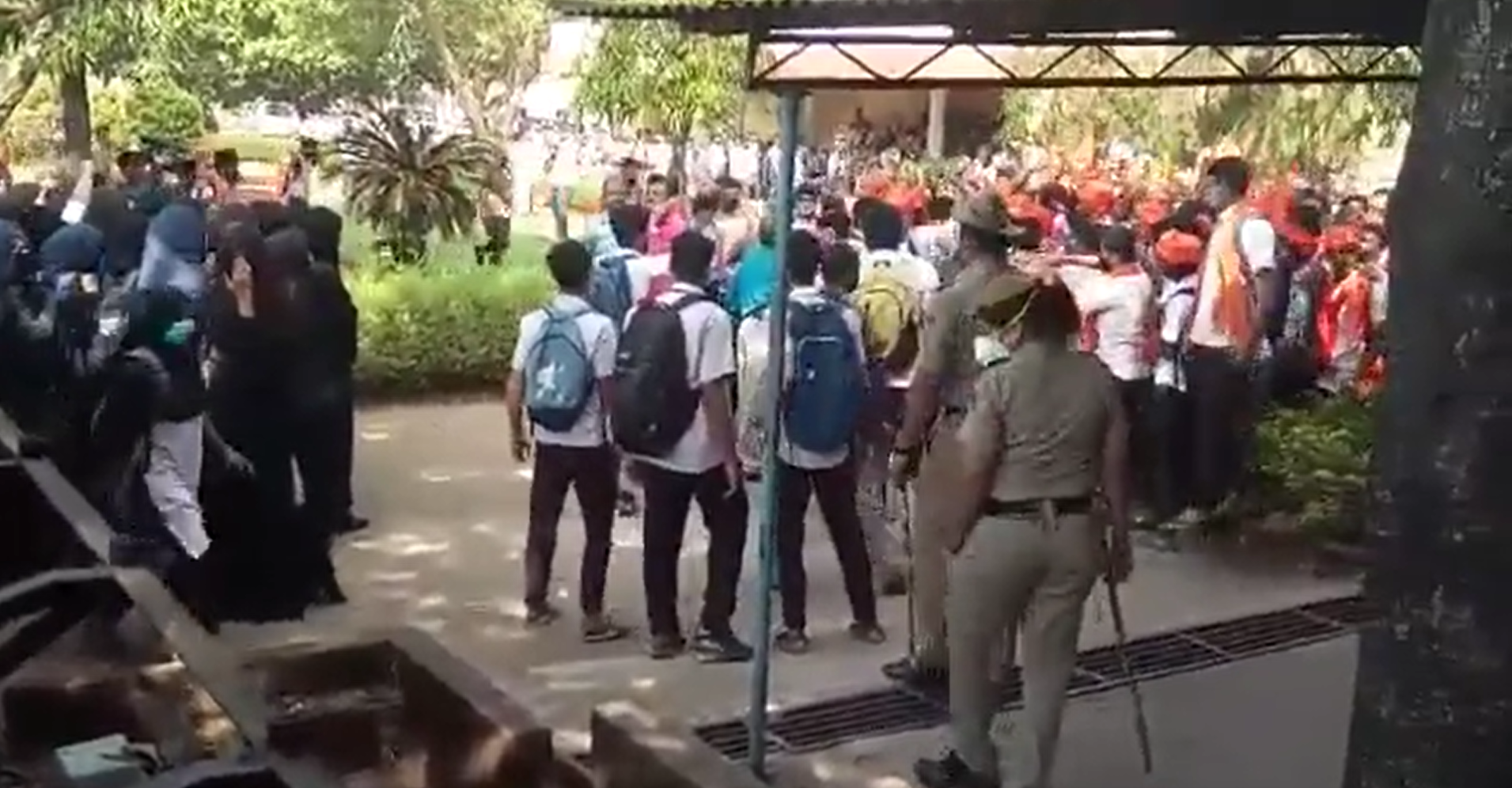 Indian law students are reporting for JURIST on law-related developments in and affecting India. This dispatch is from Rishabh Yadav, a postgraduate law student at the University of Delhi.

On Thursday, a 2-judge bench of the Supreme Court of India delivered a split judgment in the case of Aishat Shifa v. State of Karnataka and others, popularly known as the Hijab Case, with Justice Hemant Gupta dismissing the appeal and Justice Sudhanshu Dhulia accepting the contention of the appellants. The case will now be directed by the Chief Justice of India to be listed before a larger bench.

There were 26 appeals originally filed against a March judgment of the Karnataka High Court which held that the ban on hijabs in state-run educational institutions was valid. This issue began when some college girls were denied entry into the premises on account of them wearing hijabs (headscarves).

Justice Hemant Gupta, dismissing the appeals, held that religious belief cannot be carried to a secular school maintained out of State funds. Fundamental rights are not absolute and can be subject to reasonable restrictions. He interpreted the intent of the Karnataka state government circular banning headscarves to be for the purpose of maintaining uniformity and discipline. According to him, uniformness promotes an equal environment where fraternal values can be imbibed. He emphasised the importance of uniforms and their assimilating nature. He also opined that the prohibition of wearing a hijab was only during school hours and the students are at liberty to carry their religious symbols outside the schools but in college, students should look, feel and think alike.

Justice Sudhanshu Dhulia, on the other hand, struck down the impugned High Court judgment, holding that when the girls were asked to take off their hijab at the school gates, it was an invasion of their privacy, an attack on their dignity and ultimately a denial of secular education. He pointed out that wearing a hijab is not against public order, morality or health or decency, some of the grounds on which curtailment of fundamental rights is allowed. He called for reasonable accommodation by society, taking into account the diverse cultures which exist in India. According to him, discipline could not be at the cost of dignity and fraternity requires tolerance and reasonable accommodation toward the belief and religious beliefs of others. In contrast to Justice Hemant Gupta, he felt that the pre-university college was the perfect place for the children to realise the diversity which exists in the country and imbibe in them the constitutional values of tolerance and accommodation.

It is unfortunate that a matter this hotly contested was not sent to a bigger bench in the interest of a decisive outcome. This split judgment will extend the ordeal of the students who have not attended college for almost a year because of this issue and whose education continues to suffer. At the same time, there is some value to the Supreme Court split verdict because both of them are well-reasoned, deliberative and push the conversation forward. They can have a great impact on public discourse and help in shaping more informed opinions.

On the same date as the Indian Hijab ruling, the Court of Justice of the European Union in its judgment in Case C-344/20 held that the prohibition on wearing of religious, philosophical or spiritual signs in a workplace does not constitute direct discrimination if it is applied to all workers in a general and undifferentiated way.

It is important to look at the sharp contrast of opinions on the issue in the context of the recent developments in Iran where anti–Hijab protests erupted after the death of 22-year-old Mahsa Amini who died after being detained by the “morality police” of Iran for not complying with the strict Hijab rules. While a superficial glance would make it seem that the women in India are protesting for a reason opposite to those of Iran, the real issue is not the wearing or non-wearing of hijab, but rather the denial of choice in the matter by an intruding State. In India, the shield of uniform is being used to assert an artificial homogeneity and score political brownie points in an election-bound state which is being systematically polarised on religious lines. In Iran, harsh and utterly regressive laws are being imposed to dominate and maintain control over the female body. In both scenarios, women are denied the agency to make their own decisions.

It is now clear that the issue has proved to be highly divisive at all levels of society and the case reflects the dilemma in Indian society and the world in general about the true nature of secularism. Does it mean total cold indifference on part of the state to all religions, or does it mean understanding and trying to accommodate the fears, needs and aspirations of those who do not have the strength of numbers?