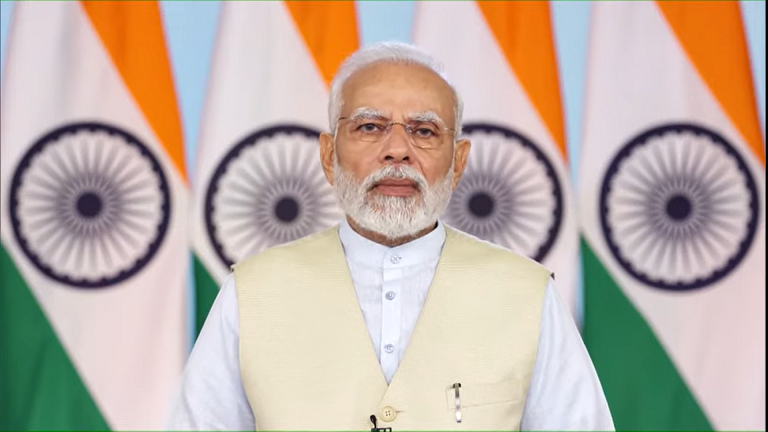 Office of the Prime Minister of India

Prime Minister of India Narendra Modi spoke about the need for reformation of the Indian judicial system in a virtual address at the inauguration of the All-India Conference of Law Ministers and Secretaries last Saturday, 15 October, 2022. He suggested implementation of various new ideas designed especially to alleviate the plight of the marginalised and increase their accessibility to speedy justice.

The All-India Conference of Law Ministers and Secretaries took place in Gujarat and aimed to provide a platform for policymakers to discuss issues related to the Indian legal and judicial system. Several incumbents discussed and deliberated upon developments and practices of law and order.

In his address, the Prime Minister opined on how countries all over the world provide for the expiration of certain laws which tend to become outdated with time, and on India’s determination to strive for the same. According to him, certain legal obstacles not in sync with modern times must be struck down for ‘ease of justice’ to prevail. In the last 8 years, more than 1500 obsolete laws have been repealed, most of them a relic of our colonial past. The shackles of colonialism, as emphasized by the Prime Minister, have plagued the nation since gaining independence more than 7 decades ago, and it is necessary for the nation’s progress to overcome them.

The Prime Minister also suggested that many Indian statutes and legislations currently consist of complicated legal jargon. He pointed out how several countries have a common practice of explaining certain technical terms. There is an ease of language which persists in the laws drafted around the world. He asked for laws in India to be reframed in such a manner that makes them easier to understand by those not informed or educated enough to understand otherwise. He further emphasised the importance of regional languages and their inclusion in the Supreme Court and High Courts libraries across the country.

Law courses as institutions of law must also provide the option of reading and writing law in several regional languages. As a student of law, I consider the Prime Minister’s endeavour to be of perennial importance. Law schools, especially in India, possess a diverse representation of students, from all kinds of backgrounds. For a large population, formal legal language, usually involving complicated English and Latin maxims, can be a serious barrier. There are various instances where it may be harder for a student to express themselves freely, solely because of the barrier of language, and fear of not knowing its intricacies. Such unfavourable circumstances may also affect a student’s decision to pursue a career in law. This vice, as rightly pointed out by the Prime Minister, is necessary to eradicate, especially for those who are not as adept in the formal language.

In his address, the Prime Minister also advocated for an alternate dispute resolution system to be set up to ensure the efficiency of justice dispensation. He illustrated how such a system was already prevalent in our nation, in the form of local governance structures like Gram Panchaya, a local justice system, where a council of village elders mediate the governance of daily activities of the village.

Incorporation of technology to expedite procedures, as suggested, is also of much importance. Since the advent of the COVID-19 pandemic, courts all over the world have been forced to shift their judicial systems online, which has ensured the speedy dispensation of justice. Building upon that reasoning, the Prime Minister also discussed how, with the advent of 5G technology in India, online registration of cases would be highly feasible. Consequently, advancement in technology would prove to be a boon for the justice system. A suggestion of innovative schemes like evening courts was also made to reduce the backlog of cases.

Recognition of the crucial changes required to reform the judicial system is imperative. However, the pertinent issues recognised by the Prime Minister demonstrate the State’s growing concern for upholding the Rule of Law in India. The ‘ease of justice’ principle reflects the priority of the state, in a time of heavy critique against the efficiency of the justice system and its backlog. The ideas of the Prime Minister are applauded for his determination to make the judicial system more inclusive, for all who are affected by it. Only when understanding of law is clear, can one also clearly abide by it. The uninformed and marginalised need a legal environment that is not intimidating and is simpler to understand. Intimidation leads to a gap between the participation of citizens in the judiciary and the faith entrusted in the judicial system. What remains is for these great ideals to inform and assist the population of India.