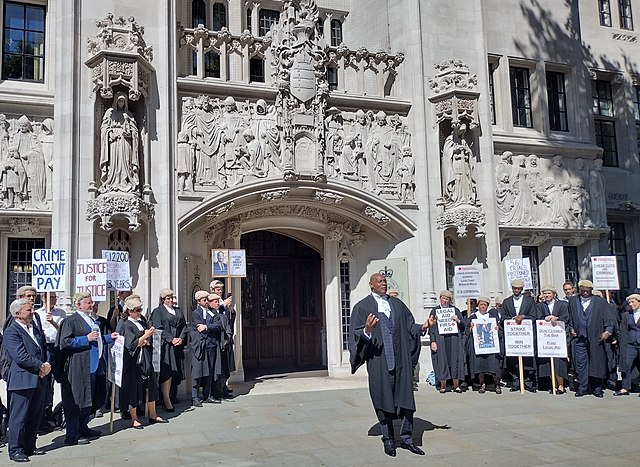 Criminal barristers in England and Wales Thursday agreed to vote on ending their ongoing strike following a new package of reforms and fee uplifts offered by the government. The Criminal Bar Association (CBA), which represents members of the criminal bar in England and Wales, cited years of under-funding by the government as the motivation behind industrial action starting in April. On September 5, the CBA announced its decision to walk out indefinitely.

The new offer follows constructive talks between the leadership of the CBA and the Lord Chancellor and Secretary of State for Justice Brandon Lewis. According to the government, the new offer represents an additional £54 million investment in the criminal bar and a planned 15 percent fee increase for criminal barristers, which would will apply to the vast majority of cases currently in the Crown Court.

The statement issued by the government said that as part of the wider package of proposals announced the CBA and Bar Council will work together with the government to reduce the courts backlog and increase diversity amongst barristers. Some of the measures to be explored, the statement read, will be “increasing early resolution of cases, reducing the number of ineffective trials and progressing cases between magistrates’ courts and the Crown Court.”

The CBA said the offer by the government represents “substantial positive movement.”

The offer from government has resulted from constructive talks between the MOJ and the leadership of the CBA.

This offer represents substantial positive movement from government. As a result the offer will be put to a ballot.

However, the CBA criticized the government’s “premature press release”  announcing a deal.