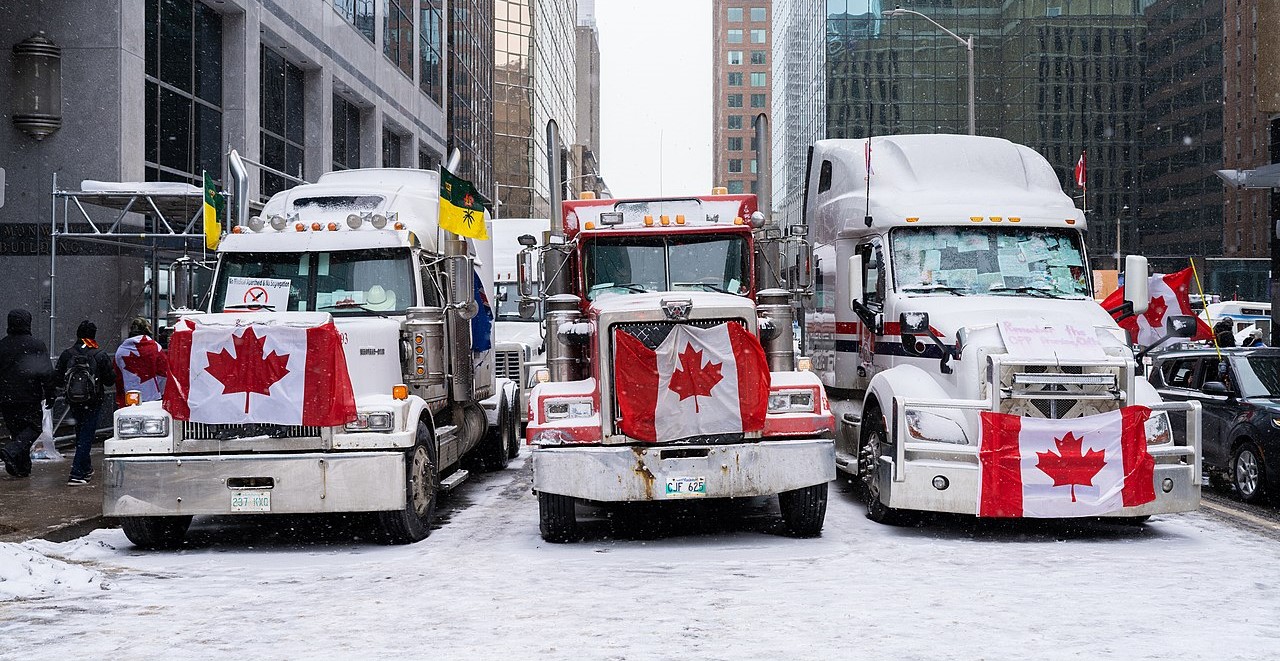 Although it has now been over eight months since the end of the Freedom Convoy in Ottawa, the fallout and consequences of last winter’s events are far from over. Indeed, the protests that rocked Canada and made international headlines find themselves once more at the center of national political discourse as the federal Emergencies Act inquiry unfolds.

As many Canadians know, the Convoy’s occupation of downtown Ottawa came to a swift end when the government of Canada invoked the Emergencies Act on February 14, 2022. The Act granted police additional powers to deal with the occupation and remove the protesters from the downtown area they had gridlocked for weeks with vehicles and semi-permanent encampments.

The parliamentary motion to invoke the Act was withdrawn on February 23 when the Convoy had largely been cleared out of Ottawa. As mandated by section 63(2) of the Act, an inquiry and corresponding report on the invocation of the act had to be completed and “laid before each House of Parliament within three hundred and sixty days after the expiration or revocation of the declaration of emergency.” This means that the report on this use of the Emergencies Act must be tabled in the House of Commons and Senate by February 20, 2023.

The Public Order Emergency Commission (hereinafter, “the Commission”) was established in April, with the Honourable Justice Paul Rouleau appointed as Commissioner. Much of the summer of 2022 was spent on organizing the inquiry, appointing counsel and other staff members, and gathering documents from various involved authorities. The questioning of witnesses was initially set to begin on September 19, but was then delayed due to the Commissioner’s health issues. Witness questioning ultimately began on October 13, and is set to run every weekday until November 25 (with a break on November 11 to observe Canada’s Remembrance Day). This leaves the Commission with a relatively tight window to complete its report and present it to the Houses of Parliament.

The preliminary witness list is extensive, and among many others, contains Zexi Li (the main plaintiff on the private nuisance lawsuit against Convoy organizers for the excessive honking in the early stages of the occupation), various police officers, Prime Minister Justin Trudeau himself, and well-known Convoy organizers and influencers Tamara Lich, Chris Barber, Patrick King, and Tom Marazzo.

I had the opportunity to tune into the hearing virtually on the afternoon of October 26 and the morning of October 27. The witnesses on those days were high-ranking Ottawa Police Service (OPS) and Ontario Provincial Police (OPP) officers. One notable witness was OPS Superintendent Robert Bernier. During questioning, Bernier stated that while he felt the federal government’s choice to invoke the Act and provide police with those additional powers was certainly “beneficial” in clearing out Convoy demonstrators, it was not strictly necessary to end the occupation.

Bernier repeated this answer when asked similar questions by counsel from the Canadian Civil Liberties Association (CCLA) and confirmed that prior to February 14, he never requested additional legal tools or powers from the federal government. The requests for further support to OPS appear to have come largely from former Chief Peter Sloly, who resigned on February 15 amid strong criticism for how he handled the Convoy situation.

Bernier’s testimony appears to line up with that of OPS Interim Chief Steve Bell, who was questioned before the Commission on October 24. During questioning, he was presented with an email sent from Royal Canadian Mounted Police (RCMP) Commissioner Brenda Lucki to the federal Office of the Minister of Public Safety’s Chief of Staff. The email discusses the various “useful” tools the Act would provide to police and mentions that the RCMP has been communicating with the federal Department of Justice to give their input on the Act. However, in this email, Lucki then states that she is “of the view that we have not yet exhausted all available tools are already available through the existing legislation.” This email was sent around 1 a.m. on February 14, the same day the Act was invoked by the federal government.

When presented with this document on October 24 and asked whether he agreed with Lucki’s assessment, Bell skirted around an answer, but did eventually say: “I do believe there was other – there could have been other opportunities. There was provisions within all of those [referring to the other legislations listed by Lucki in her email].” Lucki herself has yet to appear before the Commission. In the aftermath of the Convoy, she has supported the government’s decision to invoke the Act, but has dodged direct questions about its necessity in this situation.

The threshold the federal government must meet to establish a national emergency under section 3 of the Emergencies Act is high and specifies that the situation must be something “that cannot be effectively dealt with under any other law of Canada.” Lucki, Bell, and Bernier’s apparent belief that police possessed the requisite powers to address the protest prior to the Act being invoked cast significant doubt on the federal government’s claim that invoking the Act was necessary. To some of the highest-ranking police officers involved in the Convoy crisis, it does not appear as though there was a lack of available police powers to deal with the protest. Rather, it seems as though political concerns, the unprecedented nature of the situation in Ottawa, and the disorganized, ineffective use of existing police powers caused a perceived need in the eyes of the federal government to invoke the Act.

Canadians must continue to follow the Commission’s important work, as it can be easy to forget what is at stake. The precedent-setting nature of last winter’s events as the first situation in which the Act has ever been invoked means that the Commission’s findings will likely inform the ways the Act is interpreted in the future. Of course, the Commission’s report will not constitute judicial precedent, but we would be remiss to ignore its importance altogether. As someone who staunchly opposes the increase of police powers in Canada and who has mixed feelings on the Act itself, I hope to see the government brought under the strictest of scrutiny for having invoked it.

The Commission continues questioning witnesses every weekday until November 25. Daily transcripts and videos are available on its website, as is a live webcast if viewers wish to watch in real time.