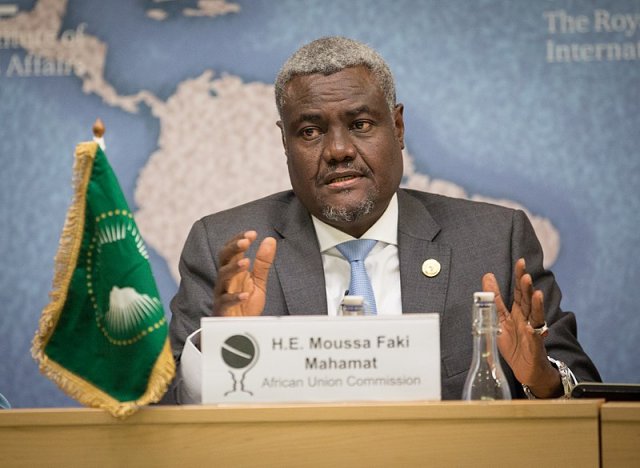 Chairperson of the African Union Moussa Faki Mahamat Sunday called for an unconditional ceasefire in the Tigray Region of the Federal Democratic Republic of Ethiopia. A press release from Mahamat’s office reported:

The Chairperson strongly calls for an immediate, unconditional ceasefire and the resumption of humanitarian services. The Chairperson urges the Parties to recommit to dialogue as per their agreement to direct talks to be convened in South Africa by a high-level team led by the AU High Representative for the Horn of Africa, and supported by the international community

Last month, The United Nations, the African Union (AU) and the US Department of State voiced approval for a peaceful resolution to the ongoing conflict. In March, leaders instituted a five-month truce. While a certain level of violence continued during this period, leaders believe the truce saved countless lives. Violence has intensified following the end of the truce period.

The current conflict in the Tigray began in November 2020 between the Ethiopian federal government and Eritrea and the Tigray People’s Liberation Front (TPLF). The Tigray crisis has been ongoing, and several human rights organisations have accused Ethiopian armed forces of participating in the ethnic cleansing of the Tigrayan minority. The Ethiopian Human Rights Commission (EHRC) outlined several human rights violations and war crimes allegedly committed in July and August in the regions of Amhara and Afar in connection with the conflict.