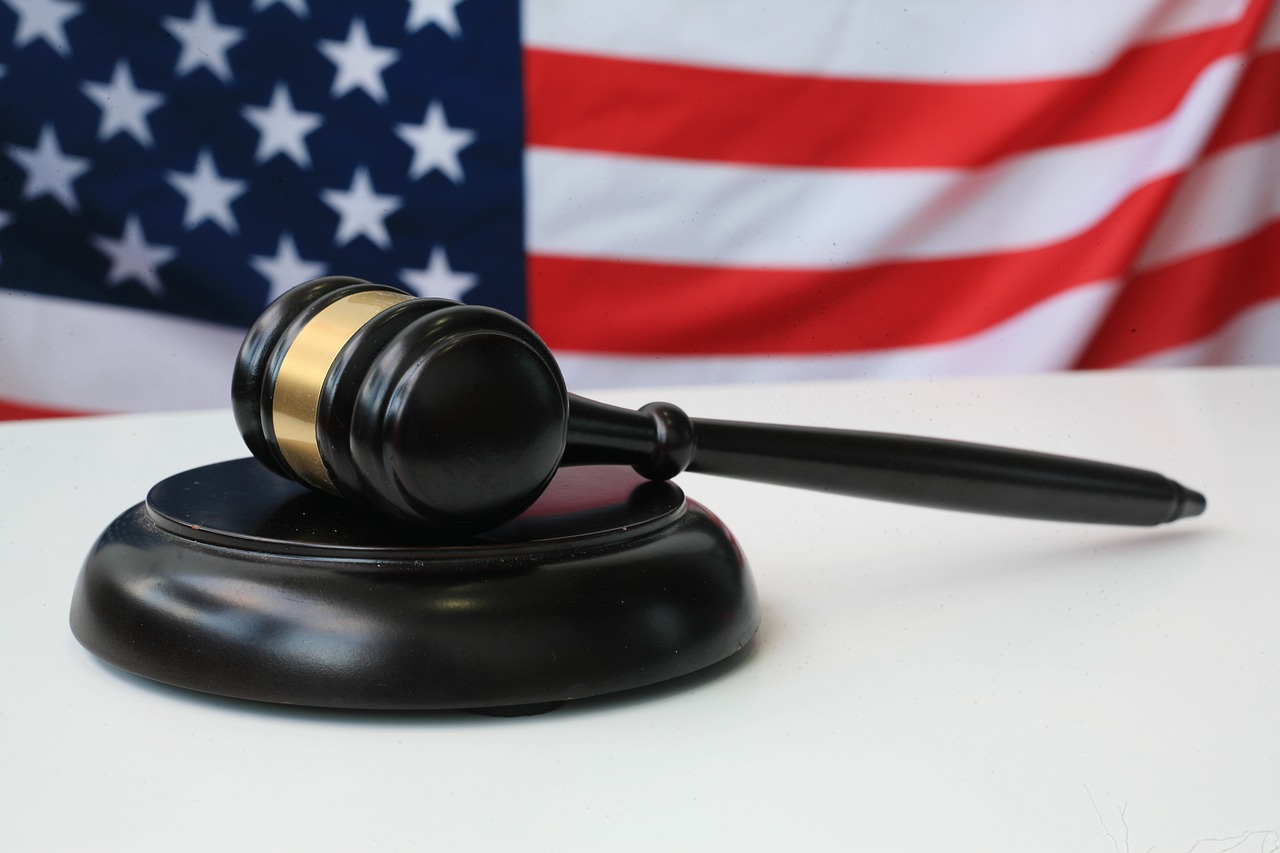 Marisa Wright is a US national staff correspondent for JURIST, and a 2L at Harvard Law School.

Last week, a federal judge agreed with Donald Trump’s request to appoint a special master to review records seized by the FBI during its search of his estate. Judge Aileen M. Cannon also ordered the Justice Department to cease reviewing the records as part of its criminal investigation into Espionage Act violations and obstruction of justice. Cannon’s order has been widely criticized by legal experts for its flawed reasoning and problematic implications.

It comes as no surprise that Cannon was appointed to the bench by Trump or that she is a long-time member of the Federalist Society, an organization that champions extreme conservative efforts to reshape American law and overtake the judiciary. FedSoc, as it is known, is led by Leonard Leo, who recently made news for receiving  $1.6 billion in dark money to further his political agenda.

Concerns about a politicized judiciary were understandably renewed on the heels of Cannon’s order. Norman Ornstein, a political scientist and Emeritus scholar at the conservative American Enterprise Institute, called Cannon “a partisan hack of a judge.” Ornstein went on to say, “What a disgrace. Nothing but a Trump lickspittle. Unfit for the bench.”

In How Democracies Die, authors Steven Levitsky and Daniel Ziblatt detail the basic tactics that accompany the rise of authoritarianism. One of the first actions would-be authoritarians take is to politicize independent institutions, especially the judiciary. “It always helps to have the referees on your side,” they write. Having the referees on your side is helpful—indeed, crucial—when you violate the rules of the game, or the rule of law.

That’s why the politicized judiciary in the United States, combined with the prospect of the election of dozens of MAGA election deniers to offices that oversee election administration during this year’s midterm elections, is so incredibly alarming. The blend between candidates chomping at the bit to suppress the vote and overturn election results they don’t like and a judiciary packed with partisans willing, even eager, to uphold those efforts poses a uniquely dangerous threat to American democracy and legitimacy.

In just one term, Trump appointed 226 judges to the federal judiciary (for context, Presidents Obama, W. Bush,. and Clinton each appointed 320-367 in double the amount of time), along with three justices to the U.S. Supreme Court. Trump’s replacement of Justice Anthony Kennedy, who was widely-considered a swing justice, with Brett Kavanaugh and of Justice Ruth Bader Ginsburg with Amy Coney Barrett moved the Court sharply right.

That’s not the only long-lasting impact Trump will leave on the federal judiciary. His judicial nominees were uniquely young and so will remain on the bench for decades. According to the Trump White House, “[t]he average age of circuit judges appointed by President Trump is less than 50 years old – a full 10 years younger than the average age of President Obama’s circuit nominees.”

His nominees are also hand-picked by the Federalist Society, which means they must pass an unspoken ideological test. The Trump White House also even bragged that his judicial “appointments have already tipped the balance of numerous Federal courts to a Republican appointed majority.”

Trump’s rush to pack the federal judiciary with young, conservative ideologues has also come at the price of qualifications. Six of his nominees were rated as “unqualified” by the American Bar Association.

State Republican parties have also been trying to pack state courts with conservative partisans. The politicization of state courts is particularly worrisome because they hear 95 percent of all complaints filed, including election-related litigation.

As Levitsky and Ziblatt point out, authoritarians must lay the groundwork for future attempts to expand power by politicizing the judiciary precisely because their efforts to consolidate power violate the rule of law and related democratic norms:

In democracies, such institutions are designed to serve as neutral arbiters. For would-be authoritarians, therefore, judicial and law enforcement agencies pose both a challenge and an opportunity. If they remain independent, they might expose and punish government abuse. It is a referee’s job, after all, to prevent cheating. But if these agencies are controlled by loyalists, they could serve a would-be dictator’s aims, shielding the government from investigation and criminal prosecutions that could lead to its removal from power. The president may break the law, threaten citizens’ rights, and even violate the constitution without having to worry that such abuse will be investigated or censured. With the courts packed and law enforcement authorities brought to heel, governments can act with impunity.

Nowhere is this sort of power grab clearer than in Trump’s efforts to overturn the 2020 election, which culminated in the January 6 attack on the U.S. Capitol. Fortunately, institutions held in that dark moment.

But an even more daunting possibility has developed since then. More than a hundred election deniers will be on the ballot in November. The most risk to democracy stems from election deniers who are candidates for offices that oversee election administration—like Republican nominees for secretary of state Kristina Karamo of Michigan, Mark Finchem of Arizona, Jim Marchant of Nevada, and Audrey Trujillo of New Mexico, along with Doug Mastriano, the Republican nominee for governor in Pennsylvania (the governor appoints the state’s top election official in the Keystone State).

All five of these candidates are members of the American First Secretary of State Coalition. Among the Coalition’s agenda are commitments to eliminate mail-in ballots and early voting, aggressively purge voter rolls, and implement strict voter ID laws. That’s not all—experts warn that the candidates, if elected, could use “the power of red tape” to meddle with elections in the future.

It’s not just a possibility that these candidates will try to subvert free and fair elections; it’s already a reality. Mastriano, for example, engaged in multiple attempts to overturn the results of the 2020 election, including organizing a pseudo-hearing where the Trump campaign presented baseless claims of fraud, facilitating a plan to appoint fake Pennsylvania electors for Trump, and pushing an unofficial review of election equipment. Mastriano continues to propagate the Big Lie and was present at the capitol during the January 6 attacks.

Arizona’s Finchem also “introduced several resolutions seeking to decertify the results of the 2020 election in three major Arizona counties, as well as a bill that would give the Legislature the power to reject election results.”

Republican state legislators in North Carolina are already pushing the independent state legislature theory, which would give state legislatures unfettered power over elections, and the conservative U.S. Supreme Court agreed to take up a case involving the fringe theory this term. The Brennan Center for Justice warns that “adopt­ing the inde­pend­ent state legis­lature theory would also mean that voters across the coun­try have no judi­cial remedy — in state court or in federal court — to fight partisan gerry­man­der­ing. The poten­tial consequences could stretch still further…State lawmakers would be able to adopt vote suppres­sion legis­la­tion without any checks or balances from state courts or even gubernat­orial veto.”

It is highly likely, if not inevitable, that these election denier candidates will interfere with any election outcome they don’t like in 2024 and beyond. Courts proved to be a generally effective backstop against the efforts to overturn the 2020 election, but the threats from election deniers will be different this time around. Whereas the Trump campaign and others peddled kooky theories and claims about election fraud in 2020 that courts couldn’t entertain with a straight face, elected election deniers will be able to use what Levitsky and Ziblatt call “the veneer of legality”—that is, they will be able to use the legal authority vested in their public offices— to subvert democratic elections.

With an emboldened and politicized judiciary in the background, it would be foolish to view the 2022 midterms as simply another normal election. We can either look back on it as an example of intense organizing and civic engagement that saved American democracy from the brink, or as a key juncture of authoritarianism’s ascent.