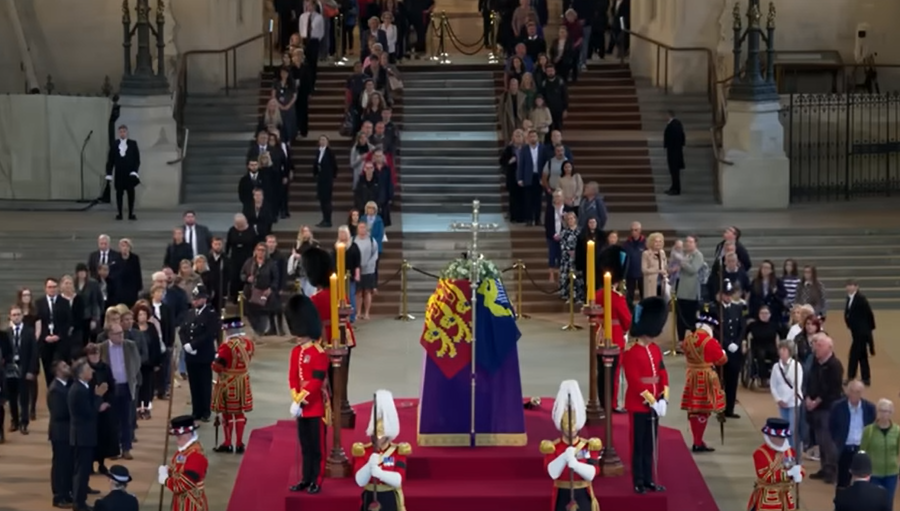 Syed Taha Anzar is a UK staff correspondent for JURIST. He is a second-year student in the Faculty of Law, University of Oxford.

The streets of London are packed, with a queue to see Queen Elizabeth II lying in state stretching out for 5 miles and lasting over 15 hours. Those who stand in line do so out of mourning, curiosity, or just to feel included. However, everyone shares one sentiment; times are changing, and we must now consider the direction our country is heading in.

Incoming King Charles has worked tirelessly over his life on numerous charities. He has set up over 20 in the past 40 years. Regardless, many feel as though he has yet to win the same trust and respect his mother held. Whether he ever will remains unclear. Nevertheless, the King is committing himself to serving the people, following in the late Queen’s footsteps. Like monarchs before, he’s declared that he will be giving up the revenue from £16.5 billion Crown’s Estates for the Sovereign Grant, a sum of money to help the sovereign fulfill their duties.

However, Charles’ past leaves cause for many to question his suitability as a monarch. In the 2005 ‘black spider memos’, he lobbied MPs on issues ranging from illegal fishing to teacher training. Tackling these problems may be noble and indicative of Charles’ charitable character, but many see such lobbying as a grave overreach of the monarchy’s influence and an insult to our democracy. As a result, he reassured the public in his accession declaration last week:

“I am deeply aware of this great inheritance and of the duties and heavy responsibilities of Sovereignty which have now passed to me. In taking up these responsibilities, I shall strive to follow the inspiring example I have been set in upholding constitutional government and to seek the peace, harmony and prosperity of the peoples”

What exactly upholding a ‘constitutional government’ means is uncertain, however. The Queen, praised for respecting the unwritten British constitution, vetted over 1000 bills and lobbied for many to be in her favour. To take just instance, the Scottish Heat Networks Act, in section 68, includes an explicit exclusion for the Queen, making her the sole citizen not required to allow the construction of certain pipelines on their land. Why? Because her lawyers insisted on the exception, despite resistance from democratically elected Scottish Parliamentarian Andy Wightman:

“I have no objection to the Queen owning property in a private capacity. However, she cannot, on the one hand, claim rights to private estates as a private citizen and, on the other hand, continue to be exempt from the rules that govern the affairs of all other private citizens who own land”

Despite these issues, the monarchy remains in the UK only because the people wish it. We put up with unequal laws and funding their security because the sovereign provides us with a sense of stability and calm amidst a constantly changing government. In fact, this is more true now than ever, considering the UK has had 4 different Prime Ministers in the last 8 years whilst being in economic flux the entire time. However, there is surely a limit where the Crown’s restrictions on the peoples’ liberty outweighs the unity and stability some claim the monarch provides.

One such liberty recently restricted has been freedom of expression, as across the UK we have seen see police dragging people away for heckling or arresting them simply for protesting the monarchy. A barrister, Paul Powelsend, was recently questioned by the police simply for holding a blank sign on which he would eventually write ‘Not my King’. Other cases involve the removal of a man heckling Prince Andrew and the arrest of another protesting the monarchy. Reportedly, some of the charges were brought under the Public Order Act 1986, which criminalizes using threatening words and displaying threatening signs in public spaces. The existence of such broad, discretionary police powers is worrying enough, never mind whether it is used to silence republican protests. Still, it would be remiss to ignore the difficult situation of the Met Police, who made their own statement on public protests. The Queen’s funeral is undoubtedly one of the most difficult security challenges ever faced, with the streets packed and police forces on alert despite being spread thin.

Nevertheless, while the UK still is generally fond of the sovereign and these protests involve only a tiny minority, support for the monarchy wanes when looking at the younger demographic. To some, the royal family represent an anti-democratic and classist society, still entrenched in old traditions which should be forgotten completely. Ultimately, the continuation of the monarchy depends on whether the youth and the parliamentarians of tomorrow believe they do represent such damaging ideals. It will be they who determine whether the constitutional issues of the monarchy outweigh our love for them. How that determination is made will depend largely on the actions of King Charles.

He could be respected. He could be distrusted, Or maybe he will simply be ignored as people lose interest in the actions of our sovereign. Whatever the case, the beginning of this King’s reign has triggered a new era for the UK constitution. Hopefully it emerges more democratic than the last.