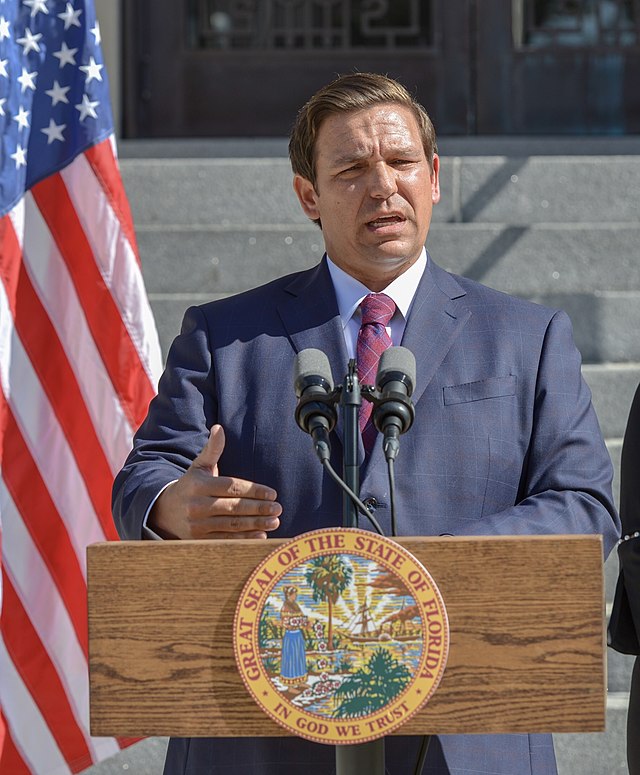 On September 14, a plane of 48 Venezuelan migrants arrived at the Martha’s Vineyard Airport. DeSantis, who confirmed in a comment to NPR that he had chartered the plane under a state program approved by the Florida legislature, told migrants they would find shelter and jobs in Martha’s Vineyard. Martha’s Vineyard officials were not informed of the migrants’ arrival ahead of time. As a result, local officials had to scramble to activate emergency operations and source food, water and emergency shelter.

In a press conference Monday, Bexar County Sheriff Javier Salazar stated that the migrants were lured under false pretenses to Martha’s Vineyard. The sheriff office’s preliminary investigation has revealed that an individual was paid money to recruit approximately 50 migrants from the area around the Migrant Resource Center in San Antonio. The migrants were told that if they followed the individual they would receive work and sanctuary. The migrants first went to a hotel, then onto a plane to Florida, then onto a plane to Martha’s Vineyard “for little more than a photo op.” Upon arrival, migrants discovered that neither work nor sanctuary awaited them at Martha’s Vineyard.

At an unrelated event on September 16, DeSantis claimed the operation was an effort to redistribute the burden of the migrant crisis along the US southern border to Northern states.

Salazar said of the operation:

If someone is here and they are illegally here and are undocumented, they have rights to not be victims. They have rights to not be lured to another state with fake promises. With that being said, these people were here legally. They were documented. They had the right to walk around the streets free and not be transported across the country for it to be a media event. That’s a tragedy. That is at worst some type of crime. We’re going to look at what extent of the law we can hold people accountable.