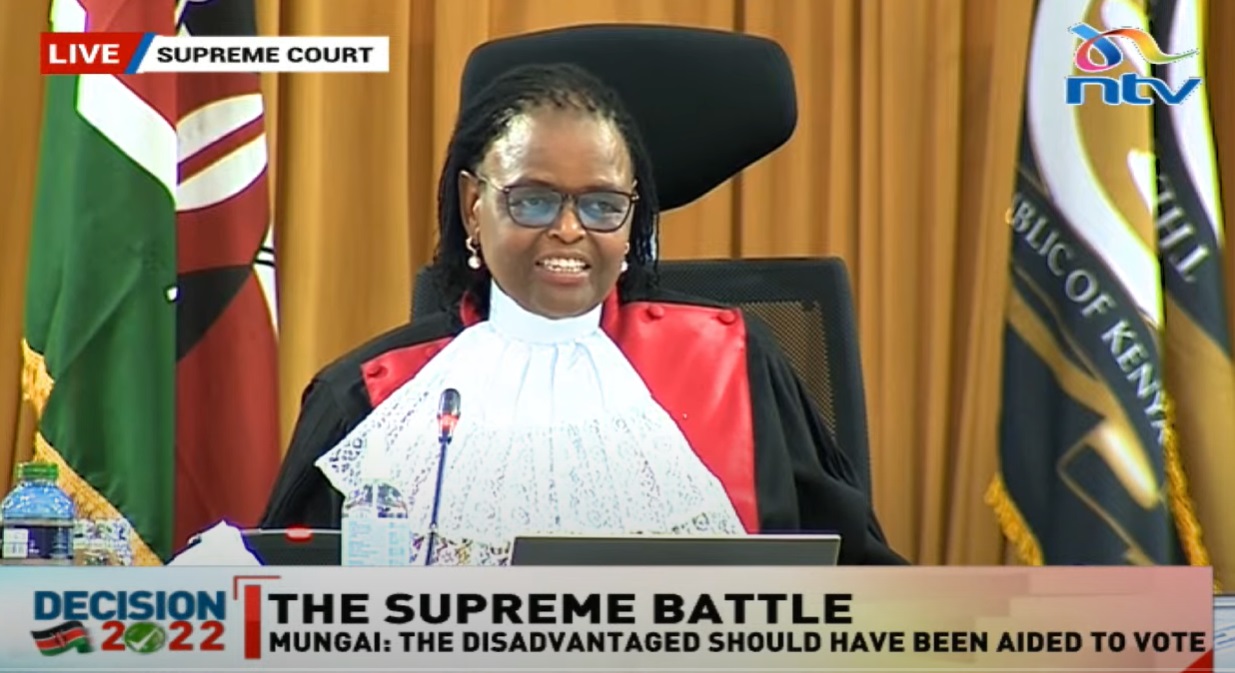 This has been a very hectic week for Kenya. Mombasa and Kakamega had their gubernatorial elections on Monday, while Rongai, West Pokot South and Kacheliba had their Member of Parliament (MP) elections the very same day. The Azimio La Umoja party won all those seats except the Rongai MP seat which was won by the Kenya Kwanza candidate. Celebrations in West Pokot South whose celebrations extended late into the night on Tuesday, and videos went viral on Twitter.

The Azimio wins in West Pokot South and Kacheliba turned a lot of heads. This is because many expected William Ruto’s Kenya Kwanza party to win in those areas, since they are considered part of his stronghold. Many started wondering if there might actually be a chance that Azimio might have won other positions in the region as well.

This now brings me the other big thing currently taking place in Kenya: the presidential election petitions. William Ruto’s announced election victory in the recent presidential poll is currently being contested in our Supreme Court, presided over by Chief Justice Martha Karambu Koome, the first woman to hold that office. There was a pre-trial conference on Tuesday, where the court laid out the ground rules to be followed by all participants as well as gave a summary of the various issues to be determined by the end of the trial. The court also consolidated the 7 outstanding petitions into one petition, with the lead petition being the one submitted by Raila Odinga and Martha Karua, the presidential and deputy presidential candidates for the Azimio party. Various counsel came before the court to present their clients’ submissions. We had senior counsel Philip Murgor, one of the Azimio advocates, who stated that Independent Electoral and Boundaries Commission (IEBC) technology systems were tampered with by unofficial personnel. “The technology was so inherently corrupted, manipulated and tainted that the results declared by Mr Chebukati cannot be, in an objective case, said to be representative of the true will of the Kenyan people,” he said. Murgor was further supported by Omtatah, one of the petitioners, who claimed that despite the elections ending at 5pm on August 9th 2022, in most areas, the polling turnout continued to rise until the next day. He stated that as of August 9th 2022 at 8.45pm when voting had already been closed countrywide, the correct number of votes cast was 13,731,215. However, on August 10 the online election portal showed that the number of votes cast was 14,239,842. According to Omtatah, it did not make sense for IEBC to show different numbers and yet the voting exercise was completed in good time. Hence he argued that the results were cooked.

We also had lawyers such as Mr. Paul Nyamodi and Mr. Willis Otieno who very passionately asked the court to take appropriate actions against the IEBC chairman, Wafula Chebukati, whom they claim acted ultra vires to his position. And they were not the only ones; all the lawyers representing the 7 petitions requested that the court ensure that Chebukati is punished for what he’s done. This pleased many Azimio supporters who have been campaigning on Twitter and have even been signing petitions demanding the arrest of Chebukati.

When it came to the rights of the voter, no legal counsel made a better case than Zehrabanu Jan Mohammed, representing the second petitioner, John Njoroge Kamau. Honestly speaking, she did a splendid job while presenting her case. She asked questions that resounded with Azimio supporters, such as when she brought to the attention of the court that many people after this election were left wondering if their vote truly mattered. This is actually very true, since when Chebukati announced Ruto as president-elect, many people were left heartbroken and felt like the system had failed them. Others do not even want to get their hopes up in regards to the elections petition since they fear that Supreme Court will fail to deliver a fair and just judgment. Lawyer Zehrabanu went on to discuss the issue of voter suppression that had been brought up earlier by senior counsel Ms Julie Soweto. She discussed on how it was unfair for the IEBC to cancel the gubernatorial elections for Mombasa and Kakamega on the eve of the general elections due to issues that could have been easily avoided if the commission had done its job properly. She claimed this act by the IEBC led to some residents in the two counties not showing up to vote.

As the day progressed it could be seen that all the petitioners wanted the elections to be nullified due to Chebukati’s actions being unconstitutional. The Azimio party has also requested that the court should do a recount of the votes and declare their candidates the winners of the presidential race. There is also the issue of Azimio being granted access to the IEBC servers that arose on Wednesday afternoon. There had previously been a standoff on since IEBC were wary of granting Azimio such access since they believed if by chance the court orders a fresh election then they would have to get new servers. The standoff went on Wednesday until the court finally ordered IEBC to clone their servers and grant the Azimio group access to the servers for scrutiny. On Wednesday evening IEBC posted on their Twitter account that they had opened the servers for Azimio to inspect, but just a few hours later there were rumors going around on Twitter that the servers had still not been opened. Whether the rumors are true or not nobody knows, the only people who can confirm that indeed the servers have been opened are the judges who are to give a report on the matter Thursday.

The judges adjourned the trial Wednesday by asking the petitioners various questions which they expect to be addressed at a later time. Some of the questions sought clarification on how the IEBC technology was allegedly hacked or what suggestions the petitioners might have on how to conduct a new election without the IEBC chairman, since they want Chebukati to be removed from office. “If an election is ordered to be done, yet one of the reliefs you are seeking is that the chair be declared unfit to hold office… our constitution has never contemplated such a lacuna. How is that possible? What are your proposals practically on the ground?” Justice Ibrahim asked. Justice Philomena Mwilu wanted more information in regards to what led to the notorious division amongst the IEBC commissioners.

The petition is set to continue today, Thursday, with Ruto and Chebukati defending their case.

People are waiting for a judgment to be made as soon as possible so that they can finally move on with their lives. Especially considering how high the cost of living in Kenya currently is, people are stressed by trying to find means of survival in this harsh economy. Therefore,  most citizens are hoping that whoever wins this presidential race will actually help the situation.