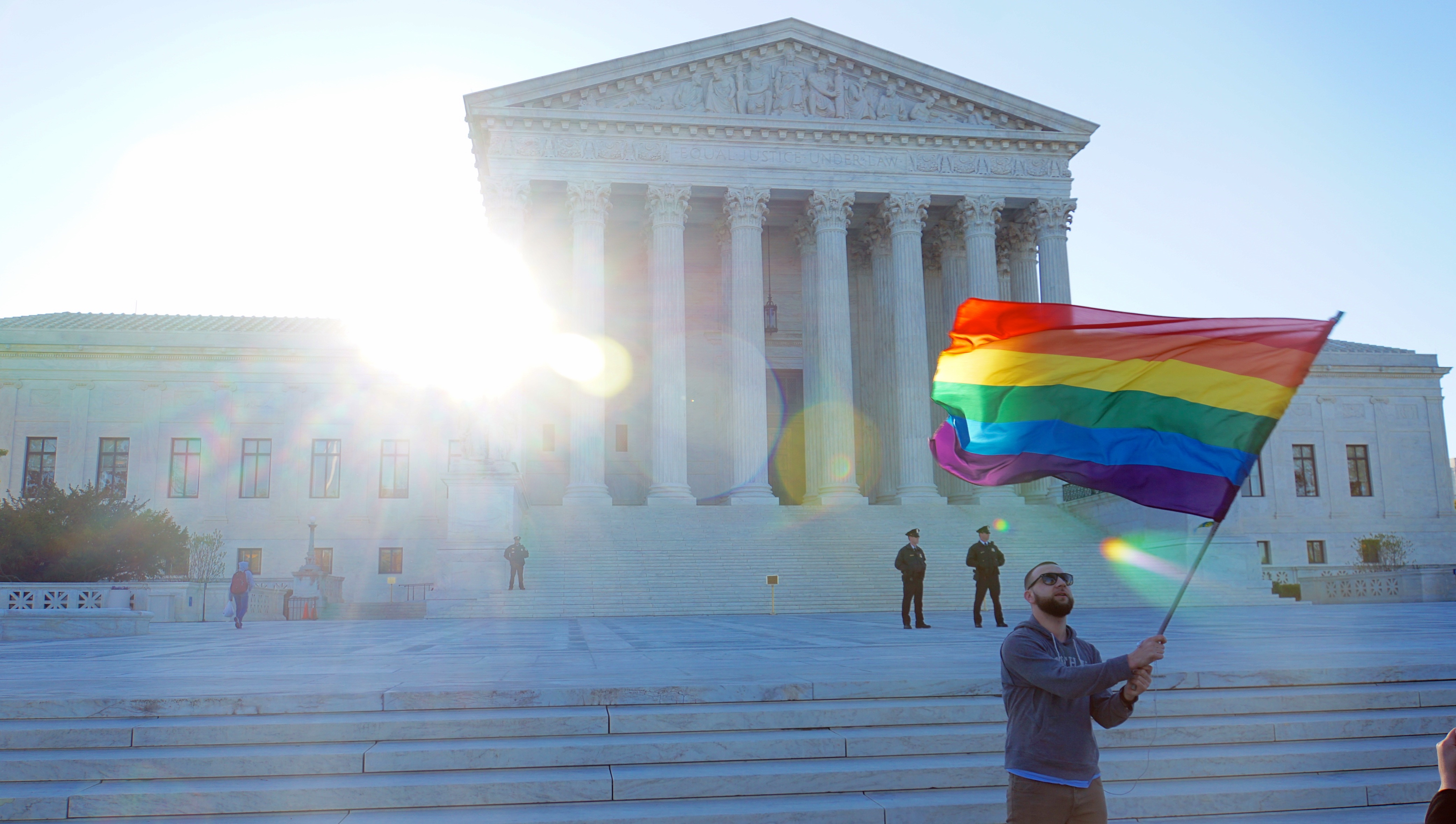 The flagship university of Modern Jewish Orthodoxy turned to the US Supreme Court on Monday in hopes of blocking a lower-court order that would require it to formally recognize an LGBTQ+ student organization.

The case originated in 2021, after multiple unsuccessful attempts by the student club, the Pride Alliance, to seek recognition from Yeshiva University’s administration. According to the group’s initial complaint, three attempts to seek recognition between 2019 and 2020 were denied because of the university’s prohibition on student clubs with names that included the terms “LGBT” or “gay.” The group went on to argue that as a university in New York City, Yeshiva qualifies as a place of public accommodation, and is thus barred under the municipal Human Rights Law from discriminating against students on various protected grounds, including sexual orientation and gender identity.

The university has stated that its refusal to formally recognize the group is rooted in religious reasons and that nonetheless it offers support services to LGBTQ+ students, and prohibits bullying on grounds of sexual orientation. It initially responded to the organization’s complaint with a motion to dismiss, which was ultimately converted to a motion for summary judgment. The university argued that owing to its religious affiliation and its incorporation under New York’s education law, the university is exempt from the human rights law’s public accommodations provision. The university further argued that the alliance’s reading of the human rights law would violate its religious autonomy, and infringe upon its rights to free exercise, speech, and assembly, in violation of the US Constitution.

In June of this year, New York State’s Supreme Court held that although “a religious corporation incorporated under the education law” is expressly excluded from New York City’s human rights law, a 1967 amendment to Yeshiva University’s charter describes the school as an “educational corporation under the Education Law of the State of New York,” and that it is organized and operated “exclusively for educational purposes.” These descriptions, the court notes, represented a departure from the university’s original charter, which had stated the school existed for exclusively religious purposes “to promote the study of the Talmud.” The court thus held the university was not exempt from New York’s prohibition on discrimination as a place of public accommodation.

The New York court also rejected the university’s constitutional arguments. With respect to free exercise, it found the anti-discrimination requirement for places of public accommodation did not violate the school’s rights as the human rights law is generally applicable, and thus its ban on discrimination does not target religious practice. With respect to free speech, the court was also unconvinced, holding that Yeshiva is being asked only to provide the Pride Alliance with the same benefits afforded to other student groups, and not to make a statement endorsing any particular viewpoints with respect to LGBTQ+ issues. The court was also unpersuaded by the university’s free association argument, citing the Supreme Court’s decision in Rumsfeld v. Forum for Academic and Institutional Rights, Inc., which stated: “just as saying conduct is undertaken for expressive purposes cannot make it symbolic speech … so too a speaker cannot erect a shield against laws requiring access simply by asserting that mere association ‘would impair its message.'”

The New York court held the university and its leadership were permanently restrained from continuing their refusal to formally recognize the Pride Alliance, and ordered the school to immediately grant the organization “full and equal accommodations, facilities and privileges afforded to all other student groups.”

The Becket Fund for Religious Liberty, an advocacy group that promotes the free exercise of all faiths, filed Monday’s emergency application with the US Supreme Court on behalf of Yeshiva University. In it, the university sought a stay of the lower court’s orders pending appellate review, or a writ of certiorari and stay pending resolution of the dispute. The school argued that the lower court’s order essentially compels the university and its leadership to either violate their religious beliefs or face contempt, referring to the court order as an unprecedented intrusion into the “religious formation of its students in the Jewish faith. The complaint goes on to accuse New York secular authorities of seeking to overrule Yeshiva’s religious authorities in violation not only of the first amendment, but also of the wishes of America’s first president:

In 1790, President George Washington wrote to the Jewish community in Newport, Rhode Island, of his wish that the “Children of the Stock of Abraham” would continue to enjoy the goodwill of their fellow citizens, such that each could “sit in safety under his own vine and figtree, and there shall be none to make him afraid.” … Yet when the secular authorities of New York purport to overrule the religious authorities at Yeshiva—and when the civil courts insist the First Amendment has nothing to say about the matter—something has gone terribly wrong.

It is not immediately clear if and when the Supreme Court will respond to the application. The justices are presently on recess, with arguments set to commence in early October.