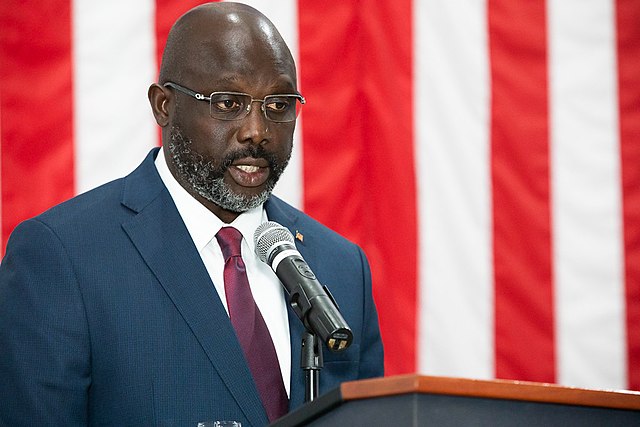 The purpose of EO 13818 is to implement the Global Magnitsky Human Rights Accountability Act, which allows the US to sanction any international actors engaged in corruption or human rights abuses.

Following DOT’s announcement of the sanctions, Weah issued a statement citing grave concerns over the three sanctioned officials. As a result, Weah suspended the officials and opened the opportunity for an investigation into their alleged participation in public corruption.

McGill served as Minister of State and Weah’s Chief of Staff. McGill is accused of giving and receiving bribes to business owners and investors. On multiple occasions, McGill manipulated public procurement processes to obtain multimillion dollar government contracts which he held stake in. According to the US Treasury Department, “McGill regularly distributes thousands of dollars in undocumented cash to other government officials for government and non-government activities.”

Cephus served as Solicitor General and Chief Prosecutor of Liberia. Cephus is accused of developing relationships and accepting bribes from individuals facing criminal investigations. Similar to McGill, Cephus has allegedly abused his position by shielding certain members of the government from investigation and tampering with evidence to ensure the conviction of opposition political party members.

Twehway served as Managing Director of the National Port Authority. Twehway is accused of diverting $1.5 million in funds away from the government and into a private account. Twehway also allegedly established his own secret, private company which he then awarded massive government contracts.

DOT sanctions label all three officials as foreign persons who serve as current government officials responsible for or complicit in, or directly or indirectly engaged in corruption. Since Weah suspended all three officials, McGill, Cephus and Twehway’s principal deputies will now serve as acting officials in their place.