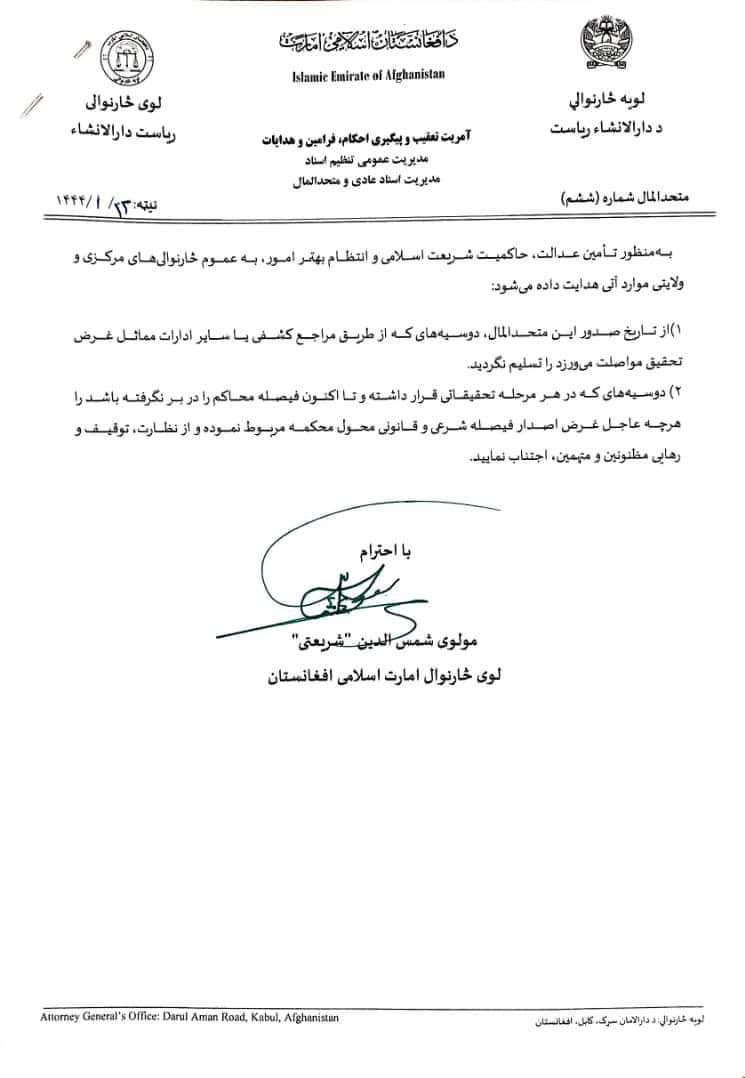 Thomas Kraemer is Senior Counsel at Kakar Advocates in Kabul, Afghanistan, and a graduate of the University of Pittsburgh School of Law. He is a Special Correspondent for JURIST currently based in Istanbul, Türkiye.

Last Saturday it was announced that the investigation and prosecution of crimes is no longer within the purview of the Afghanistan Attorney General’s Office. The news came via a circular signed by the acting Attorney General of the Islamic Emirate of Afghanistan, Mawlawi Shamsulldin Shariati. A circular is an intra-government notice or memorandum directing at transmitting information from one governmental office to the rest of the administration.

The Taliban, who took power in August 2021, rejected the 2004 Constitution at the time of its ratification, and the interim government that was established after the fall of the Islamic Republic of Afghanistan has continued to disavow its validity. The government has not formally repealed the Constitution, nor has it amended the Criminal Procedure Code or the Law on the Structure and Authority of the Attorney General’s Office, but clearly these authorities will not be followed going forward with respect to criminal procedure in Afghanistan.

It is believed that the move signals a belief within the Taliban government that judges schooled in Islamic law are better positioned to apply principles of sharia to criminal matters. How the courts will proceed with the investigation and trial of suspects is to be seen. Also unanswered for now is the current function of the Attorney General’s Office, given that the law and Constitution do not confer any authority to handle civil matters upon it.