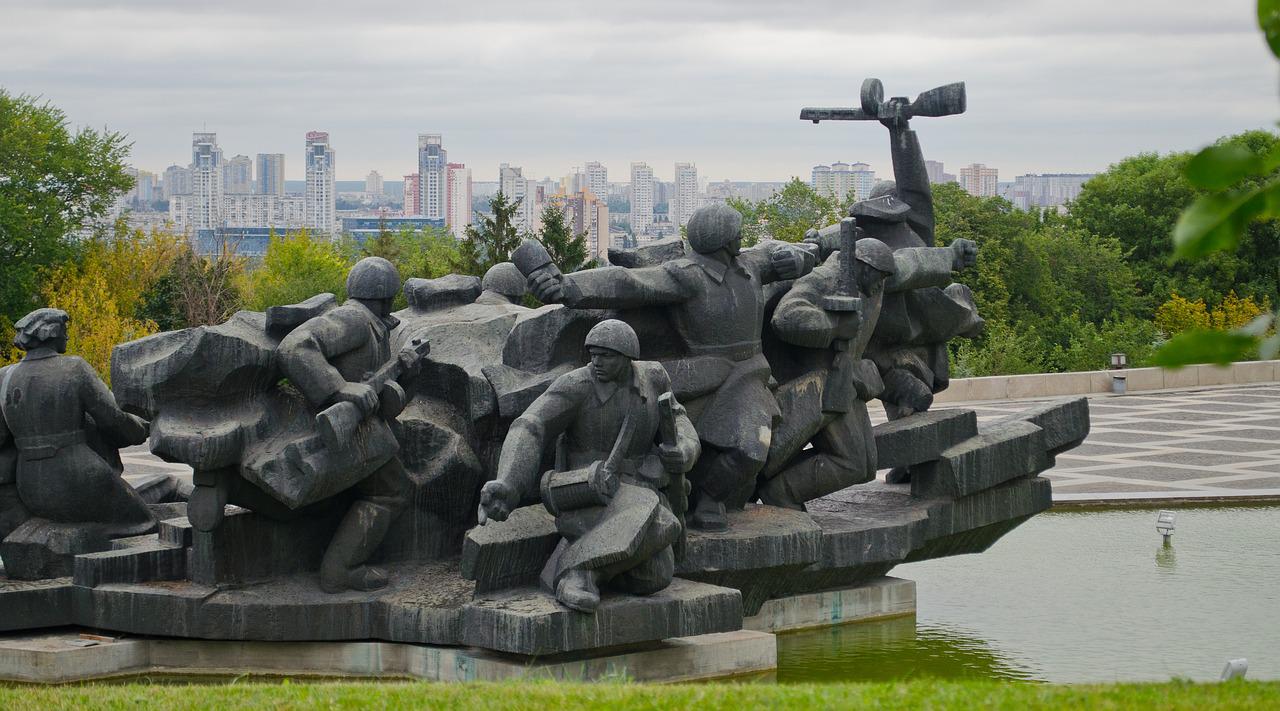 Over the past few weeks, Ukrainian authorities have been working on returning Ukrainian soldiers from Russian captivity, and recently brought back defenders of the Azov steel plant in Mariupol – all of them members of the Azov Battalion.

Like Mariupol itself, the city in southern Ukraine that was destroyed and taken over by the Russians, many have probably heard of “Azov”. But these words have ceased to catch the attention of the global audience. I often ask myself, where did Azov go? Who are they? What connection is there between them and Mariupol, and why are they important for Ukraine?

The Special Operations Detachment “Azov”, also known as the Azov Battalion, is a unit of the National Guard of Ukraine formerly based in Mariupol city, in the coastal region of  the Sea of Azov, from which it derives its name. The unit was founded in May, 2014 as a volunteer paramilitary police force to fight pro-Russian forces in the Donbas War, and later in 2014, was formally incorporated into the National Guard.

Interestingly, the regiment’s size was estimated at 900 to 2,500 combatants in 2017-2022, most of which were either Russian speakers or came from the Russian-speaking regions of Ukraine. In essence, these are foreigners who also serve in Azov.

But let’s begin with the short history of battles where Azov succeeded. For example, during the Donbas War, Azov members, together with other battalions of the Ukrainian Armed Forces, actively participated in the First (May-June 2014) and Second (August-September 2014) Battles of Mariupol and managed to ‘deoccupy’ the city from the separatists of the so-called “Donetsk People’s Republic”. In February 2015, after breaking through “Donetsk People’s Republic” lines, the Azov Regiment managed to quickly capture the Ukrainian towns of Shyrokyne, Pavlopil, and Kominternove, and began to advance toward Novoazovsk, a border town on the south-eastern tip of Ukraine. In 2019, the Azov Regiment spent eight months on the frontline at Svitlodarsk Arc.

As can be seen, Azov consistently fought against separatists and Russian forces to maintain the independence of Ukrainian territories in the East. This led to Russia gaining ample opportunities to get to know Azov and build their propaganda. The Azov Battalion has been described by the Russians as “a far-right militia, with connections to neo-Nazis and members wearing neo-Nazi and SS symbols and regalia, and expressing neo-Nazi views”. Russian propaganda frequently used Azov’s “Idea of the Nation” symbol, describing it as neo-nazi. However, the “Idea of the Nation” symbol is a monogram of the letters “I” and “N”. The form of writing the letter “N” corresponds with the traditional ancient Ukrainian style of spelling.

Also, to refute Russian propaganda, in 2022, Andreas Umland, a German political scientist, added that while initially the battalion did indeed have far-right origins, it was “de-ideologicalized” after becoming a regular combat unit. Recruits join Azov not because of ideology but because “it has a reputation as a particularly powerful combat unit”. However, it goes without saying that Russia is uninterested in the actual facts.

During the current Russian-Ukrainian war, Azov has been defending Mariupol again. Russian rocket artillery was bombarding Mariupol nonstop. The occupiers struck all areas of the city, including critical and communal infrastructure facilities. Despite high pressure from Russian armed forces (as they have occupied the territories around Mariupol), Azov was heroically defending every single corner of the city. The Russians did not stop storming “Azov Steel“, the blocked factory in Mariupol, where thousands of civilians were hiding in the shelters. Azov Steel was the last place in the blocked and destroyed Mariupol that was not occupied by the Russians. About 600 seriously wounded soldiers and no fewer civilians were in the shelters of the blocked plant, unable to receive essential medical care due to a lack of medications and their difficult living conditions.

On May 20, 2022, on the 86th day of the defense of Mariupol, the remnants of the Azov Battalion, according to the order of the leadership, stopped the resistance and surrendered to the Russian troops.

Currently, an operation is being carried out to exchange dead bodies and living soldiers from Azov with Russia. The government of Ukraine has asked the public not to react actively to any news about the operation, it being a very complicated and delicate process. Of course it is; dealing with a terrorist state cannot be simple.

But what does Russia say about the Ukrainian defenders?

The Prosecutor General’s Office of the Russian Federation has filed  a lawsuit to recognize Azov as a terrorist organization. The case will be considered by the Russian Supreme Court behind closed doors because some materials are classified as “secret”. Previously, the unit “Azov” was recognized as extremist and banned in Russia. As Russian lawyers emphasize, it is extremely important to legally recognize the status of “Azov” as a terrorist organization. Among other things, this will allow captured Azov militants to be charged with violation of Article 205.5 of the Russian Criminal Code, which punishes involvement in such an organization’s activities.

If the Supreme Court of the Russian Federation affirms the claim of the Prosecutor General’s Office, then any Azov member can receive a term of 10 to 20 years in prison. Similarly, the organizers and commanders face a term of 15 to 20 years.

I find it funny how Russia asserts that references to the fact that “law has no retroactive effect” are invalid in this instance because the court’s decision is not a law but rather an act of enforcing one. To put it simply, the court only establishes the legal fact that Azov is a terrorist organization. “And Azov became such earlier: at the very moment when it began to shed the blood of innocent people.” –  says Russian propaganda. However, in Russian media, there is no further information regarding Azov and the lawsuit. But there is some good news from Ukraine: on June 29, 2022, Ukraine brought back 144 soldiers from captivity, including 95 defenders of the Azovstal plant in Mariupol.

It goes without saying that the release of all Azov members held captive by Russia in the occupied territories is of utmost importance to Ukraine. Azov, as one of the strongest special detachments, has a legendary history in battles. Its soldiers are Ukrainian heroes and have clearly shown the world what Ukrainian resistance looks like.

Here I would like to remind you of the quote from the Ukrainian national anthem:

“We will lay down body and soul for our freedom.

We will not allow anyone to rule in our native land.”

And that applies not only to Azov, but to every Ukrainian soldier, who lays his/her body and soul for free independent Ukraine.