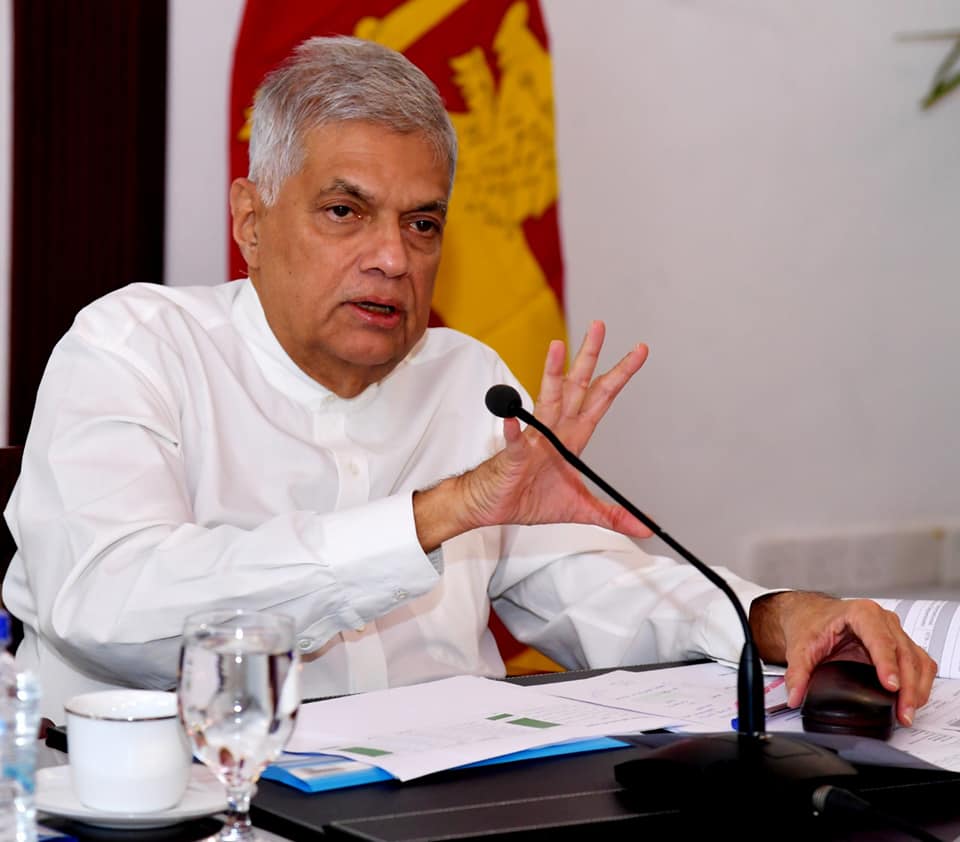 Sri Lankan law students are reporting for JURIST on the situation in that country since mass protests and the physical invasion of the President’s House in Colombo by demonstrators forced the departure and resignation of Sri Lanka’s president and precipitated the imposition of emergency rule. Here Naveera Perera of CfPS Law School reports from Colombo.

On Friday, Sri Lanka experienced for the first time what it was like living in a country led by President Ranil Wickremesinghe. Mr Wickremesinghe was officially sworn in as the interim Executive President of Sri Lanka on Thursday after having received 134 votes out of the 225 total in Parliament in a Wednesday vote. ,While his appointment was not regarded in the most favourable light by a section of the public, mainly due to his affiliation with the Rajapaksa family and his own skeletons in the closet, it was in the country’s interest to give him a chance to improve the failing economy of Sri Lanka, hoping for at least a glimpse of a better future.

Put another way, not everyone was unhappy with Mr Wickremesinghe’s appointment. As someone who had previously run and lost two presidential elections, if it was really up to the people, he might not have become president in his now third attempt. Since chasing away the Rajapaksa family, however, it seems that most people were ready to move on. Hence, although a group of protestors continued to occupy Colombo’s Galle Face Green, showing their dissent when Mr Wickremesinghe was appointed Acting President, not everyone who initially supported the people’s protests seemed to be on the same page any longer. As a result, despite coming into parliament through the controversial National List, many point out that he is now constitutionally elected (albeit by the parliament). Additionally, as an active politician for over a decade and a six-time Prime Minister of Sri Lanka, particularly during his two terms in 2001-2005 and 2015-2018, Mr Wickremesinghe is perceived as having experience in governing the country and maintaining diplomatic relations with the international community. Thus, compared to MP Dullas Alahapperuma and MP Anura Dissanayake, who contested alongside Mr Wickremesinghe, some regard him as the most suitable of the three in the current circumstances.

But less than 24 hours after Mr Wickremesinghe’s swearing-in ceremony, the state’s tri-force started to inflict violence. In the early hours of July 22,  as the protestors remaining Galle Face Green were fast asleep, those in front of the Presidential Secretariat and its main entrance were surprised by hundreds of state forces personnel. Across social media, video footage of defenceless citizens being battered was seen while tents in the area were being dismantled. Over 60 people, including protestors, lawyers, and journalists, were reported injured, some receiving treatment at the hospital. Nine protestors were arrested, although a group of lawyers have now successfully obtained bail for all of them.

Why did the tri-forces suddenly intervene?

On July 20, the Colombo Fort Magistrate issued an order prohibiting people from assembling within the 50-metre radius of the S.W.R.D. Bandaranaike statue at Galle Face. This was at the request of the Colombo Fort Police, who claimed that the protestors were damaging the statue.

On Thursday, a Gazette Extraordinary issued by Mr Wickremesinghe called in the tri-forces to maintain public order island-wide per Section 12 of the Public Security Ordinance (Chapter 40). He further declared that the protestors must vacate the Presidential Secretariat and its main entrance. The protestors chose to leave from ‘No Deal Gama’, the camping site in front of the Prime Minister’s official residence in Temple Trees, on the same day. They also publicly agreed to vacate the Presidential Secretariat and its main entrance as requested, although they required time till 2.00 pm on Friday the 22nd. While no reports indicate that the government disagreed with this condition and had instructed the protestors to vacate the said locations on the 21st itself, Mr Wickremesinghe chose to use extreme force in the early hours of Friday, infringing the rights of the people.

The area continued to be surrounded by tri-forces throughout the day, who did not let anyone, including lawyers or journalists, enter Galle Face Green. A group of protesters nonetheless made their way to Colombo Fort Railway Station, showing dissent against the actions of Mr Wickremesinghe.

Hypocrisy at its best

It is interesting to note that Mr Wickremesinghe made public declarations supporting the People’s Protest before being appointed Acting President. Under the Rajapaksa government, Mr Wickremesinghe had publicly advised governmental officials not to interfere or use force against the protestors at ‘GotaGoGama’. Contrary to his words, his actions upon being President are perceived by many as speaking volumes about his character, as Mr Wickremesinghe’s dark past, as exposed by the Batalanda Commission Report, has stoked fears of a repetition. Considering that it was the people’s protest that provided him with the opportunity to become President, many have criticised his choice of action.

While those who opposed Mr Wickremesinghe were not surprised by the violence he used upon the people, it is still horrifying to see that unjustifiable violence was his first step upon becoming President. His actions have resulted in public outrage, with the Human Rights Commission, the Bar Association of Sri Lanka, the United Nations, Amnesty International, the European Union, and several diplomatic missions from countries such as the United States, Canada, United Kingdom, and Switzerland condemning the force used.

On Friday, Dinesh Gunawardene was sworn in as the interim Prime Minister of Sri Lanka. He has notably been the party leader of the Mahajana Eksath Peramuna (MEP) since 1983. On the same day, the new interim cabinet ministers, inclusive of the same individuals under the previous government of President Gotabaya Rajapaksa, and which has zero representation of women, were sworn in as well.

As the days progress, the people of Sri Lanka and the world wait to see whether Mr Wickremesinghe will continue to reign through terror and hinder the democracy of Sri Lanka.