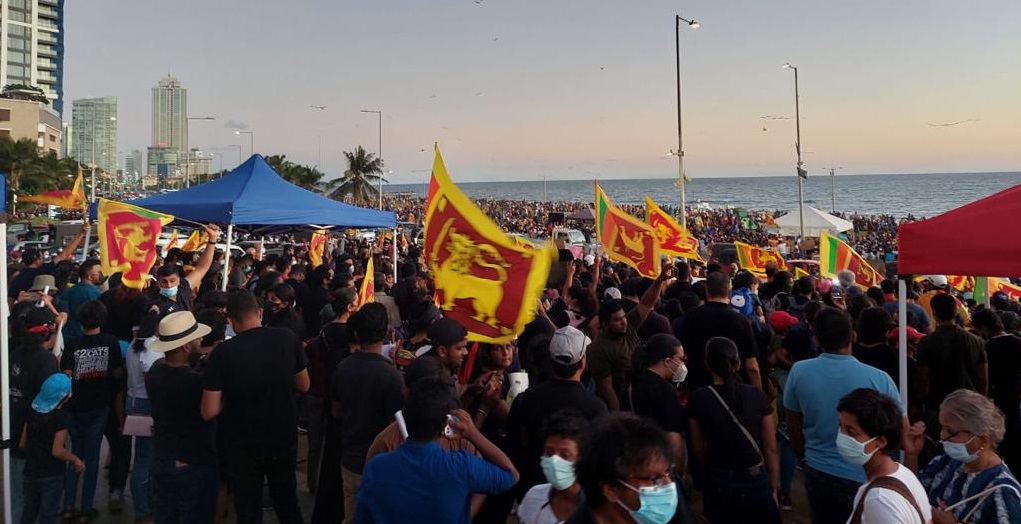 Sri Lankan law students are reporting for JURIST on the situation in that country since mass protests and the physical invasion of the President’s House in Colombo by demonstrators forced the departure and resignation of Sri Lanka’s president and precipitated the imposition of emergency rule. Here, Sandun Batagoda, a final year law student at the Faculty of Law, University of Colombo, files this from the Sri Lankan capital.

Mr. Wickremesinghe won in a three-way parliamentary vote, defeating MP Dullas Alahapperuma, a candidate from the ruling party supported by the opposition. He also defeated MP Anura Dissanayake, the leader of a minority left-wing party. In the election, Mr. Wickremesinghe secured 134 votes in the 225- seat parliament; meanwhile, his main opposition Mr. Alahapperuma received 82 votes, and Mr. Dissanayake received  just 3 votes, giving him an absolute majority on first preference. As the new President, Mr. Wickremesinghe is expected to serve the remainder of former President Gotabaya Rajapaksa’s term, conclude discussions with the IMF for a bailout program, implement sweeping economic reforms and negotiate assistance from foreign countries. But he will struggle to gain public trust as he is seen as a nominee of the Rajapaksa family, against whom the protest movement was organized.

The election comes in the wake of the resignation of former President Gotabaya Rajapaksa, who fled the country last week as thousands of protesters stormed the presidential residence and other government buildings. It was the first time a sitting executive president resigned in Sri Lanka’s history. The office of the presidency constitutionally grants sweeping powers with little or no checks and balances with room for abuse. Therefore, many protesters consider it to be a threat to democracy and a catalyst of the country’s economic crisis. Hence a primary demand of the protesters is the abolition or curtailment of the powers of the executive presidency.

During the protests last week, protestors also called for the resignation of Mr. Wickremesinghe, who was then the country’s Prime Minister. Angry protesters stormed and allegedly set fire to his private residence and occupied the prime ministerial office. The protesters demanded his resignation for lacking legitimacy and for protecting the Rajapaksa family during his tenure as the country’s Prime Minister from 2015 to 2019.

Mr. Wickremesinghe, a veteran politician, was first elected in 1977 and had an unbroken streak as the leader of one of the main parties in parliament. But in the 2020 parliamentary election, his party formally split due to allegations of corruption and mishandling of the country’s national security during the Easter Sunday bombing in 2019. As a result, his party did not win a single constituency. Still, Mr. Wickremesinghe entered parliament through the “national list”, which allocates seats to the party based on the total nationwide vote. The list was introduced primarily to bring in experts and professionals from various fields to assist the country’s legislature. However, the national list is often used as a backdoor to allow defeated candidates to enter parliament, stirring constitutional controversy.