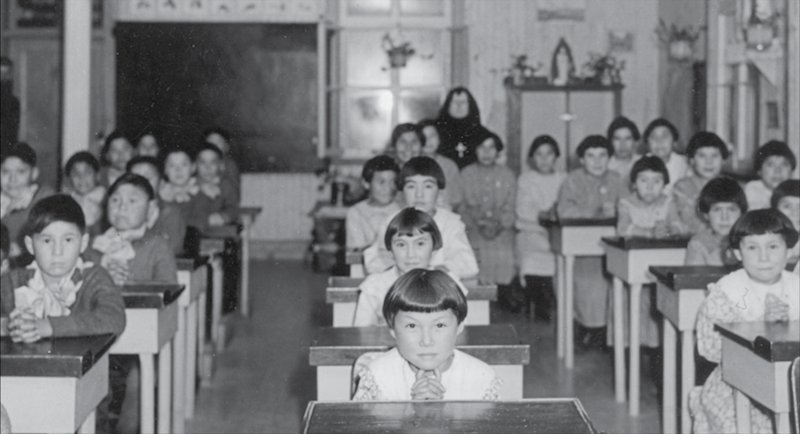 Canadian law students and young lawyers are reporting for JURIST on national and international developments in and affecting Canada. Mélanie Cantin is JURIST’s Chief Correspondent for Canada and a 2L at the University of Ottawa.

Pope Francis, the head of the Catholic church, is set to arrive in Canada this Sunday for a long-promised visit. The visit is formally entitled “Walking Together – Pope Francis Canada 2022” and comes approximately four months after an Indigenous delegation from Canada made a trip to the Vatican. They were seeking an apology for residential schools and attempted to retrieve some Indigenous artifacts that the Vatican has been holding in its museums and vaults. They received the former and are still in talks with the Vatican regarding the latter.

The forthcoming visit is scheduled to occur from July 24 to 29 and, according to organizers, will provide an opportunity for the pope to “to address the impact of colonization and the participation of the Catholic Church in the operation of residential schools throughout Canada.” The event schedule shows that the Pope will be visiting and holding events in three Canadian cities: Edmonton in the province of Alberta, Québec City in the province of Québec, and Iqaluit in the territory of Nunavut.

Aside from celebrating mass in each city, the pope is set to meet residential school survivors at the former Ermineskin Residential School in Maskwacis, Alberta (located south of Edmonton and one of the largest residential school sites in Canada) for a public meeting and event, a private delegation of Indigenous people from eastern Canada in Québec City, and a private meeting of survivors in Iqaluit. He will leave Canada Sunday evening from Iqaluit after an outdoor event and farewell ceremony. The first event in Maskwacis is the one at which the pope is expected to deliver a more thorough apology, possibly along with some additional remarks on behalf of the Catholic church.

The last residential school in Canada closed in 1996. These “schools” were established in the mid-1870s as part of a nationwide effort to assimilate Indigenous people into the dominant culture at the time, being largely English-speaking and signifcantly Catholic. Though residential schools are far from the only method of assimilation Canada employed against Indigenous people in what has lately been called a cultural genocide, it is arguably the most well-known. This is particularly true ever since the final report of the Truth and Reconciliation Commission (TRC) was released in 2015, which brought to public light the devastating experiences that residential school survivors lived through and continue to suffer from today.

Since the Catholic church played such a key role in this cultural genocide by running the majority of the residential schools with great leeway from the Canadian government, it was unsurprising that the TRC had a papal apology listed as one of its 94 Calls to Action. Notably, Pope Francis refused to give such an apology in 2018. “The Holy Father is aware of the findings of the Truth and Reconciliation Commission, which he takes seriously,” said a letter written by the then-president of the Canadian Conference of Catholic Bishops (CCCB). “As far as call to action #58 is concerned, after carefully considering the request and extensive dialogue with the bishops of Canada, he felt that he could not personally respond.”

This begs the question: what has changed for the church in the last four years, to the point that the pope has finally apologized and decided to travel to Canada to personally meet with survivors? Some may point to the potential unmarked gravesites of hundreds of children discovered at various former residential schools (many of which are currently being investigated) as a catalyst, but this would hardly be accurate; Indigenous knowledge keepers have been discussing the issue of unmarked children’s graves at former residential school sites for decades, and the church failed to apologize in May 2021, back when the first discovery was made at Kamloops Residential School in southern British Columbia.

This time, however, the organizers have stated that Indigenous people, especially “Elders, knowledge keeper and survivors of residential schools” will be the priority. This is good to hear, although hopefully a few organizational kinks that have arisen with regards to the events will be ironed out before the pope’s arrival. For one, despite attempts to curb the issue, there continue to be ticket sale issues for some of the pope’s events, which could foreseeably lead to survivors who are seeking tickets having to vastly overpay to attend an event they care about. Although it is not all of the events that require paid tickets, this does remain a concern.

On a more positive note, in light of this issue and of remarks from some communities that there was not sufficient Indigenous participation and inclusion in the organizing process, the organizers of the visit have vowed to reach out to these communities and address the issue. The government of Canada has also expressed openness to providing additional funding to the already committed $35 million in order to facilitate survivor transportation to the various events.