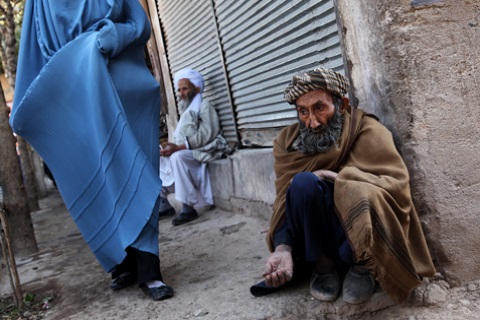 © UN Office of the High Commissioner for Human Rights

Law students and lawyers in Afghanistan are filing reports with JURIST on the situation that has developed there since the Taliban takeover. Here, our correspondent considers some of the changes that have taken place in Afghanistan since August 2021.  For privacy and security reasons, we are withholding our correspondent’s name. The text has only been lightly edited to respect the author’s voice.

Close to a year has passed since Afghanistan – a country where men and women were modernizing and striving for education, entrepreneurship and cultural building – fell to terrorists. In the course of 11 months, everything that our people had worked for and achieved at a snail’s pace with blood, sweat and tears got lost to the wind. After 11 months of  “an Afghanistan ruled by the Taliban”, the country owns the worst passport in the world (it was recently announced that Afghanistan has the least powerful passport by the global passport ranking). Girls have not been permitted to receive an education since 15 Aug 2021, and in just a few months or less it would be time to hold the national university entrance exam (Kankor – for context, this is the same as the SATs in the United States). But pursuant to the Taliban’s belief women should be hindered from entering certain professions, save from teaching certain subjects and working in a narrow part within the medical industry, girls most likely will not be allowed to take in this exam to get into universities.

The national economy in the past months has been solely surviving on aid. The price of AFs against USD has dropped to an unpreceded low (140 Afs to a 1USD in the Kabul market) and barely got back under reasonable control only after the UN donated cash aid to the central bank of Afghanistan. Distribution of WFP aid has been under Taliban control and has been only distributed to locals in provinces and relatives of their own fighters.

During this time, more than six different resistence entities have started fighting back against Taliban. The National Resistance Front (NRF) is seemingly the strongest of these, fighting against the Taliban mainly in Baghlan, Takhar and Panjsher provinces. In the first year of Taliban rule the NRF has attracted thousands of active fighters and is directly facing Taliban on mountainsides and has engaged in a guerrilla fighting style in the cities. Internal conflict within Taliban has gotten the better of them in multiple occasions, notably when a Hazara Commander of Taliban defied orders and went to war against the current administration. Thousands of civilians fled the scene of fighting. Later on these people who had fled were denied WFP aid and media coverage.

The most pressing issue, however, is the creation of thousands of religious Madrasas and training camps. In these Madrasas, children and teenagers are kept in conditons similar to a boarding school Less than minimum food and accommodation is provided to them through government support or begging (by the students of course). Children are taught about bombs, guns and are only given confusing religious literature on belief issues to prepare them for what they will be doing later on. This is really child molestation. They are being encouraged to sacrifice themselves. Haqqani Madrasas and other Madrasas in Pakistan were once the biggest producers of terrorist fighters and self-bombers in the region, making up the bulk of the Taliban army, ISS, and Al-Qaeda. Once domestic Madrasas start running in Afghanistan they will become a global attraction for extremists around the world, just the same as they were 20 years ago, when Arabs, Uzbeks and Chechens traveled to Afghanistan to fight.

In the upcoming months, if support isn’t provided to the various fronts resisting the Taliban, their ideologies and their extremist teachings will travel to every corner of the world. Same as before, Afghans would be used as fodder for those who wish their fights to be fought by others. Meanwhile Kabul is being turned to a city of beggars. As the Persian proverb goes, the one who feeds will dictate. People who when they wake up in the morning aren’t sure if their children will go to sleep at night with a full stomach are by definition vulnerable, and this vulnerability will most certainly be exploited by anyone with an agenda and enough money to spend on it.