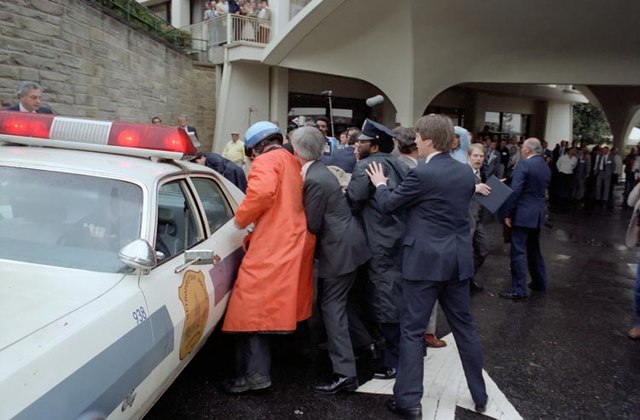 This unconditional release occurs 41 years after Hinckley’s assassination attempt on President Reagan. In September Judge Friedman stated his intent to release Hinckley from his remaining release restrictions on June 15 as long as Hinckley behaved well. At Wednesday’s hearing Judge Friedman confirmed “Hinckley has continued to do well,” and therefore granted his unconditional release which will take effect later this month.

After Hinckley attempted to assassinate President Reagan, he was found not guilty by reason of insanity at trial but has since received mental health treatment. Hinckley was sent to a Washington D.C. mental hospital for treatment but since 2016 has resided in Virginia.

Prosecutor Kacie Weston stated during Hinckley’s Wednesday court hearing that this case “has demonstrated the success that can come from a wraparound mental health system.” Additionally, she wished Hinckley “success for both his sake as well as the safety of the community.”

After the hearing, Hinckley’s lawyer Barry Levine said Hinkley worked hard “to correct something that he was unable to erase, and this is the best outcome that one could imagine.”