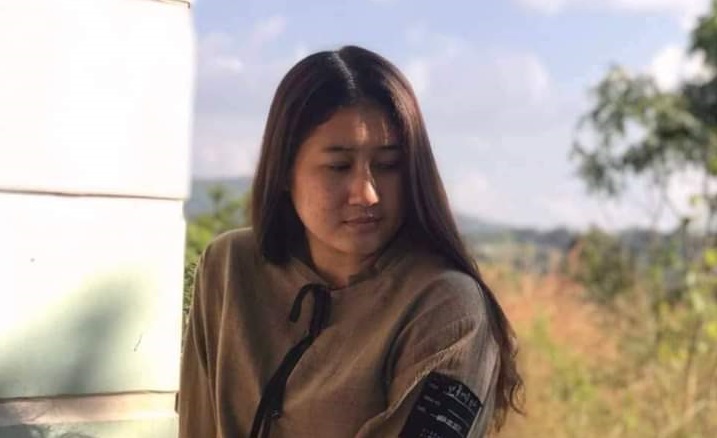 Myanmar law students are reporting for JURIST on challenges to the rule of law in their country under the military junta that deposed the civilian government of Aung San Suu Kyi in February 2021. Here, one of our correspondents reports the suicide of a young Myanmar pro-democracy lawyer whose brother and sisters were taken hostage after junta agents came looking for her. The text has only been lightly edited to respect the author’s voice.

According to a neighbour, a group of junta armed forces raided her home in Ohn Chaw Village, Patheingyi Township, at 1 pm on 8th June. The military initially intended to arbitrarily arrest her based on reports from their on-ground informants who said that she was actively involved in protest groups in which lawyers protest against the military junta and that she financially supported People’s Defence Force (PDF) members. However, when they found out she had already fled away, the junta severely tortured her family members who remained at home. Junta agents subsequently abducted a total of three of her family members – her brother and her two sisters – to hold them hostage instead of her. According to informants, her siblings were sent to the interrogation centre inside the Mandalay Royal Palace compound where the junta military has a base.

Even after four days of their detention [yesterday, 12th June], there was no further news about her family members. On that day, Phyu Phyu Khaing tried to take her own life by taking pesticides. A neighbour saw the scene and tried to save her, but due to lack of adequate medical support in the area where she was, she passed away, according to the Mandalay Free Press (MFP).

Can you imagine what a 29 year old lawyer could have done to support the rule of law and social justice for her country?

Before doing all those great things, here in Myanmar, lawyer Phyu Phyu Khaing succeeded in taking her own life before Myanmar people succeed in getting Democracy. At least she was able to end her suffering now while we all continue. And maybe she did that in the hope of having her family released.

Once again, the Myanmar juntas have successfully proven their excellence in being the cruelest TERRORISTS.

Even though this news is not published on local or international media, there are many Myanmar lawyers who have been arbitrarily arrested for many absurd accusations. The reason why these stories are not more broadly publicized is a fear, uncontradicted by the junta, that media attention will makes the life of hostages worse. But we desperately need media attention to shine light upon this continuous torture while we risk everything just to tell the world about this.

And Myanmar is not the only place where we are continuously failing to bring peace and justice. Myanmar’s trouble should be considered the world’s trouble because the Myanmar junta is committing crimes against humanity. It’s going on two years since the coup, but where is our democracy, and how many innocent people are going to get murdered before we get it back? All of us do not have a tomorrow. I wonder what the point of having a tomorrow is when every tomorrow comes with misery.