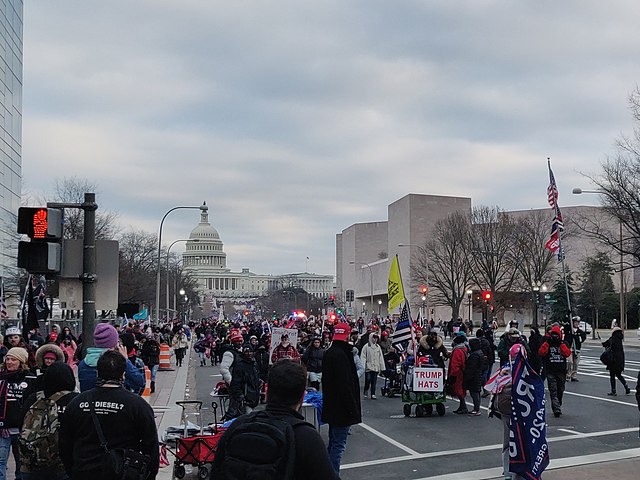 The United States House Select Committee on the January 6 Attack Thursday heard testimony from former Acting Attorney General (AG) Jeffery Rosen outlining that former president Donald Trump tried to influence the Department of Justice (DOJ) to interfere in the certification of the 2020 election. Trump pressured the DOJ to examine claims of fraud despite the fact that Rosen’s predecessor, William Barr, told Trump there was no evidence of widespread election fraud during the 2020 election.

Rosen testified that Trump contacted him “virtually every day” between December 23, the day before Rosen became Acting Attorney General, and January 3. Trump floated suggestions to Rosen which included appointing a Special Counsel for election fraud, meeting with Trump lawyer and former New York City Mayor Rudy Giuliani, filing a suit before the Supreme Court, and even seizing state voting machines.

Richard Donoghue, former Acting Deputy Attorney General, testified that he had multiple conversations with Trump about election fraud during which Donoghue debunked claims of fraud. In one conversation, Trump suggested that Antrim County Michigan’s voting machines counted 68% of ballots incorrectly. In another, Trump believed that a US State Department office in Italy was working with the CIA and Britain’s MI6 to change votes via satellite.

The Committee also entered into evidence a draft letter from former DOJ official Jeffrey Clark. The letter, written at the behest of Trump, claimed that Georgia’s election integrity was compromised and asked Georgia to appoint a new slate of electors. Rosen and Donoghue refused to sign the letter due to disagreements about its factuality.

Rosen also said that Clark had unauthorized meetings with President Trump, going against policies which dictate that only the AG and Deputy AG could have direct contact with the president concerning criminal matters. Further, there was an effort made by Trump allies to install Clark as acting AG. The effort was thwarted by the threat of a mass resignation in the Department and opposition from senior DOJ officials, according to Donoghue.

The committee also shared evidence that multiple members of Congress asked for pardons in the aftermath of January 6.  These members, including Matt Gaetz, Mo Brooks, Andy Biggs and Louie Gohmert, called for congress to refuse to certify the 2020 election results on January 6.

The committee will hold at least one more hearing.