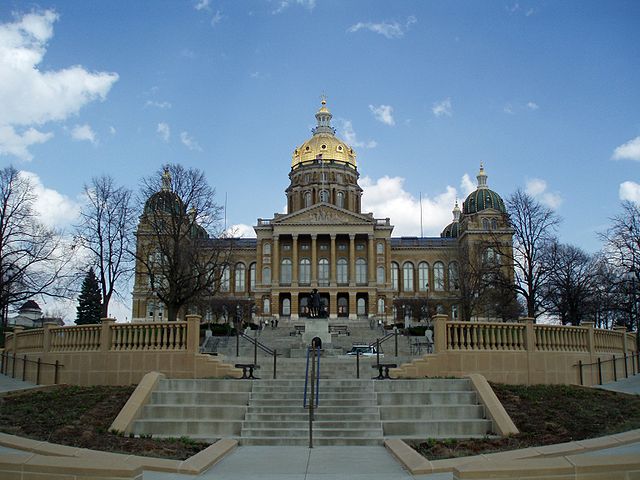 Iowa Governor Kim Reynolds Tuesday announced her administration would seek to reinstate a 2018 state law prohibiting abortion after six weeks, when embryonic cardiac activity is detected. The law was blocked by a state judge back in 2019 for violating the Iowa Constitution, but Reynolds’ administration is hoping that the recent Dobbs v. Jackson Women’s Health Organization will sway the court.

Reynolds also cited a June 17 Iowa Supreme Court ruling which held that there is no fundamental right to abortion under the Iowa Constitution, overruling a 2018 decision by the same court. The June 17 ruling rejected abortion as a fundamental right requiring strict scrutiny, and instead adopted the “undue burden” standard from the US Supreme Court case of Planned Parenthood v. Casey.

In 2018 the Iowa legislature passed Senate File 359, which outlawed abortions in Iowa once embryonic cardiac activity was detected, which can occur as early as six weeks into pregnancy. Though the law provided exceptions for rape, incest, miscarriages and lifesaving procedures, it was the most restrictive abortion law in the US at the time.

The law was challenged in state court by Planned Parenthood and Iowa’s Emma Goldman Clinic. In 2019 a state judge blocked the law from going into effect, finding that the law violated women’s fundamental right to an abortion under the due process and equal protection provisions of the Iowa Constitution.

A statement from Reynolds’ office reads: “Thus, while the Iowa Supreme Court’s decision was a step in the right direction, it left more work to be done in Iowa’s courts to fully protect the life of the unborn, as the US Supreme Court ruled in Dobbs that states have an important interest in doing. Gov. Reynolds fully intends to do that work.”

Since Iowa Attorney General Tom Miller withdrew from the litigation, Reynolds will be represented by Alliance Defending Freedom and Alan Ostergren, President and Chief Counsel of the Kirkwood Institute.