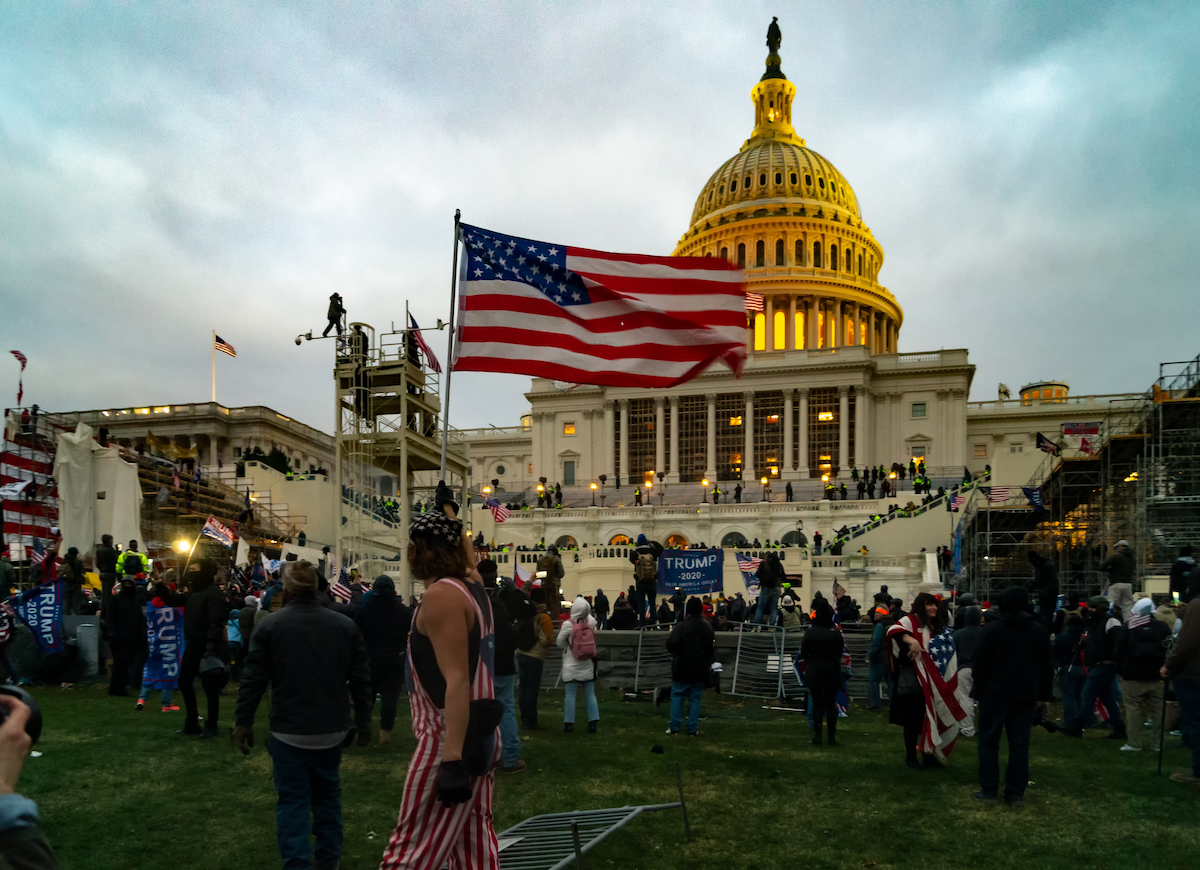 The FBI Thursday arrested Republican Michigan gubernatorial candidate Ryan Kelley on charges related to his presence at the January 6 Capitol insurrection. Kelley was released on bail later in the day.

A spokesperson for the Detroit office of the FBI stated, “I can confirm FBI agents from Grand Rapids office executed an arrest and search warrant at Mr. Kelley’s residence in Allendale, MI.”

A redacted version of the FBI statement of facts accompanying Kelley’s charges includes a timeline of Kelley’s whereabouts on January 6th. The statement alleges that Kelley “climbed onto and stood on an architectural feature next to the North West stairs and indicated by waving his hand that the crowd behind him should move towards the stairs leading into the US Capitol building.” The majority of the evidence cited in the complaint comes directly from Kelley’s social media including photos and video screenshots.

Kelley’s campaign has yet to release a statement; however, Kelley has actively posted on his Facebook throughout the arrest process. Kelley referred to himself as a “political prisoner” and posted “FREE” after his release on bond. Upon his release, Kelley greeted his supporters with hugs, smiles, and handshakes.

Kelley is one of five Republican candidates up for election in Michigan’s August 2 primary election. Whichever Republican candidate wins the primary will face Democratic incumbent governor Gretchen Whitmer in November. On his campaign site, Kelley lists his policy priorities as, “[f]ighting for American values, our constitution, election integrity and a free Michigan for future generations.”