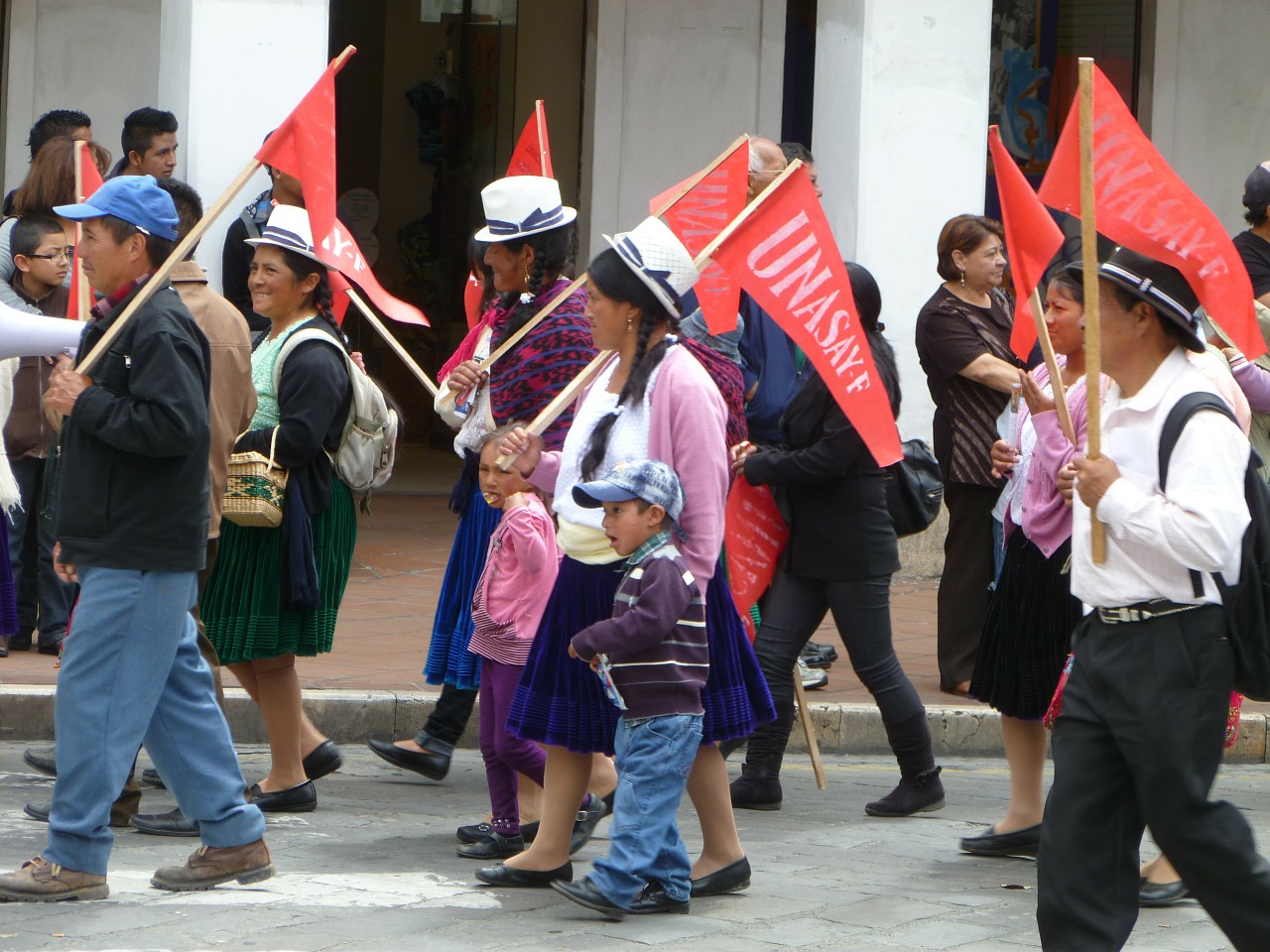 Protests in Ecuador continued Sunday as hundreds of indigenous people went to the capital Quito to demand economic reforms. The protesters want President Guillermo Lasso to lower price gas prices, stop additional oil and mining development, and extend deadlines for small farmers to pay off debts, among other things.

The Confederation of Indigenous Nationalities of Ecuador (CONAIE) called for the protests and stated that protests will continue until President Lasso offers a solution to the country’s ongoing economic issues.

President Lasso has not issued reforms as of yet, but the Ecuadorian provinces of Pichincha, Cotopaxi and Imbabura have declared a state of emergency.

In Quito the National Police entered the Ecuadorian House of Culture in response to an anonymous tip that a group of 30 people were inside with explosives and handmade weapons.

The president of CONAIE, Leonidas Iza, stated “We have come to resist a neoliberal policy that affects the poor more and more.”

Armed forces and a curfew have been placed in Quito to stop protestors.