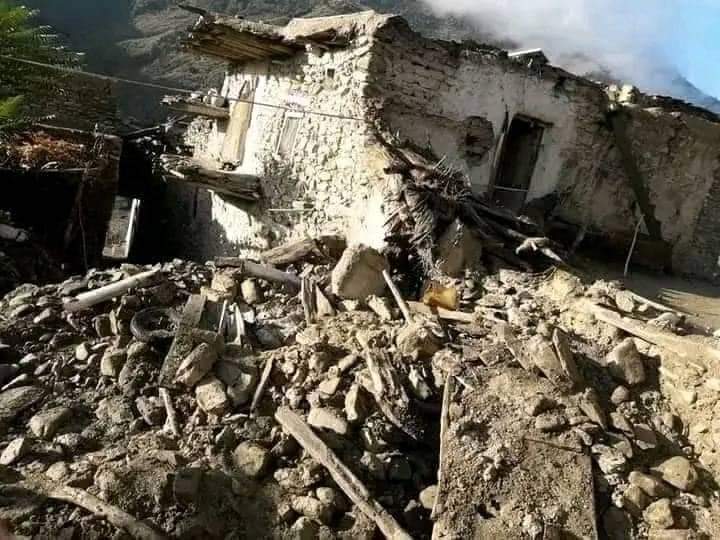 Law students and lawyers in Afghanistan are filing reports with JURIST on the situation there after the Taliban takeover. Here, a law student in Kabul reports on the complications Taliban governance is already causing for earthquake relief after a tremor killed and injured hundreds in southern Afghanistan Wednesday morning. For privacy and security reasons, we are withholding our correspondent’s name. The text has only been lightly edited to respect the author’s voice.

A 5.9 magnitude earthquake shook the southern region of Afghanistan early Wednesday. The earthquake affected the Khost and Paktika province more than other parts of the country, destroying houses and killing hundreds of people.

Originally casualties were reported at 25 dead and more than 40 people injured, but figures changed fast and a second report increased the numbers to around 250 dead and around 180 injured. In the recent hours the death toll has been reported to be far higher, and late afternoon in Kabul, the numbers reported were around 1000 dead and 610 injured. The 8Am newspaper, quoting local Taliban officials, estimates casualties in only two districts of Paktika province to be 2500 in Barmal and Khogyani.

The Taliban at first approved one Billion Afs in aid money to the affected areas, but Afghanistan International is already reporting that the aid allowance has been cut to a tenth, to only 100 million Afs.

The inconsistent aid numbers, lack of any kind of data management and absolutely no professionals at the decision making level among the Taliban has made the situation more than a failure. Lack of professionals in a government system is felt more than ever in a catastrophe such as this; as result, no particular plan exists for helping homeless and injured people.

Aside from the cruelty of nature and the ignorance of a group whose competency in governance could not be lower, Taliban leadership are taking advantage of this crisis and the numbers seems to be doctored to gather international aid while they cut their own contribution of emergency help to a tenth of its original amount. This is an act of absolute apathy and immorality. It will bring hesitation and confusion and will impose an undue burden on the humanitarian organizations and NGOs wanting to make plans and approve budgets to send help in a hurry. The delay this induces in the undertaking of proper relief efforts will cause the deaths of innocent citizens who perhaps could be saved if they could receive medical aid and shelter in time.