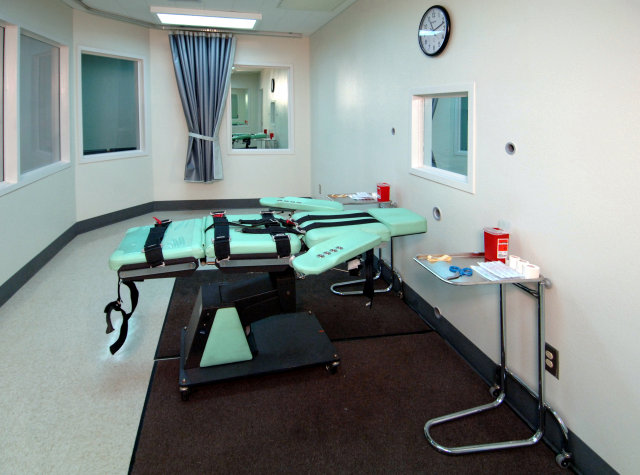 The South Carolina Supreme Court Wednesday blocked the state from committing its first firing squad execution. Through the temporary stay, the planned execution of Richard Bernard Moore scheduled for April 29 has been put on hold. Moore was convicted and sentenced to death for the 1999 murder of a convenience store clerk, James Mahoney. The court said it will provide their reasoning in a detailed order at a later date.

Although the court denied his petition for a writ of habeas corpus earlier this month, it agreed last week to examine a legal challenge brought by Moore and three other death row inmates who have all reached their appeal limits. The inmates argue that electrocution and the firing squad are “barbaric” execution methods and ask the judge to examine prison officials’ claims that lethal injection drugs couldn’t be obtained for the executions instead. State officials have claimed that the hiatus between executions in the state—the last occurring in 2011—is due to the inability to acquire the lethal injection drugs. State officials say the last batch of lethal injection drugs expired in 2013.

To counteract this issue the South Carolina legislature passed Bill 200 in 2021, which made the electric chair the default method for execution. The bill allowed convicted persons to choose between firing squad and lethal injection options as alternatives, only if those options were available at the time of election. Moore had elected to be executed by firing squad, but later stated he was forced into the decision by state law, and found both options unconstitutional. His execution date was set after corrections officials made changes to the death chamber in an effort to accommodate the firing squad.

According to the Death Penalty Information Center, only eight states use the electric chair for executions, with only four allowing firing squads. The last firing squad execution came in Utah in 2010, and only three such executions have taken place in the US since 1976. Moore is asking a federal judge to consider whether these types of executions are unconstitutional and barred by the Eighth Amendment’s cruel and unusual punishment restriction. South Carolina currently has a death row population of 37.

Moore has been on death row for almost two decades after shooting Mahoney in the chest in Spartanburg, South Carolina. Moore’s lawyers claim that he could never have intended to kill anyone considering he entered the store without weapons on him. His attorneys plan to petition the US Supreme Court for a review on the proportionality of Moore’s sentence to his crime.