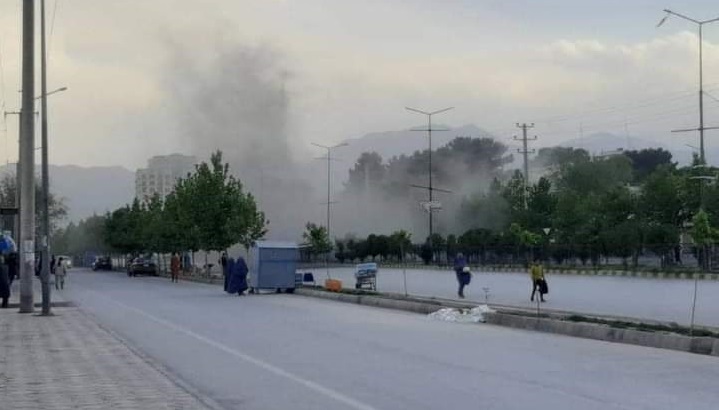 Law students and lawyers in Afghanistan are filing reports with JURIST on the situation there after the Taliban takeover. Here, a law student in Kabul reports on the rapidly rising number of airstrikes and terror bombings in Afghanistan (including one he personally witnessed Friday) that have killed or wounded at least 400 people in the last four days. For privacy and security reasons, we are withholding our correspondent’s name. The text has only been lightly edited to respect the author’s voice.

“Afghans have been compelled to suffer from their own unsettled puny disputes for years; Persians (Tajiks), Pathans, Hazaras and Uzbeks have been in conflict for decades.” This is a generally accepted perspective about Afghans; it was even perpetuated when President Biden said that when there was no a chance to unify Afghans he withdrew American forces from Afghanistan. However, digging deep in the historical events of decades of war, a different pattern emerges; a pattern where every time an insurgent group emerges, financial support and a flow of foreign money follows.

When Afghans fought against the communists, Saudi Arabia and the US pipelined guns and money through Pakistan to be distributed among many different groups, a tiny share for each. The existance of cultural ties was abused by the Pakistanis, and also the Soviets, to provoke internal conflict between insurgent groups. Later, Pakistani trucker syndicates funded the Taliban to help them reach northern markets in Soviet countries, basically creating a mess that no one would know how to clean up.

In the past several days, two Afghan cities—Kunar and Khost—have been bombarded by Pakistani aircrafts. In these strikes at least 47 civilians, including women and children, were killed and another 23 were severely wounded. Another 6 people were shot dead by Pakistan’s border police when protesters against these air strikes “supposedly” came too close to the border. In another incident, a member of ISS-K claimed to have shot dozens of rockets from the Afghan border targeting Uzbekistan’s military posts; in response Uzbekistan’s aircrafts entered Afghanistan’s soil and buzzed Hairtan city in Balkh province. In 19 April, ISS attacked a Shiite school and killed close to 130 school boys and as many wounded in two explosions. In 21 April four bombings were reported around the country, the first one in Kabul killing at least five people, another in Nangarhar killing four Taliban, a third on a civil-servant transport in Kunduz killing 11 people, and the last one in a Shiite mosque in Balkh killing at least 80 people and injuring more than 100 people—the numbers are still rising.  Afterwards a young man provoked by anger against the Taliban attacked them in the city, killing seven Taliban including a commander; he was later killed by the Taliban in a shootout and his body was carried around the city.

Today, Friday 22 April, the National Resistance Front killed 8 Taliban in 3 separate attacks. Also today ISS-K carried out an attack by a suicide bomber in a mosque in Kunduz which killed at least 50 people and has injured at least 40 people. Given that this is just hours ago the numbers might change. And lastly, just hours ago, a land mine hit Taliban forces in Kabul. I actually saw the blast. It was about 40-50 meters from me. The target seemed to be a Taliban vehicle. The blast was a big one for someone who hasn’t encountered many, although it was small compared to the other ones on the last days.

History tends to repeat itself; these past days have made it clear that too many players are involved in this game. Dozens of extremist groups are active. Given its nature, Talibanic government is a heavenly Petri dish in which extremists can grow. Recalling the Afghan war against the Soviets, it is safe to suspect that each player in this brutal game is backed and financed from elsewhere, including the Taliban. As the first phase of the proxy war against the Soviets, and the conflict with Taliban, many groups were funded, sometimes by the same superpower giant, to fight against each other and against other groups. Currently, more than 20 terrorist groups are active in Afghanistan, including Al-Qaida, ISS, Uzbakistan’s Islamic movement, Pakistan’s Taliban Movement and the currently-in-power Afghan Taliban. The inevitable question has to be asked: who are these people? Who funds them? And why?

The United States is not known for being a bystander in this region, so the question as to where the US stands in this has puzzled many political commentators. It’s believed, however, that if the US administration is to pick a side it would mostly likely be the National Resistance Force, as it has been putting out a message of conformity with international law and human rights and has been allying itself with the Republic’s important figures, as well as members of the old Afghanistan national army. It is suspected to be the dominant force against Taliban for now. But if a dominant force does not emerge from this mess, the Taliban will simply lose territory in every corner of the country and arbitrary groups will gain control here and there, who would also be in conflict with each other. In these circumstances the NRF would need to not only confront the Taliban but to fight off other extremist groups, and the same goes for the Taliban itself. The prospect of a war with too many sides that would certainly level the country to the ground is a terrifying one.