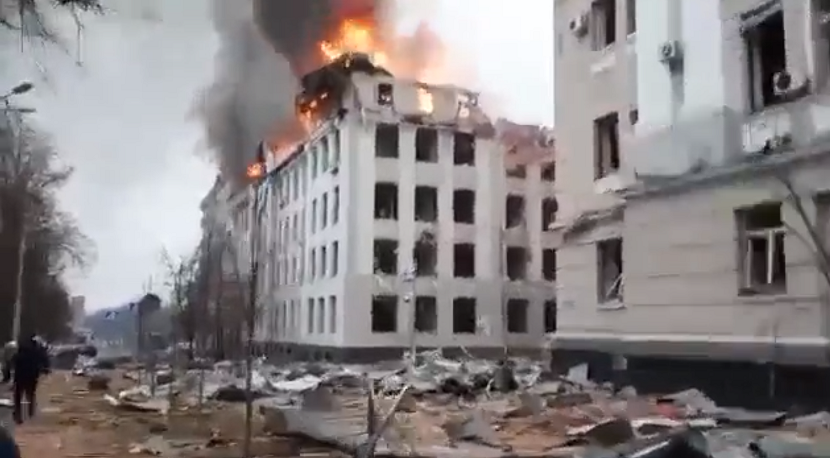 Law students and young lawyers in Ukraine are filing for JURIST on the latest developments in that country as it defends itself against Russian invasion. Here, Justin Esiobu, a law student at V. N. Karazin Kharkiv National University, reports from Kharkiv.

Today’s morning we’ve been cut off from internet connection, plus we still don’t have mobile network in approximately 2-3 km around the area where I live: right now I’m typing and sending this message standing right on the window having grasped at least a small bit of network enough to send a message (I found out about this “trick” only a few moments ago by trying literally everything to reach the outside world without exposing myself to the dangers of the streets).

Nevertheless, we still have access to water, electricity and food – enough at least for today and maybe tomorrow.

The view from my window is grave: in a more than a 500 thousand-inhabitant district it is absolutely dark and still – with the only exception being a full-sky glimmering because of bombings far away from us (far away because we can’t hear anything, but it’s still visible).

I can’t describe how mentally exhausting it’s to merely wonder about what’s going on in the world while constantly hearing the explosions even in the bloody bathroom. We’re holding up, though, trying to maintain and keep everything tidy and ready for any possible emergency.