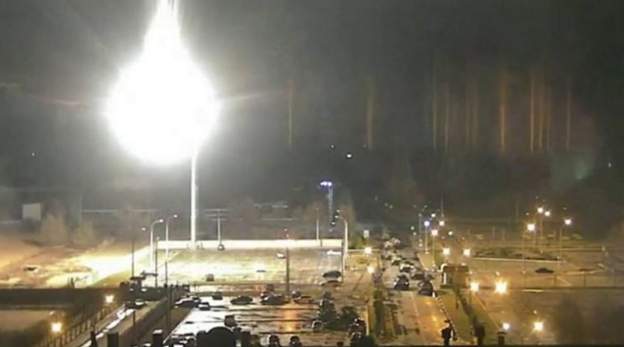 Law students and young lawyers in Ukraine are filing for JURIST on the latest developments in that country as it defends itself against Russian invasion. Here, Kyiv-based lawyer and University of Pittsburgh LLM graduate Yaroslav Pavliuk reports.

On 27 February, Russian President Putin ordered to Russia’s nuclear missiles put on alert. This move signaled the biggest nuclear escalation since the Cuban missile crisis in 1962, when Soviet missiles were ready to target US cities.

This move on the fourth day of the Russian invasion of Ukraine also means that Russia underestimated Ukraine’s military capabilities and its conventional warfare plan did not work as expected. However, it is important to understand that this nuclear blackmail is primarily addressed to the collective West and the entire civilised world. In the worst-case scenario, Russia may still use tactical nuclear weapons against Ukraine, but they will affect Russian territory as well. At the same time, Russia’s strategic nuclear weapons may be directed at New York, Brussels, and London.

It is estimated that Russia has a total of 5,977 nuclear warheads, of which around 1,500 are currently deployed. These include intercontinental ballistic missiles, submarine-launched missiles, and air-launched missiles. On 27 February, Belarus, whose territory is used to attack Ukraine, voted on a referendum to renounce its non-nuclear status. It means that Russian nuclear missiles may be placed in this country at the doorstep of the European Union. The Bulletin of the Atomic Scientists recently announced that the hands of the Doomsday Clock stay at 100 seconds to the midnight – the closest ever to apocalypse.

It is also important to understand that Ukraine used to have the third largest nuclear arsenal in the world (after the USA and Russia) and voluntarily agreed to give it up and committed to denuclearisation. In December 1994, Ukraine acceded to the Treaty on the Non-Proliferation of Nuclear Weapons. In exchange Ukraine received assurances of its security. Under the 1994 Budapest Memorandum on Security Assurances, the Russian Federation, the United Kingdom, and the United States pledged to “respect the Independence and Sovereignty and the existing borders of Ukraine” and “refrain from the threat or use of force against the territorial integrity or political independence of Ukraine”. The Memorandum was violated by Russia in 2014 and again in 2022. The blatant violation of the Budapest Memorandum will permit the rogue states around the globe to legitimately question their commitment to denuclearisation.

The nuclear power stations (NPPs) can also be sources of nuclear threat if affected by hostilities. Ukraine has a total of four NPPs.

On 24 February, Russian forces used the territory of Belarus to seize the Chernobyl NPP to the north of Kyiv. The Chernobyl nuclear disaster, which occurred on 26 April 1986, is considered the worst nuclear disaster in history. The Chernobyl NPP fully stopped its operation in 2000, but there is a nuclear waste storage in the so-called Chernobyl exclusion zone. The State Nuclear Regulatory Inspectorate of Ukraine said that “control levels of gamma radiation dose rate have been exceeded at a significant number of observation points” because of occupation and military fight in this territory. The personnel are held hostage and their destiny is not known. It is believed that Russian forces may be preparing a provocation.

On 4 March, Russian forces entered the premises and shelled Zaporizhzhia NPP, the largest NPP in Europe, which resulted in fire. The first power unit was also hit. Ukraine informed the International Atomic Energy Agency (IAEA) “the battle is going on in the town of Enerhodar and on the road to Zaporizhzhia NPP site” and that the situation is “critical”. In response the IAEA stated that it was putting its Incident and Emergency Centre (IEC) in full response mode. The Great Britain will seek emergency UN Security Council meeting over Zaporizhzhia NPP. The South-Ukrainian NPP, located in Mykolayiv region, is also not far from the front line.

An accident on any of these NPPs is a threat not only for Ukraine. Not a single country in the world will remain untouched. Now a crucial issue for Ukraine is to ensure that its sky is closed for Russian military aircraft and missiles, and that they will not be able to target civilian infrastructure, including NPPs. The USA and the European Union still refuse to enforce a no-flying zone in Ukraine, despite historical precedents in Iraq in 1991, in Bosnia in 1992, and Libya in 2011. In all these cases, the no-flying zone helped save many civilian lives and prevented a catastrophe.

Any attempt to sacrifice Ukraine and try to do business as usual with Russia (quite popular among some European countries up until recently) will simply be of no result to the global security. There is a famous phrase attributed to Winston Churchill after Munich of 1938: “You were given the choice between war and dishonour. You chose dishonour and you will have war”.

I would like to conclude by quoting Nazi general Alfred Jodl at the Nuremberg trial: “If we did not collapse already in the year 1939 that was due only to the fact that during the Polish campaign, the approximately 110 French and British divisions in the West were held completely inactive against the 23 German divisions.” Such behavior in 1939 cost millions of lives across the world. I hope the lessons of the past were learned, although I am not sure of it. At least the risk of a real nuclear disaster should be a good motivation to take actions.