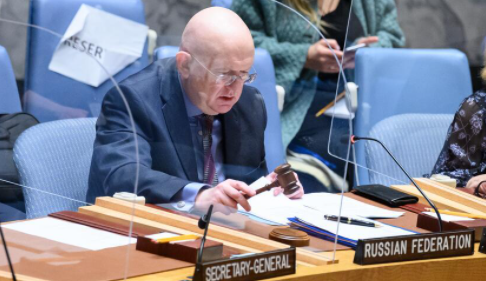 Law students and young lawyers in Ukraine are filing reports for JURIST on the latest developments in that country as it defends itself against Russian invasion. Here  Anna Tymoshenko, a fourth-year law student at Kyiv-Mohyla Academy and JURIST’s Chief Correspondent in Ukraine, shares these thoughts from Poltava.

Surprisingly or not, Russia has refusal to comply with the recent decision of the ICJ and is not going to end the war in Ukraine.

Ukrainian Secretary of the National Security and Defense Council Oleksiy Danilov suggested that in that case Russia should be expelled from the UN Security Council. He said, “There is a decision of the UN court, which the Russian Federation says it is not going to implement. Then I have a question – what is the Russian Federation doing in the UN Security Council? Maybe it’s time to remove it from there, if it does not want to follow the rules and regulations that exist in the civilized modern world?”

I could not agree more! The United Nations is an organization that was established to protect the world from military conflict. But in recent decades, Russia, being a permanent member of the UN Security Council, has repeatedly proved to be an aggressor against other sovereign states. Moreover, Russia has a right to veto on any decision, and as practice shows, over the time, it blocked important decisions.

That has to be reined in, otherwise the UN only proves to have outlived its usefulness.