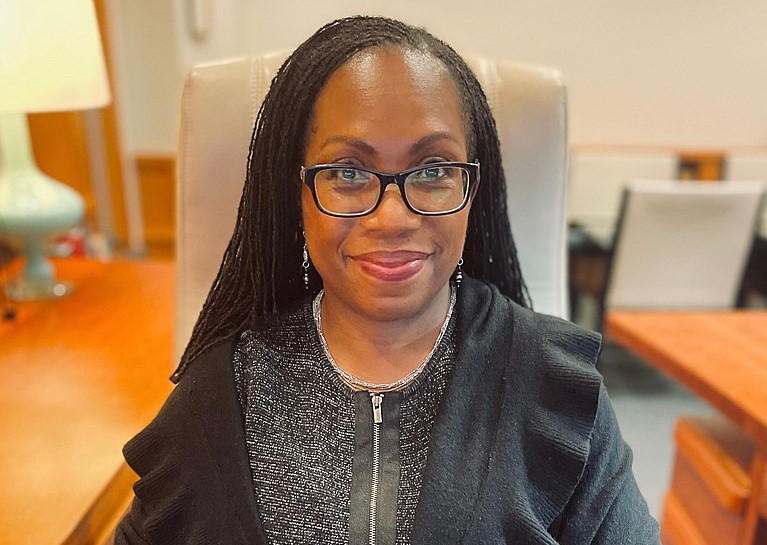 President Joe Biden nominated Jackson, a judge on the US Court of Appeals for the District of Columbia Circuit, as an associate justice to the Supreme Court on February 25. Jackson clerked for Justice Stephen Breyer from 1999-2000 and will replace him if confirmed. She will also become the first Black woman to sit on the Supreme Court.

She reassured the senators that she takes her “duty to be independent very seriously.” Jackson stated: “I decide cases from a neutral posture. I evaluate the facts, and I interpret and apply the law to the facts of the case before me, without fear or favor, consistent with my judicial oath.” She said that she had met with 45 senators prior to this confirmation hearing, pointing out that this was the “fourth time” she appeared before the committee for confirmation.

The committee acknowledged that Jackson, if confirmed, would be the first justice to have experience as a public defender. Connecticut Senator Richard Blumenthal said that her experience as a public defender allows her to “understand our justice system uniquely, through the eyes of people who couldn’t afford a lawyer.” Blumenthal stated that Jackson had “appeared three previous times and [been] confirmed with bipartisan support.”

South Carolina Senator Lindsey Graham told Jackson that the hearing would not be a repeat of Justice Brett Kavanaugh’s confirmation hearings, stating: “It means that no Republican senator is going to unleash on you an attack about your character when the hearing is virtually over.”

Texas Senator Ted Cruz and Utah Senator Mike Lee asserted that Jackson’s history on criminal cases was “fair game.” Cruz stated: “Part of the Democratic effort to abolish the police is nominating justices that consistently side with violent criminals, release violent criminals, refuse to enforce the law and that results in jeopardizing innocent citizens,” and questions regarding them are “fair game.”

Jackson will face questions from the committee as the hearings continue Tuesday.