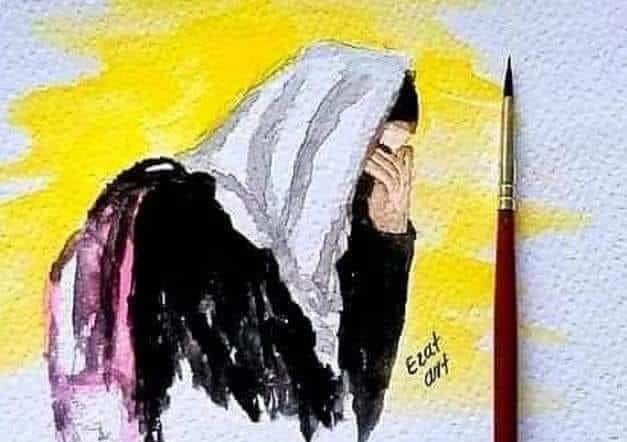 Law students and lawyers in Afghanistan are filing reports with JURIST on the situation there after the Taliban takeover. Here, a law student in Kabul reports on a surprise Taliban announcement that Afghan schools above the sixth grade would continue to be closed to girls, just as they were scheduled to reopen for them. He also comments on a disconcerting surge in anti-Persian nationalism among Taliban leaders that is having a variety of negative social consequences. For privacy and security reasons, we are withholding our correspondent’s name. The text has only been lightly edited to respect the author’s voice.

It was a dark day indeed. On Wednesday, girls in Kabul were to start school again and try to adapt to the new life under the Taliban. Many, including my own sister, went to school after seven months of being away from their fundamental right to education. A sense of joy was visible on the faces of these innocent girls, to go out again and meet their friends and teachers. But that very morning, thousands of girls were turned back and not permitted to enter their schools. Many who had gotten in were forced out of their classes after the Taliban announced at the very last minute that their schools will stay closed to girls until further notice.

My sister said: “after the teachers came in to tell us to leave and informed us of the situation, girls slowly left their classes in heartbreak, and soon enough the halls were filled with wailing”.  Girls and their teachers wept together in grief as if someone had died.

The girl’s schools are kept shut, even though all the the requirements laid down by the Taliban, including the special hijab dress, female teachers, and subjects aligned with their perception of Islamic values have all been met. But still girls are refused education.

And this is not all that is going on in Afghanistan now. There is also a surge in tribal nationalism, embraced by the Taliban government. In 1998  a book entitled the Second Saqqawists told a young generation of Pathans how Persian/Farsi speakers in Afghanistan were becoming dominant and that Pathans culture and their “Pashto” language would be forgotten, unless they prevented that. The author also reintroduced a concept called “Persianization”, using it to divide the Pathans in Afghanistan between actual Pathans and those who are Persianized, speak Farsi and have been influenced by Tajiks. The author argued that although Afghan leaders had been mostly Pathan, governance was mostly performed by Pathan Persian speakers, and that their influence in art, music and socio-cultural factors was a threat to true Pathan identity.

And that is how the Afghan nationalists were born. Although the nationalists had been around for years, this book pinpointed a supposedly “threat” from other ethnic groups to Pathan identity, which in turn provoked young boys and narrow-minded individuals and tribal leaders to fight for that. The movement of nationalism/fascism in Afghanistan believes in tribal power, and that governance should belong to a certain group.

The phrase “history is repeating itself” is widely known and rarely seen in practice, but here we are seeing it verbatim from history books. Taliban are known for being Islamic fundamentalists and extremists, though that is not all. Taliban are also very deeply rooted in nationalism and fascism, believing in exclusivity of leadership and government to certain tribes. Thus, every decision that is taken in this government is filtered to whether it is aligned with their tribal interests.

Since Kabul fell in August up to the present time, there have been mild aggressions against Persian language, commonly coming from the bottom of the Taliban’s ranks. It is noteworthy to point out that Farsi has been in effect the government’s language from the time of the old empires and kingdoms that ruled in this land through to the Anglo-Afghan wars and beyond. As a British general wrote in a letter to British officials in India, in response to a question about what language the British should prefer in running Afghanistan, he wrote “Persian, as it is French of the east”.

The Taliban have come out in pursuit of changing that. Now after barely more than half a year of their reign, mild aggressions have turned into polices coming directly from their leaders, such as omitting Persian text from universities’ names, changing the names of villages and streets from Persian and erasing Persian from government websites. In their last attempt to fight a cultural battle with oppression and guns, the Taliban has declared that celebration of Nowruz/Naw-ruz (“New day”) is henceforward Haram. Nowruz is the first day of the new year in the Persian calendar. This holiday has been celebrated in Afghanistan since the birth of its people. Nowruz is embedded in Persian and Zoroastrian mythology and is considered an international day, celebrated from Moscow to Kabul and Los Angeles. The day marks the rebirth of nature, and is celebrated by Christians, Muslims and Jews as well as Zoroastrian communities in every corner of the world. The Taliban have decided that because Nowruz’s origin is embedded with Mithraism and Zoroastrianism, it is not permitted by Islam, though many Islamic scholars have made it clear that Nowruz is not in contrary to Islam. The obvious reason for the Taliban stance is resentment against other cultures,  especially Persian culture. As beautifully put by the Greek poet, they are trying to bury us, not knowing we are seeds. And that is how our story will turn out, we will grow back stronger, in a garden where diversity is appreciated, music and art are encouraged and where, for God’s sake, girls are welcomed in schools.