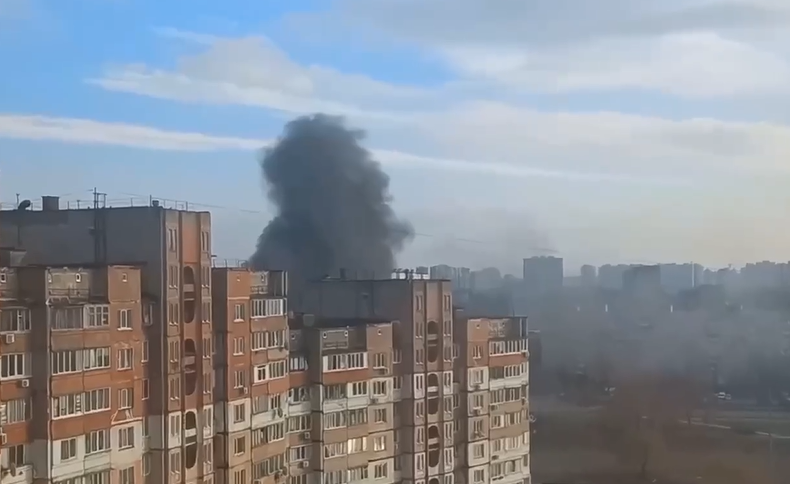 © JURIST
Law students and young lawyers in Ukraine are reporting for JURIST on the latest developments in that country as it defends itself against Russian invasion. Here, a Ukrainian lawyer and LLM graduate of the University of Pittsburgh School of Law makes a general appeal for assistance as the country’s major cities come under sustained attack.  For the latest developments as reported by JURIST legal correspondents across Ukraine, follow JURIST’s Twitter feed @JURISTnews .

My name is Taras Shablii, I’m a Ukrainian citizen, currently living in Kyiv. I graduated from University of Pittsburgh School of Law, LL.M. program in 2014 which affords me to appreciate the democratic values the US is built upon. Which is why I believe in the rule of law and the power of democratic action. These are trying times for Ukraine and I’m asking for your support.
As you well know, on 24 of February 2022, at 5.00 AM the armed forces of the Russian Federation attacked Ukraine.
It is an unprecedented, unprovoked full-scale attack from multiple directions: Kyiv, Odesa, Kherson region, Sumy, Chernihiv, Kharkiv, Zhytomyr, Zaporizzia region, Donetsk region, Lugansk region. As of yesterday, they managed to take over Chernobyl nuclear power plant. Dozens of military airports and bases were bombed all over the country. Kyiv is under attack at this very moment, an apartment building was hit and I hear distant explosions as I’m writing this. The Ukrainian army took the fight and stands with both feet on the ground, as it continues to successfully defend us.
The help we currently need from our friends and allies abroad:
1. The most important thing you can do for Ukraine now is to READ and SHARE verified information about Russia’s attack on Ukraine. The reliable sources of information are: https://kyivindependent.com/ , Ministry of Defense facebook page , Ministry of Foreign Affairs twitter account

2. Moreover, reach out to your governments, MPs, any officials you can find to demand severe action against Russia. All business with the invader must stop: financial assets – frozen, investments – stopped, travel – banned. Russia can be stopped only by a united force.

3. You could also support our military financially. The National Bank of Ukraine opened a special account to raise funds and support our defence https://bank.gov.ua/en/news/all/natsionalniy-bank-vidkriv-spetsrahunok-dlya-zboru-koshtiv-na-potrebi-armiyi
I urge you to take action and do what is in your power to stop this unprecedented act of aggression.