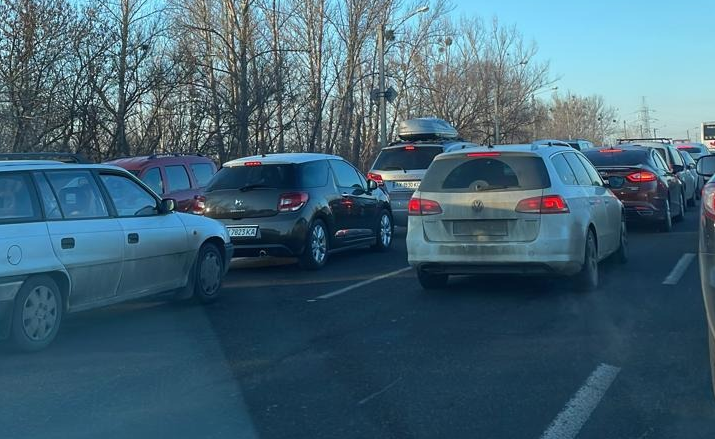 Law students and young lawyers in Ukraine are filing for JURIST on the latest developments in that country as it defends itself against Russian invasion. Here, a law student from V. N. Karazin Kharkiv National University describes her flight from the city Thursday after the first news of the Russian invasion reached her. The text has been very lightly edited to preserve our correspondent’s voice.

On 24th of February at 5:30 am I woke up because of a phone call from my friend. She told me: “it’s happened, pack your things and leave the city…” I heard she was crying while telling me these words, because it is actually unbelievable we have war in our native city, where we were born, went to school, had our first love and all other sweet memories.

My family packed baggages, we sit into the car and began our long trip to the quite place. While we were in a traffic gam explosions sounded from everywhere. We were driving day and night, the connection was unstable so sometimes we couldn’t even have a phone call with each other. There was a big problem to find patrol, huge queues to all of the gas stations. But there were also queues to the banks and pharmacies.

In Kharkiv [itself] people are hiding in metro stations and tunnels, information about bomb shelters was shared immediately. The most terrible thing that people actually need it… there are a lot of dangers outside. They said soldiers won’t touch sleeping quarters, but today some residential buildings were burnt. They said it is a peace mission, but people are dying because of it.

Why we have uncountable losses while protecting our home? Why we have to do it in 21st century?

For rolling reports on the Russian invasion from JURIST’s legal correspondents across Ukraine, follow us on Twitter @JURISTnews .