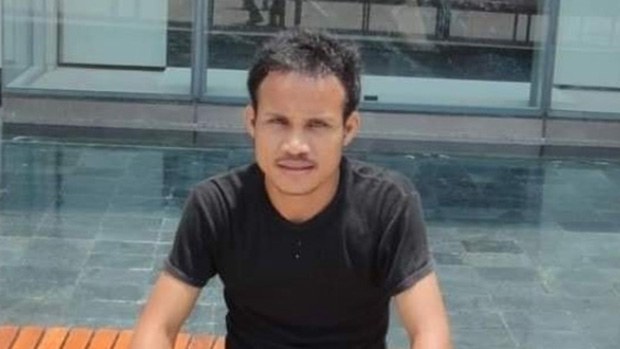 According to Radio Free Asia (RFA), Keomanivong was brought to Don Mueang Kwaeng District Court in Bangkok on Monday and convicted of overstaying his visa. He was then transferred to the immigration bureau but released on bail Tuesday. Citing restrictions imposed by Thai authorities about discussing the conditions of his release, Keomanivong stated:

What I can say right now is that I’ve been bailed out with the help of a human rights lawyer and the U.N. I can only sleep and stay in and travel to certain restricted areas, and I can’t travel to the provinces…I stopped my political activities more than two years ago after getting my UNHCR card. One of the conditions of my obtaining that card was that I end my involvement in politics. The problem of my arrest arose because some individuals saw some old stories online and reported them…If I now have to go to a third country, I’ll go. But if I’m given a choice, and if there’s more security for me here in Thailand, I’d prefer to stay here.

The Director of the Asia Desk for the International Federation for Human Rights tweeted that if Keomanivong is deported to Laos, “it is very likely he will be detained and prosecuted for his pro-democracy activities while in Thailand.”

In December 2020, several specialty working groups reported to the UN Office of the High Commissioner for Human Rights (OHCHR) that four of the Thai activists who disappeared in Laos were allegedly extrajudically executed. Surachai Danwattananusorn, Chatchan Bubphawan and Kraidej Luelert were last seen in December 2018, and the remains of the latter two were found on the banks of the Mekong River. The fourth activist, Itthipol Sukpan, disappeared two years earlier in June 2016.

Laotian activist and Free Lao member Od Sayavong was forcibly disappeared in Thailand in 2019 and his whereabouts are still unknown. At the time of his disappearance, Sayavong was a UN-recognized refugee and was awaiting resettlement to a third country.