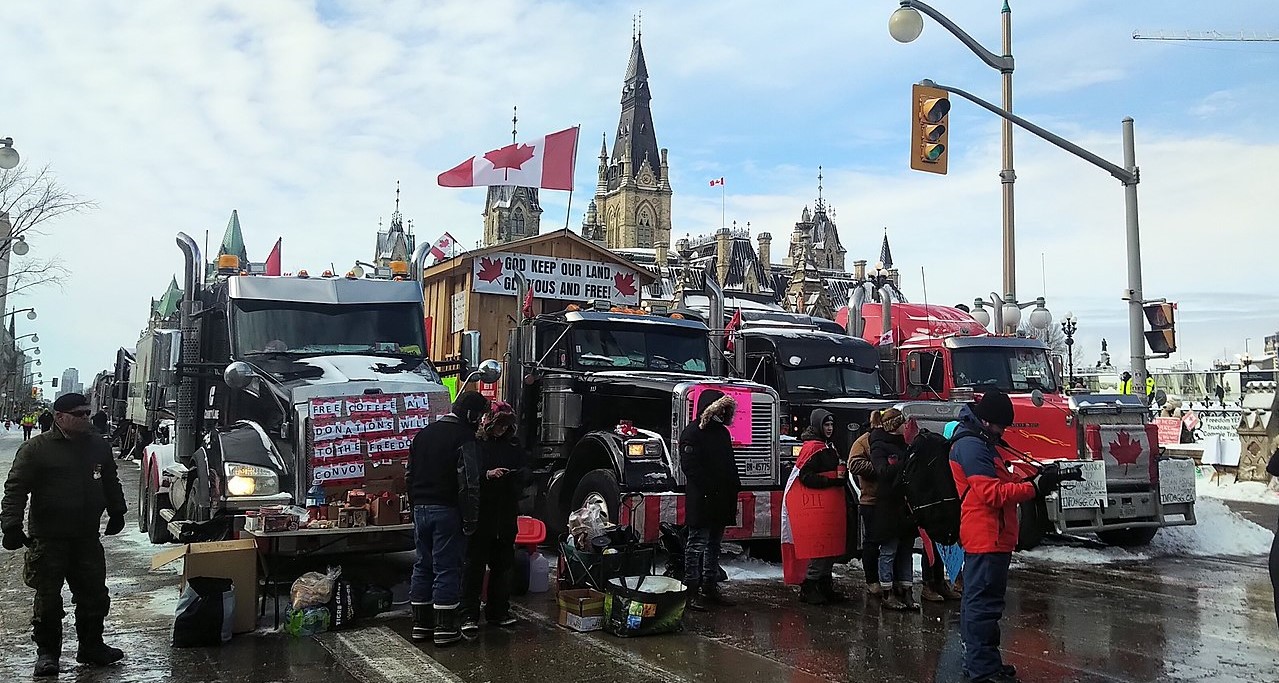 Ottawa Mayor Jim Watson declared a state of emergency in Canada’s capital Sunday, more than a week after a trucker-led protest against pandemic-related restrictions virtually shut down the city centre.

In a press release in November, the federal government announced certain adjustments to the country’s pandemic-related border measures. Among other things, the government said that “as of January 15, 2022, certain groups of travelers, who are currently exempt from entry requirements, will only be allowed to enter the country if they are fully vaccinated with one of the vaccines approved for entry into Canada.” The government also expressly stated that these groups would include several essential service providers such as truck drivers.

Several truck drivers from western Canada began the “Freedom Convoy 2022” and headed to Ottawa in mid-January to protest against vaccine mandates and other COVID-19 control measures imposed by Canadian provincial governments. Hundreds of vehicles in the convoy arrived in the city late last month and occupied the city’s downtown area at or near Parliament Hill.

Last weekend some of the occupiers were filmed jumping and dancing atop the Tomb of the Unknown Soldier at the front of the National War Memorial— a cenotaph erected after the World War to commemorate unidentified fallen Canadian soldiers. The statue of Terry Fox, a notable Canadian athlete, humanitarian, and cancer research activist, was defaced with anti-vaccine messaging and an inverted Canadian Flag.

Many businesses have been closed for over a week, leading to millions of dollars worth of losses.

In declaring the state of emergency pursuant to § 4(1) of the Emergency Management and Civil Protection Act, the Mayor’s office stated:

the peace and safety of residents of the City of Ottawa, particularly in the downtown area, have been severely disrupted, virtually 24 hours a day, including those of children, vulnerable peoples, healthcare workers, long-term care centre workers, emergency workers, and other frontline workers who serve our community…this illegal occupation shows no signs of ending…It is evident that the magnitude of this unprecedented occupation is frustrating the ability of the municipality to provide adequate and effective police services as defined by the Police Services Act and that local policing alone will not restore public order and safety to the residents and visitors of the City of Ottawa.