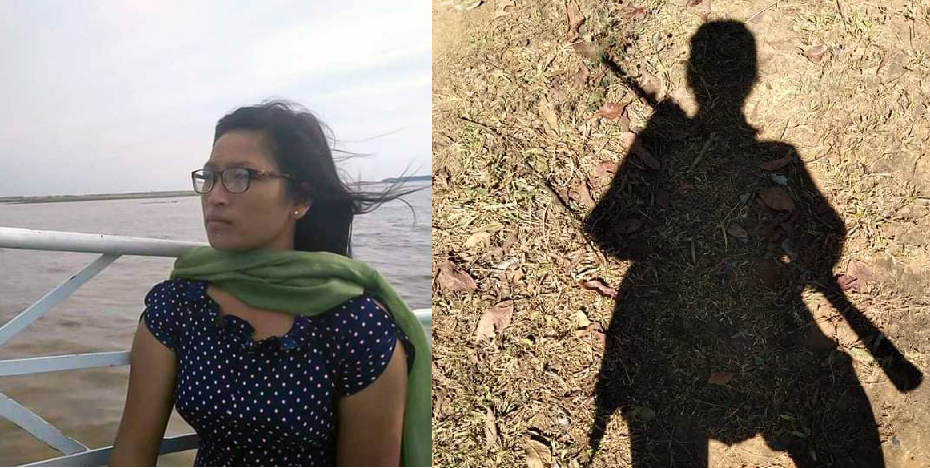 Myanmar law students are reporting for JURIST on challenges to the rule of law in their country under the military junta that deposed the civilian government of Aung San Suu Kyi in February 2021.

In this exclusive JURIST dispatch,  law student Theint Sandi Soe tells in her own words, in English, the story of her extraordinary and daunting 1-year journey from being an ordinary law student in Mandalay to being a prisoner of the Myanmar military junta to being a People’s Defense Force [PDF] soldier personally taking up arms to help remove the junta from power by force. JURIST previously covered Theint Sandi Soe’s arrest and detention in news reports, dispatches and a feature in August. Theint Sandi Soe wrote this at PDF training camp in an undisclosed location in Myanmar. The text has only been lightly edited to respect the author’s voice.

I’m a law student in the fifth batch of Mandalay University, Myanmar, also known as Burma.

As everyone knows, Myanmar has been under military control since the February 1, 2021.

We, university students, have been taking part in the spring revolution in Myanmar [against the military junta] neglecting our academic lives and our aims.

During the peaceful stage of the revolution, my mother, my little sister (age only five) and I were arrested in early June of 2021 by terrorist actions of junta at home. [Editor’s note: junta agents were looking for Theint Sandi Soe’s father, a well known pro-democracy activist].

In late October of 2021, my mother and I were released, with the understanding that if we took up the revolutionary case again, we would be kept in prison under section 401(1) of the penal code, Burma.

After we left the prison, my little brother, age only fifteen, left us to join the Peoples Defence Force. This is proof that being underage doesn’t stop Myanmar from revolting against the terrorist military junta for our federal democracy.

Now we are both in the underground revolution, learning how to shoot guns because the military junta ignored our previous peaceful protests.

As for me, although I was released with the agreement to not revolt against the military junta again, I’m right here now in the Myanmar PDF burying my whole life to become a well-trained woman commando.

For the normal law student, we’ve never thought about how to shoot a rifle, how to be trained to become a soldier and how we would do on the battlefield. The old us just thought about how to prepare our assignments, how to make presentations and how to do research. But now, we are learning how to fight the facist junta.

Although we have been fighting the spring revolution for over a year now, we, Myanmar citizens, will never stop revolting against the junta, to hold on to our freedom and federal democracy for our country. This spring revolution will be our End Game to cut the whole roots of the fascist junta from our motherland. From now on,we will describe our motherland Myanmar as a peaceful federal democratic anti-junta country.

Thank you so much everyone for reading till here with interest.